10 things Minnesotans are (or should be) over
Odyssey

10 things Minnesotans are (or should be) over 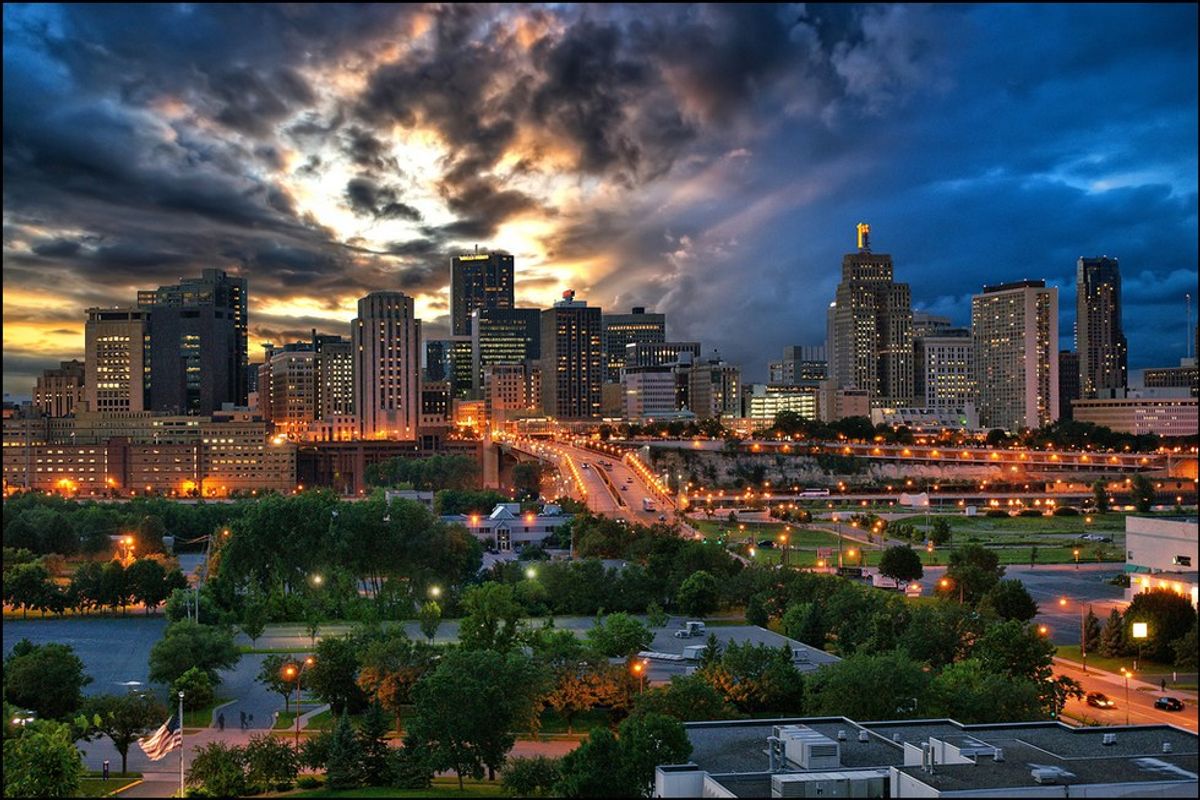 If you’re into overcrowded, germ-filled, overwhelmingly gigantic malls that have literally been threatened by terrorists, then MOA is the place for you. Personally, I try to keep my presence there to only once a year. It lost it’s charm when it lost Camp Snoopy.

2. When outsiders start talking to us with a Canadian accent

Uh? Why are you saying, “eh” after every sentence? Just in case you missed out on geography class, you have to go a bit further north for that to be normal. Sure, some of us have a tiny bit of an accent. But the stereotyped Minnesotan accent is actually truly Canadian.

Dear Minnesotans who still think this is acceptable, let’s put the passive aggressive approach to life to rest. It's so 1950.

The real reason why we’re usually dressed like Eskimos or hunters all day every day is because being fashionable is a waste of money. Ugg’s have a lifespan of like 3 snow days here.

5. Everyone forgetting how to drive when snow comes

I know Minnesota is one of the most liberal states when it comes to getting our driving license, but seriously? You don’t know that when there are four inches of snow on the freeway you’re not supposed to go seventy miles per hour?

6. People in the South complaining about the cold

7. Outsiders telling us we are saying Wisconsin wrong

Excuse me? I’m basically from there, so let’s rephrase that statement. You say Wisconsin wrong.

Well, considering the fact that during the Presidential elections we always go Democrat, I would beg to differ. We’re actually pretty liberal. We even host the Rubberdoll World Rendezvous in Minneapolis, which is where grown men who dress in plastic doll suits gather from across the world. If that’s conservative then yeah, you betcha we're conservative.

Well, we did invent the toaster. And I think the last time I saw a payphone was when I was in London. But for your sake, I'll pretend like I haven't had a cell phone since I was twelve and that I know how to drive one of those horse buggy things.

“I need a pool,” said no Minnesotan ever. With over fifteen thousand lakes, we don’t need pools around here. Plus, if we're being totally honest, no one enjoys getting chlorine in their eyes or hair. Us Minnesotans who stick with our freshwater lakes don't have that problem.

Caitlin Marie Grimes
University of South Florida
11753
Beyond The States