It's not easy being perfect. 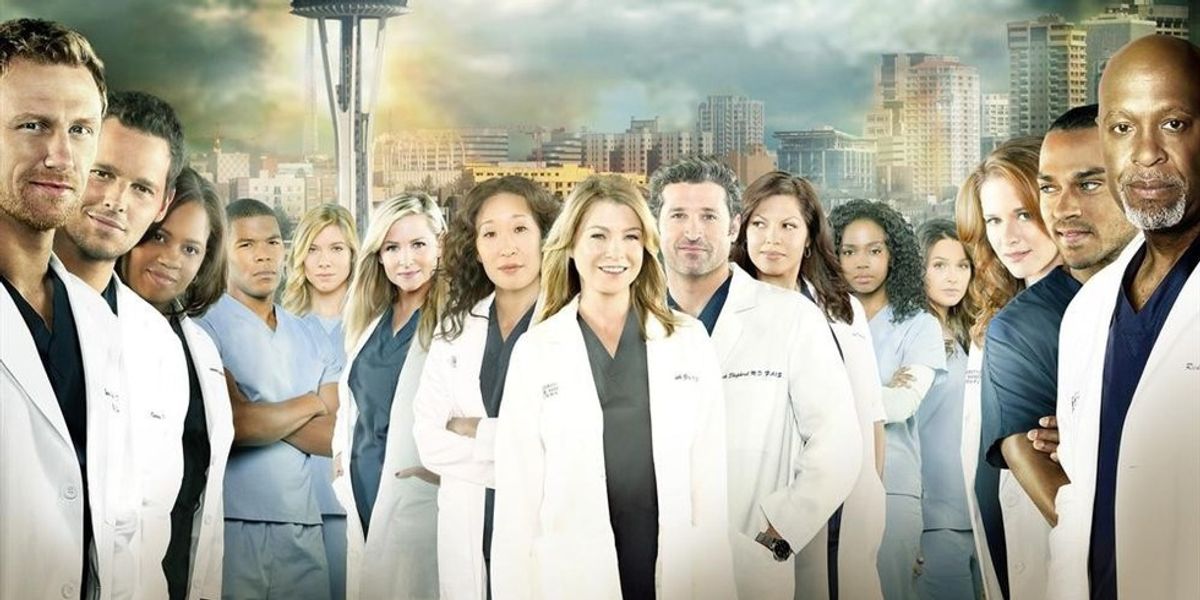 I think it's safe to say that everyone has heard of Grey's Anatomy. The tv show prides itself on the accuracy of the medicine and the procedures. They even bring in real scrub nurses and surgeons to make the procedures look real. However, even with all these precautions, they still make mistakes that remind us that it is ficticious.

We all know that Meredith loves tequila, it's her thing. However, in season six, Meredith donates part of her liver to her alcoholic father, Thatcher. With only a partial liver, you can't drink alcohol. Meredith continues to drink, a lot.

It seems like every 5 seconds someone is coding which requires CPR until a crash cart arrives. When you're taught CPR, you're taught that the rhythm of your chest compressions is crucial. Sing Stayin' Alive in your head, and you're golden. However, sometimes the doctors at Grey Sloan Memorial are slower than snails.

3. Surgeons don't have that much to do with patient care

After surgery, you don't see your surgeon that much. They instruct post-op care to nurses, who are the ones that actually carry it out. Surgeons very rarely respond to codes, they simply don't have the time.

The surgeons seem to do it all, from reading scan to starting IVs. It's like nurses and radiologists don't even exist. A surgeon works with the radiologist to interpret scans, they don't interpret them themselves.

Maggie is Meredith's sister who is 5 years younger. They both become head of departments at the same time. This is mathematically impossible. Simple thinking tells you that Maggie should just now be starting her residency, not becoming the head of cardio at a major hospital.

6. The surgeons are rude

In order to have a well run hospital, you have to work as a team. If you're constantly barking at your inferiors, you aren't going to get along well. Rounding without the input of nurses, techs, and therapists risk mistakes.

Let's just say if residents were really bumping uglies in the hospital all the time, they really would end in a room with attendings... there would just be a disciplinary board in there as well.

If a doctor actually did what Izzie did, they could kiss their medical career goodbye. There's no way they would ever be allowed to practice medicine again. Their license would be pulled and they would possibly even face jail time.

I don't know if they just have really bad luck, or what but its literally one in a trillion chance that a bomb, a shooting, a drowning, and a plane crash could happen to one hospital.

The board is compromised of attendings and fellows who bought the hospital with the settlement they got from the plane crash... fellows... running the hospital... yeah right!