10 Songs To Get You Into Post-Hardcore 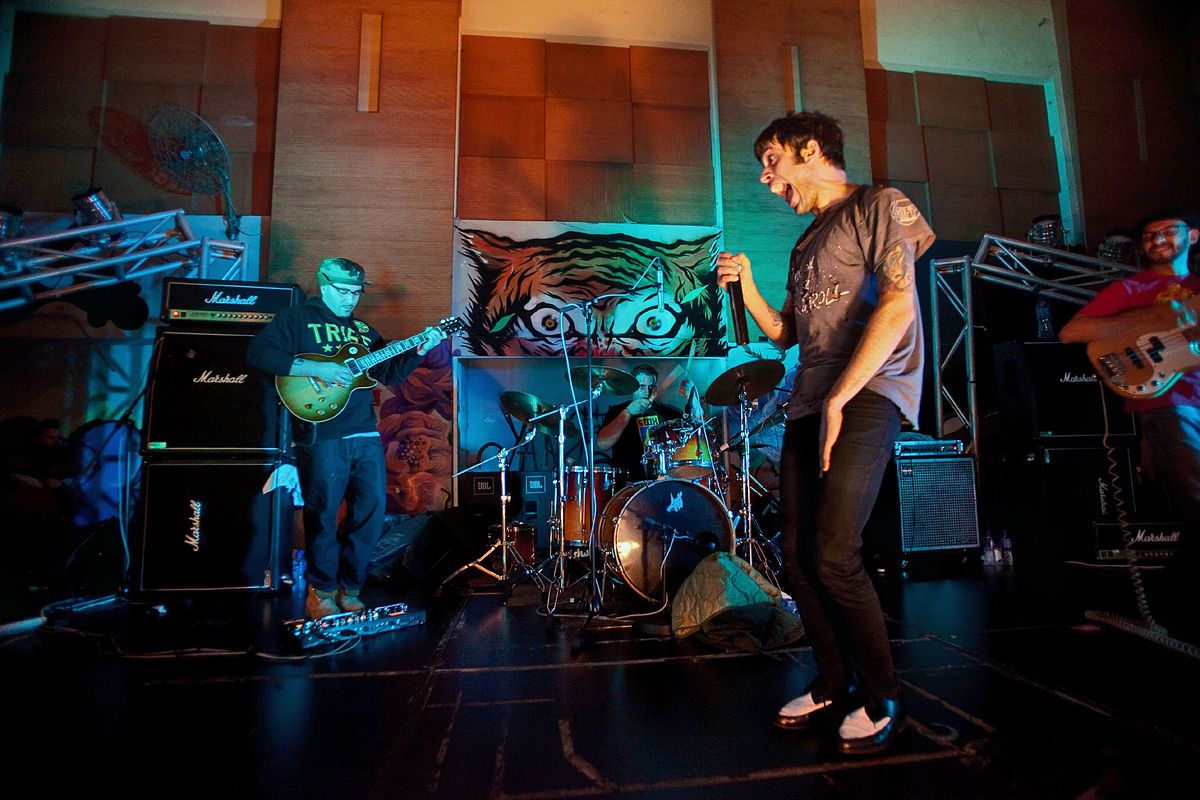 Post-hardcore is a rather vague genre label, initially referring to bands that took the hardcore punk framework and twisted it into strange new shapes, now just a bracket for bands too heavy to be pop punk and not aggro enough to be metalcore. However it is a genre that’s produced many brilliant records and many brilliant bands, and I’d like to give ye all a brief wee overview with ten songs to show you just what this little subgenre can do at its best.

Steve Albini is notable for having produced a number of brilliant albums, In Utero needing no introduction. Before that however, he was a member of Chicago’s Big Black, a band that took the anger of hardcore, the invention of post-punk and created some of the most evil, confrontational music in existence. Albini’s sneering, malevolent vocals, the slicing, razor sharp guitars and a pummelling drum machine set out an early, embryonic form of post-hardcore that few bands have ever come close to topping, or even imitating.

Ian MacKaye was already notorious for his role in shortlived but essential hardcore band Minor Threat, but he’d go on to make some more interesting music with Fugazi. They took hardcore and injected it with the fluidity of dub, stop-start dynamics and strange, interlocking guitarwork. “Waiting Room” is the most straightforward example of this, with huge singalong parts and a truly monstrous groove. They’re a legendary, influential band with a wide and varied discography well worth delving into.

Somehow being signed to a major label due to their members being in the more commercially viable Rocket From The Crypt, Drive Like Jehu’s flame burned short, but it burned oh so brighty. They’re probably the proggiest of the early post-hardcore bands, with intricate structures and wild, vicious performances, going on to influence the likes of the screamo scene, the math rock bands soon to come and any number of other acts.

Sweden’s finest, Refused hit their artistic peak with 1998’s The Shape Of Punk To Come, and I’ve picked this single off it to show you just how good this band is. There’s the dynamic shifts and builds, the weird techno bit before we get that riff, oh my what a riff. They’re a band who knew exactly what they wanted to do, smash as many musical boundaries as possible, produce something that just bleeds passion and intensity, and with this song and that album they most certainly did.

5: Thursday: Understanding In A Car Crash

Thursday came from the underground scream scene in New Jersey, combining the emotional catharsis with the melancholy end of post punk to help push emo and post hardcore further into the public consciousness. The swirling guitars and moody ambience owe much to The Cure yet the tortured screams and thunderous conclusion show they are very much a hardcore band.

Glassjaw came from the New York hardcore scene, but rather than macho NYHC posturing, they brought experimentalism with rhythm and texture and one of the finest vocalists in this genre with Daryl Palumbo. His voice can shift effortless from gut wrenching screams to soulful croons, every syllable drenched in emotion, every musical note the band produces, almost on the verge of collapsing yet staying rock solid. What a band.

Saosin took the sky crushing yet crystalline riffs of Deftones, welded that to the trail blazed by Thursday, yet their ace in the hole at this point in their career was Anthony Green. The high pitched, femmine crooning we now associate with this genre, crudely imitated by the likes of Vic Fuentes? We have Anthony to thank for that, he’s the best to ever do that style. The riff here is also absolutely massive.

8: Funeral For A Friend: Roses For The Dead

I’ve spoken a lot here about the experimental and odd nature of a lot of the post-hardcore genre, but what about if you just want a really good, emotional banger? Wales’ Funeral For A Friend have you covered with this cut off their second album, Hours. A driving yet melodic riff, the melancholy of Thursday hanging over the track and some absolutely heart-breaking lyrics, Funeral For A Friend were truly something special.

9: Thrice: Stare At The Sun

Thrice were always a musician’s band, throwing out odd time signatures, odd riffs and with an experimental spirit that wouldn’t compromise the quality of the songs. “Stare At The Sun” is a great example of this, with it’s odd bassline, spacy chorus riff and huge vocal hooks. They would embrace a lot more of an indie flavour later on in their career, but their status as post-hardcore legends is firmly crystallized with this song, and its corresponding album, The Artist In The Ambulance.

10: At The Drive In: One Armed Scissor

Texas’ At The Drive In were perhaps the post-hardcore band best loved by the indie crowd and “serious” music critics. With their wild guitarwork, abrupt shifts in pace and the dense, abstract lyricism it’s not hard to see why. The wild prog members would go onto to do in more depth with The Mars Volta had its grounding in hardcore however, an important grounding factor ensuring this song has maximum impact, the album it’s off, Relationship Of Command is also a stone cold classic.

QueenRadhi
The State University of New York at Stony Brook
219