10 Reasons Why The 90s Was The Best Decade For Music

We've seen timeless hits throughout the years, but the 90s era had quite the impact. 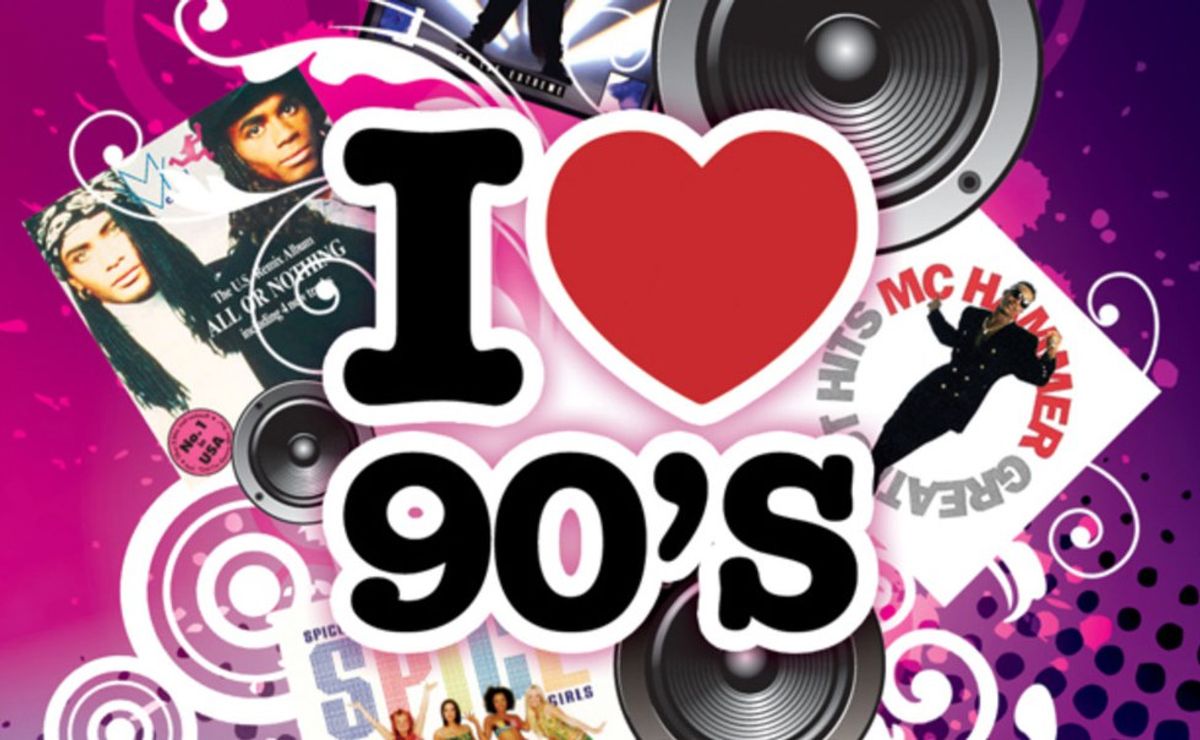 90s nostalgia is iconic. From Beanie Babies, Tamagotchi’s and Furbies to chokers, jelly shoes and Nickelodeon, 90s kids have a lot of greatness to reflect on. With all the cool toys, shows and fashion trends, 90s babies grew up with an influence that will last in childhood memories for years to come. But we can’t forget the most memorable of all, an influence that shapes so much more about who we are than the material things –– and that’s music of course.

90s music has an influence like none other. It’s carried on throughout the decades to a point where it facades over the 2000s and makes you think it was all just one giant era of amazingness. Here are some reminders of why the 90s was the best decade for music:

R&B hits in the 90s were probably some of the sexiest songs ever produced. Between the greased up bodies and skin-tight clothes, love-making music was sexier than ever. Songs from artists like Aaliyah, Jodeci, K-Ci & JoJo, Faith Evans, Keith Sweat and Ginuwine were bound to make your clothes just magically fall off –– just to name a few.

The original electronic dance music (EDM) scene started in the mid-to-late 80s and emerged throughout the 90s with synthesized techno music hitting all the dance clubs. Classic songs you find in a typical 90s club have been commonly remixed in today’s EDM scene by artists like Sam Feldt and Clean Bandit and have also influenced artists like Calvin Harris and Lady Gaga, but the originals will always remind us of the main era in which the genre thrived.

A few popular songs that take you back:

Rhythm of the Night –– Corona

From 1991-1997 the epic East Coast vs. West Coast battle was led in the hip-hop scene by Notorious B.I.G and Tupac Shakur. Biggie, from Brooklyn New York, repped the East Coast through Bad Boy Records, while Tupac, though originally born in New York, moved to Los Angeles and repped the West Coast through Death Row Records. Despite their tragedies, with so many timeless hits from both artists, their legacies are forever carried on through hip hop music for generations to come.

A song you probably know all the words to

Rather than ending in an unfortunate tragedy like Biggie and Tupac, the Jay Z vs. Nas battle ended in success. It has been said that when Tupac and Biggie were shot in 1996 and 1997, Jay Z and Nas battled for the throne as the next rising king of hip-hop. Even though they beefed for a little bit, they eventually squashed it and collaborated on songs together. Nas even signed with Def Jam Records when Jay Z was president of the label. We’re glad the feud ended and never rose to the East Coast vs. West Coast level so that we can have them both here still making great music today.

Jay Z vs. Nas Part I

Aside from all the beefing in the 90s hip-hop scene, some friendships grew so much they became iconic and irreplaceable. After N.W.A, Dr. Dre released his solo album and began to collaborate with a number of artists, even introducing many to the scene. His collab with Snoop Dogg seems to be one of the most memorable of the 90s –– especially with hit songs like “Nuthin But A 'G' Thang.” Then of course, his duo with Eminem in the late 90s into the 2000s, which blossomed into a plethora of iconic hip hop music to come.

Ah, the era of boy bands. What would we do without cheesy pop songs harmonized by adolescent dream boats like Justin Timberlake? The 90s just wouldn’t be the same. So, of course when you think “boy band in the 90s” you think *Nsync or Backstreet Boys –– but we can’t forget the little guys, like 98 Degrees, LFO, B2K, Hanson and so many others that gave us memorable hits –– or in Hanson’s case –– one hit wonders. We also can’t forget about the grown-n-sexy all guy groups like Dru Hill, Jagged Edge and my personal favorite—Boyz II Men! And, most importantly the iconic girl groups that my friends and I would fight over about which one we got to be during our lip-syncing concerts, like the Spice Girls, TLC, SWV and Destiny’s Child. I was always Beyonce—just saying.

7. Britney and Christina –– And Other Pop Stars

The bubblegum pop songs of the 90s are probably the hands down most memorable when it comes to lyrics. Nobody will know why, but once a 90s baby hears the lines, “My loneliness is killing me, AND I, I must confess, I still believe, still believe, when I’m not with you I lose my mind, give me a sign – hit me baby one more time,” they can’t help but to somehow know all the words. Britney Spears, Christina Aguilera and R&B/popish Mariah Carey seem to take the crown for biggest pop-stars of the decade, but we can’t forget about the other divas we loved, like Mandy Moore, reggae/popish Gwen Stefani, and the epic “Boy is Mine” battle between Brandy and Monica.

We’ve all seen them, we all know them, and yes, we all do them. Whether it’s at a wedding, a sporting event or just randomly played on the radio, synchronized group dance hits from the 90s like the Macarena, the YMCA and Cotton-Eyed-Joe, were the predecessors to fads like the Dougie and the Whip/Nay Nay.

When you picture a 90s chick-flick or rom-com, you can’t help but to think of some alternative rock music playing in the background of a house party like in "Can’t Hardly Wait" or "10 Things I Hate About You." The rock genre throughout the 90s ranges in everything from Foo Fighters, Red Hot Chili Peppers, Green Day, The Smashing Pumpkins and Nirvana, to U2, Weezer and Pearl Jam, to 311 and Sublime—making this genre extremely diverse. One common factor you can count on is that the song is most likely played in a scene or two of your favorite 90s movie.

Though the name may not immediately ring a bell –– if you ever payed attention to the credits in any Nickelodeon cartoon you may have noticed Mark Mothersbaugh’s name pop-up quite a few times. The singer, songwriter, composer, multi-instrumentalist, record producer and more has produced numerous songs and soundtracks for television throughout the 90s. For example, the theme song of Nickelodeon’s Rocket Power and pretty much all of the music in Rugrats was composed by Mothersbaugh. His funky beats are part of the reason why Nickelodeon will always be cool and forever memorable.