10 Movies and Shows That Shaped the Modern Superhero Universe
Odyssey
CurrentlySwoonLifestyleHealth & WellnessStudent LifeContent InspirationEntertainmentPolitics and ActivismSportsAdulting
About usAdvertiseTermsPrivacyDMCAContact us
® 2023 ODYSSEY
Welcome back
Sign in to comment to your favorite stories, participate in your community and interact with your friends
or
LOG IN WITH FACEBOOK
No account? Create one
Start writing a post
Entertainment

10 Movies and Shows That Shaped the Modern Superhero Universe

From Spidey to Luke Cage, these movies and shows helped put superheroes back in the spotlight. 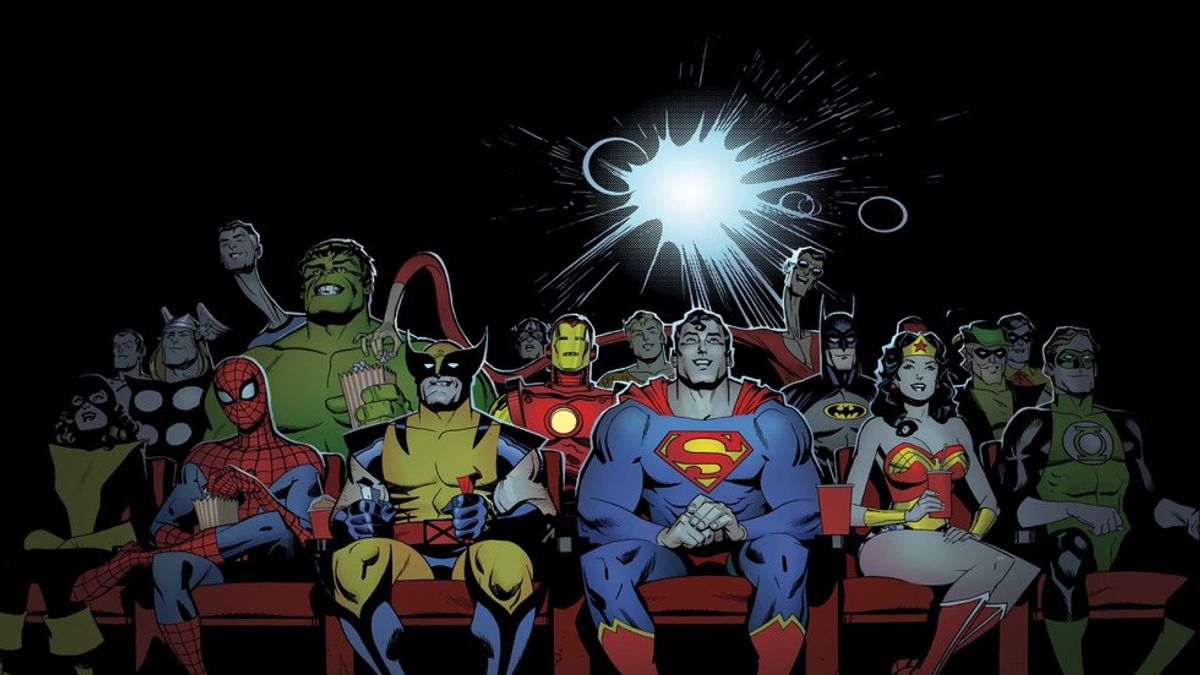 Just last week, Marvel's "Luke Cage" came out on Netflix. Judging by how quickly both my girlfriend, my roommate, and I finished the series, I guess you could say it was pretty good. Marvel once again provides us with a clever, up-in-your-face superhero show, just as they've done for almost ten years.

Of course, Marvel existed far before the first "Iron Man" movie came out, but at the moment, we're right in the middle of a massive entertainment dynasty based on our favorite folks in tights. And it isn't all Marvel. DC is trying their best to keep up, and while the start has been kind of rocky, I expect we'll see some better products down the road. It really is interesting to see how this all started, so that's what I'm going to do; here are ten movies and shows that are the origin story of the modern superhero universe.

"You jump-start things with an event movie, follow up with a TV show for continuity and fashion a high quality videogame. When the three are combined and introduced successfully, that creates a very powerful brand." These were the words of Avi Arad, former president-CEO of Marvel Studios. Mr. Arad couldn't be more right about his idea for a strong brand, and the return of the comic book superhero was very much due to the release of "X-Men" in 2000. By the time of its release, there was already plans for many movies such as Thor, Daredevil, and Spiderman. But the success of Professor X and his mutant students was a sign that the world was ready for superheroes. The film garnered positive reviews and opened strong against a slew of popular movies, one of which being Scary Movie. The franchise continues on to this day, though in the past; it's all pretty confusing.

Welcome to 2002, where a film about a guy who got bit by a spider and his dead uncle who also happens to be the name of a popular instant rice brand obliterated the box office. "Spider-Man" was the first film to gross over $100 million in the first three days, something that even "Harry Potter and the Sorcerer's Stone" couldn't pull off. The film was quite successful, turning moviegoers into J. Jonah Jamesons, calling out for more pictures of Spiderman (though we all collectively took that back by "Spider-Man 3"). The film also turned out an unexpectedly good video game rendition, furthering Mr. Arad's expectations of a strong brand.

Not to be outdone, DC Comics came out of the shadows and through the direction of Christopher Nolan and the talents of Christian Bale and Michael Caine to name a few, Batman, well, began. 2005 was just the start of the Dark Knight Trilogy, which took a much more intense angle on its films. It shifted the paradigm of the old "holy cliche pun, Batman!" to a new, broody with a side of brood Batman, with much success. It proved that a man with a cape and pointy ears could handle the same dark, real themes that your normal Oscar-worthy movie could provide. It brought Nolan into the mainstream spotlight, and created one of the most impressive yet unfortunate performances of the Joker.

With its release in 2008, Iron Man initiated the formation of the Marvel Cinematic Universe. Along with its main storyline, the film ends with Nick Fury discussing the Avengers with Tony Stark, and the rest is history. The movie incorporated excellent CGI with the cocky stage presence of Robert Downey Jr. to provide the kind of action-packed superhero movie we have come to know today. It would be four years and two days until the culmination of the Avengers hit the screen, but between then Marvel added a sequel to Iron Man, a movie for the Hulk and Thor, as well as the massively popular Captain America. By 2012, it was clear that Marvel was ready to launch their superhero franchise, whether we were ready or not.

10 years and a day after "Spider-Man" became the first movie to break $100 million in three days, "The Avengers" blew by that margin in only two, and became the highest grossing film after two days with about $150 million earned; currently, it only stands behind "Jurassic World" for the current record by $1 million. "The Avengers" had everything. Hero vs. hero battles, reckless destruction of entire city blocks, hell, it even created memes. "The Avengers" succeeded critically where other super groups failed (I'm looking at you "Fantastic Four"), and gave confidence to studios that people were truly invested in the superhero brand. So they went into overdrive.

Later in 2012, "Arrow" appeared on the CW. the TV series based on DC Comic "Green Arrow" hit the ground running, with season one being the highest rated new CW show in five years. Although "Arrow" is starting to turn sour in many viewer's eyes, it established the so-called "Arrowverse" on the CW, allowing for shows like "The Flash" and eventually "Supergirl" to land a fairly stable viewership on the network. It also allowed DC to compete against Marvel, who in 2013, started their own television franchise.

In 2013, ABC aired the first episodes of the "Agents of S.H.I.E.L.D." The show occurs during the same timeline as the Marvel Cinematic Universe, which means anything that happens in the movies could affect what happens in the show, and vice versa. Ultimately, it's a way for Marvel to build up a following through regular viewings, and for what it's worth, reviews are pretty positive. In my opinion, it really just confuses me even more, but hey, I'm no means a big Marvel comic follower.

"Man of Steel", released in 2013 was the beginning of the DC Extended Universe, the direct competitor to the Marvel Cinematic Universe. The film opened to mixed reviews, which has essentially been the cornerstone of each DCEU movie so far. At the moment, it seems that DC is having trouble mixing action with backstory, and thus, it's leaving some fans out of sorts. DC is trying to be different, with a grittier approach to their films than Marvel, and when that formula is eventually sorted out, we may see some really good movies. Also, Batfleck.

9. "Guardians of the Galaxy"

I'm going to be honest with you; the main reason this movie is on the list is because I think it's awesome. In terms of the MCU, "Guardians of the Galaxy" is important in moving the whole plot forward. But the fact that Marvel made these "lesser known" characters such a great movie is what's impressive to me. Moviegoer reactions have been very positive for the film, and I'm sure it'l be the same for other upcoming movies such as "Dr. Strange."

And finally, the superhero train stops here. For now. Through Netflix, the MCU has expanded into the new set of superheroes. By staying out of basic cable and the more family-friendly movies, shows like "Daredevil" are allowed to get darker, much darker. And people like the change of pace. In fact, some are saying that last weekend's Netflix outage might have been due to "Luke Cage" binge watchers. Sweet Christmas.

It's amazing to see how far superheroes have made it through entertainment. Their mass revival at the hands of Tobey Maguire has led to entire webs of movies and shows interconnecting with each other. We've seen some great things come out of this superhero surplus, and we've learned what doesn't come out so great (still looking at you "Fantastic Four"). We've been treated to something really super, which we could all need when real life comes knocking.