Daredevil Tried Too Hard To Be Spider-Man In 2003
Odyssey

Daredevil Tried Too Hard To Be Spider-Man In 2003

And failed at it. 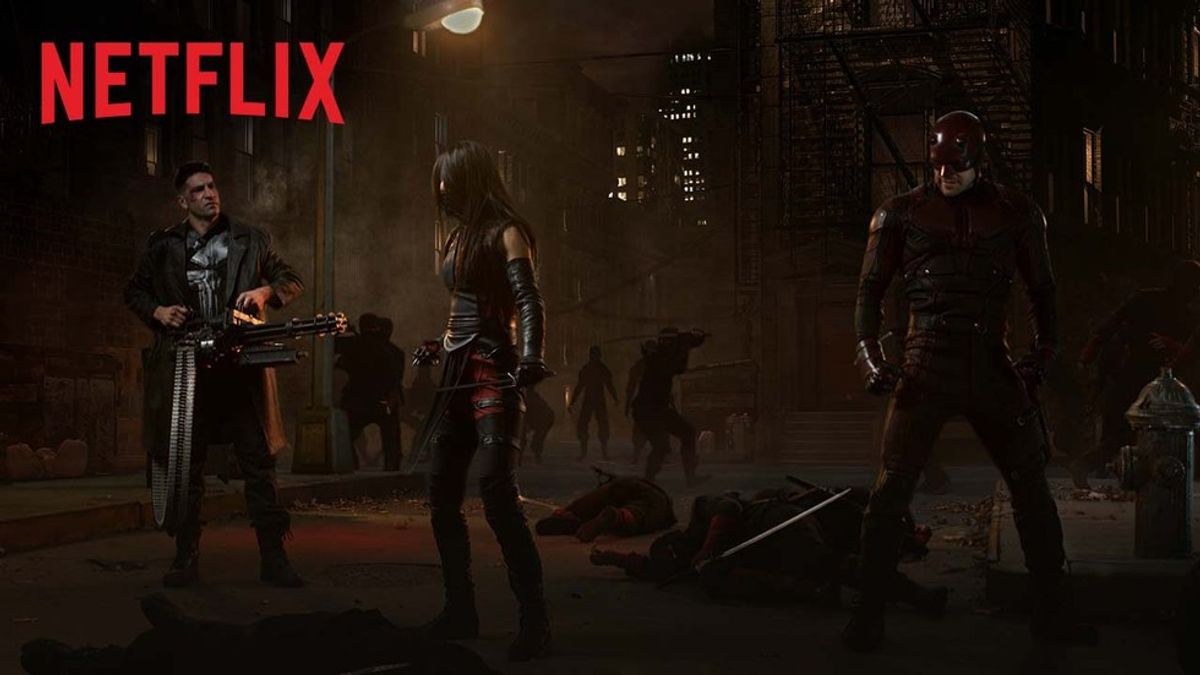 Marvel just confirmed "Daredevil" season three is coming, although not for another six months or so. I’m a bit relieved, since I haven’t finished season one.

Every so often as I work my way through the show, I accidentally remember something self-respecting Daredevil fans have tried to forget: the 2003 movie.

It has been blasted (or perhaps damned) right, left, and center by various people for the soundtrack, for the acting, and various other things. While a few people have negatively compared it to the Batman movies, I don’t think that’s quite the movie’s real problem. The real problem seems to be something a few reviewers have only hinted at: "Daredevil" tried too hard to be like the movie "Spider-Man."

I don’t know how intentional this was, although there's good reason to assume it was. After all, "Spider-Man" was very influential when it came out. It was one of the first successful superhero movies in a decade to play superheroes like real people. Tim Burton had success doing that with "Batman" (1989), but most of the following superhero movies were campy ("Mystery Men," "The Toxic Avenger") or tried to play it straight and failed critically ("Judge Dredd," "Crow: City of Angels") or commercially ("The Rocketeer").

"Spider-Man" was a movie that beat that trend, and revived a pattern other superhero movies could follow.

Here's the most obvious similarities between "Spider-Man" and "Daredevil:"

CGI doesn’t tend to age well, and slow-motion shots—like Peter Parker discovering his spider-sense or Daredevil kicking Bullseye off a motorcycle – only make it look worse. It becomes really obvious "Daredevil" was mimicking "Spider-Man’s" special effects when Matt Murdock's eyes get burned by waste and it looks almost exactly like the moment Peter’s body began changing from the spider bite.

But "Spider-Man" made this corny CGI work. We see similar special effects throughout the film, so we conclude this is just a cornball movie. "Daredevil" does no such thing, and we get nothing to distract from the bad CGI.

Even ignoring the special effects, "Daredevil" has an almost parallel story structure to "Spider-Man." It's a story structure we first saw in "Superman: The Movie" and which "Spider-Man" successfully revived. It runs something like this:

Start movie with the origin story.

In "Spider-Man," we see who Peter Parker was before superpowers (nerdy kid living with his aunt and uncle), how he got his powers (genetically-engineered spider), he seemingly overnight learns to use them and then has a climactic moment that influences him to become a hero (tries to win money as a prize fighter, lets a thief get away, thief kills his father-figure and he realizes with great power comes great responsibility).

With "Daredevil," we see Matt Murdock pre-powers (smart, not particularly studious son of a washed-out boxer), the climactic moment (hit by radioactive waste), how he develops his powers, and after mobsters kill his father-figure, he decides to fight crime.

The problem is, Murdock’s rise to power can’t be explained as quickly. Peter’s powers include an ESP-like "spider sense" and enhanced reflexes, so it makes sense that he could quickly learn to fight well. You just explain the webbing.

Matt, on the other hand, has radar and enhanced senses but not reflexes; these are useful in fights, but you must learn to fight first. Instead of learning over time to be a great fighter, Matt apparently becomes an expert warrior in several weeks--it certainly isn’t months or years, because the actor doesn’t look any older.

Have hero meet and fall in love with love interest.

For "Spider-Man," we have Mary Jane Watson--not Spider-Man’s first girlfriend, but the most famous. The movie plays with her backstory a little, making her Peter's childhood friend, but it works. Mary Jane’s background is easily explained, we quickly move to a “guy meets girl” romance, and she rounds out the story by giving Peter another relationship to sort out and making the stakes higher when she’s in danger.


For "Daredevil," we of course have Elektra. She’s a great character … when there's enough time to portray her well. Unfortunately, she's so complex that the movie doesn't have time do her backstory justice and have her meet Matt with so much already happening. Mary Jane only needs three scenes of her home life to sum her up, Elektra probably needs an entire film (and not the 2005 one either). "Daredevil" tries to give her and Matt a simple "guy meets girl" story, but it's underdeveloped, and we don't really care about them. This explains why when the TV Show brought in Elektra; they introduced her as an old flame. Then the relationship was already there; we just needed some flashbacks to catch up.

Have hero fight not just any villain, the best-known villain.

For "Spider-Man," we have of course the The Green Goblin. Not only is the Goblin a fan favorite, he meshes well with the story because he has a prior relationship with Peter Parker. The movie doesn't need to spend a lot of time bringing Spider-Man and the Green Goblin; they're doomed to meet from the beginning. Since they know each other, it's inevitable their families will get hurt in the crossfire, which makes for great dramatic conflict.

In "Daredevil’s" case, the arch-nemeses aren’t so easily inserted. There are two of them, Kingpin and Bullseye, and even if it were easy to have two well-developed super villains in one movie, neither one has an easily explained connection to Daredevil. The movie tries to connect Kingpin to Daredevil's origin, but it comes off as awkward and there's no reason Matt Murdock should already know Bullseye. In the end there's not enough screen time for good conflict, and Kingpin appears intimidating but impersonal, while Bullseye just seems petty.

Really, "Daredevil" should have taken the "Iron Man" route and waited for a film that could portray the arch-villain without an origin story and budding romance competing for attention. But "Iron Man" didn't come out until five years later, and it would've meant going against the "Spider-Man" formula. As far as I know, no one's planning a new Daredevil movie. We've got a great TV show to watch in the meantime, and of course dozens of other superhero films coming out in the next few years. Let's hope for smart scripts and directors that aren't afraid to go against formulas and be distinct.
Report this Content
This article has not been reviewed by Odyssey HQ and solely reflects the ideas and opinions of the creator.