10 Mistakes In The 'Harry Potter' Movies

Every movie has their fair share of mistakes, but rarely does a series capture our hearts like this one. 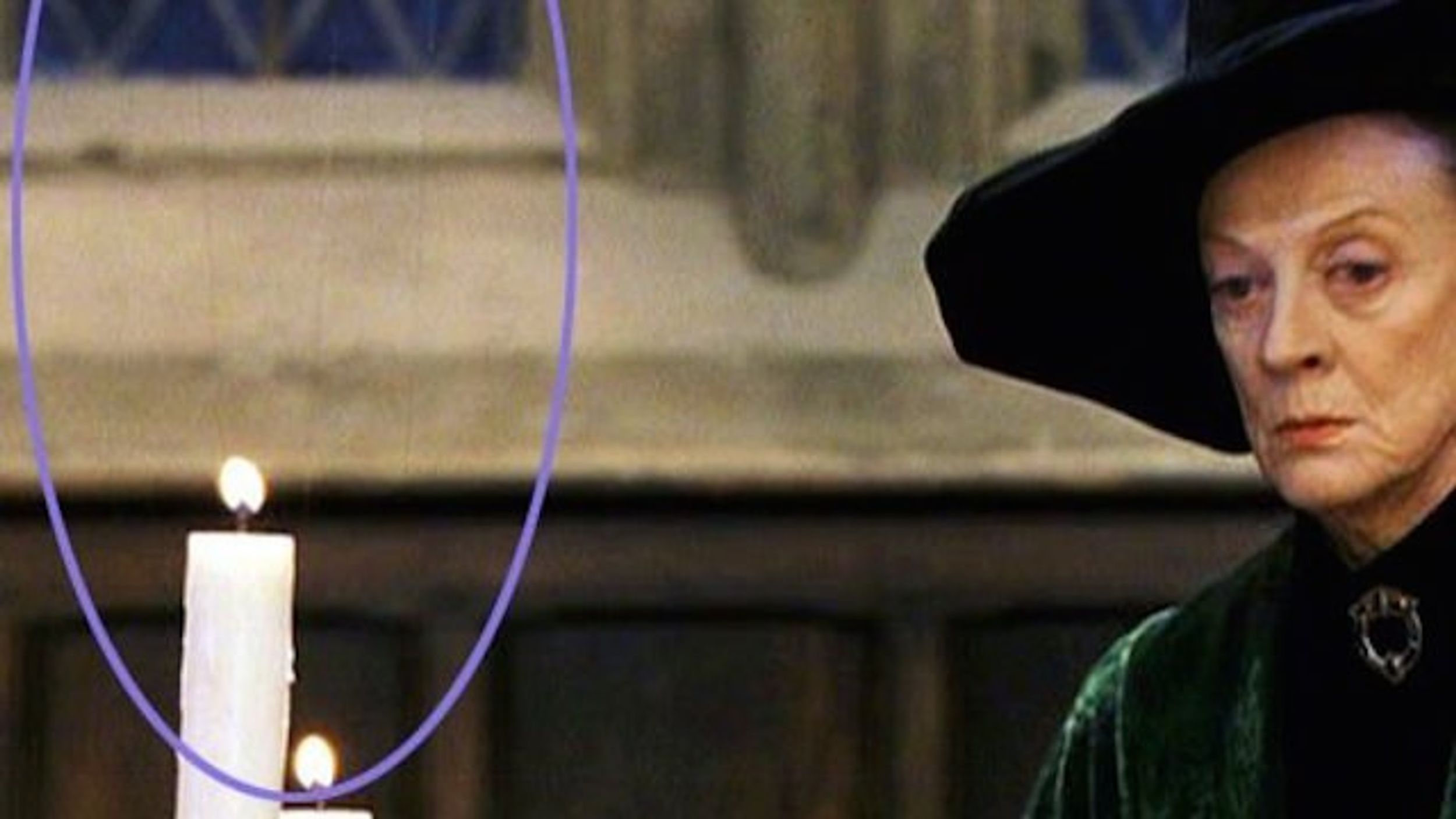 The 'Harry Potter' series are one of my favorite pieces of fiction. The movies would come out around my birthday, so that helped create my love for the universe. My family even had a collection of the movies on VHS and DVD. Most of us love these movies... even with numerous mistakes and continuity errors:

After it is announced a troll was discovered in the dungeon, the students jabber among themselves. As their voices get louder, Dumbledore shouts, "Silence!" and says, "Teachers will follow me to the dungeons." In the following shot of Professor McGonagall, the wires that hold the candles are clearly visible. Perhaps Hogwarts had some recent budget cuts?

Harry and Malfoy fight in a duel. Soon after, Harry casts a spell causing Malfoy to spin in the air. After landing on his arse, the other students laugh at Draco. Quickly, Professor Snape helps Malfoy get back on his feet. However, in this shot, a cameraman can be seen on the far left of the screen.

When Hermione and Harry go back in time, they hide behind a large pumpkin to avoid Malfoy and his friends' attention. When they duck, a rectangular outline can be seen under Hermione's pink jacket. Attached to her lower back is a power pack (to record audio wirelessly). In another shot, the outline of Harry's power pack is visible as he bows to Buckbeak in the pumpkin patch.

One of the Weasley twins passes a note to Ron in the Great Hall. He encourages Ron to get a date before all the good ones are taken. In the wide shot, the position of the words is higher on the page, and there are four lines written. However, in the close-up, on the note it changes to three lines and becomes centered.

At the end of the film, Harry has a few small scratches on his left cheek when he says goodbye to his headmaster, Dumbledore. Suddenly, the wound changes to a deeper, single scrape when he says farewell to his friends, Ron and Hermione.

In the Forbidden Forest, the trio are introduced to Grawp, Hagrid's half-brother. As the giant lifts Hermione off the ground, her legs disappear below her calves. In full-screen DVD, the digital lines can actually be seen!

In the Great Hall, when Dumbledore talks about the staff changes, the Weasley twins are sitting a few seats from the front, along with other students. In the next shot, Fred and George are gone, plus there are different students toward the front of the table. This is seen in other shots as well.

At the Burrow, Harry is speaking with Lupin, Tonks, and Arthur. When Ginny joins him on the couch, the orange blanket is placed on the sofa's arm. In the next shot it's on the back of the sofa. It continues to flip back and forth between these shots.

In the epilogue, Hermione and Ron send their daughter, Rose, of to Hogwarts. As Hermione hugs her, Rose's left hand rests on her mother's back.In the next shot, the same hand is on Hermione's arm.

Every movie has their fair share of mistakes, but rarely does a series capture our hearts like this one. Even after knowing the errors, I recommend that everyone watch these movies because they are magically fantastic!