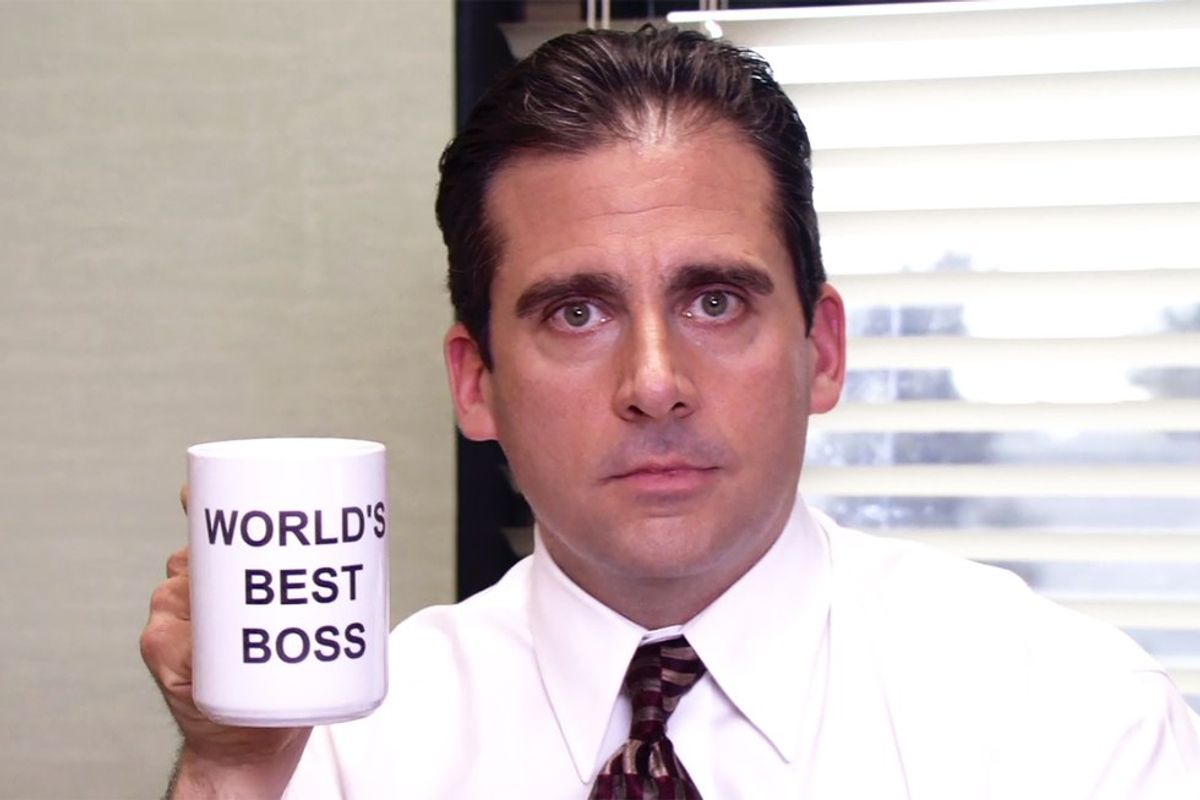 Oh dear Michael Scott, why did you have to leave us to go live with Holly Flax? I totally get how happy you are, but you left us with three more seasons to go. Not only was it a priveledge binge watching The Office,

1. Being a leader is important.

Not only was Michael Scott the Regional Manager of the Scranton branch of Dunder Mifflin, but he was actually the glue that held Scranton together. His individuality and quirkiness led to him leaving an impact on his fellow Dunder Mifflinites. The man was A1 at his job, and made it clear to us, that in any situation, ever;

If you were the overly large Kevin, or the petite Angela, Michael cared for every single person in the office (excluding Toby). He taught us that we should not discriminate because of skin color, nor sexuality, religion, etc. He may have not done it in the most appropriate way, but he wanted to strive for equality.

3. Have a Great Sense of Humor

Laughter is the best medicine, right? Comedic GENIUS Michael Scott would sure say so. The key to being a great Regional Manager is to crack jokes as often as possible. You know, liven up the everyday tension of working. You may offend someone in the process, but hey, its worth a shot.

If Michael Scott taught us anything, it was that Nothing really goes as planned. You HAVE to roll with the punches. With the constant trouble Michael and the gang got in, the bad days always ended ok. Life goes on, and life gets better.

5. Toby is NEVER to be trusted.

Ah the gremlin stuck in the annex. Nuff said.

Is there really a right and wrong in this world? Well, if Michael Scott taught us anything, it was to challenge the norm. Don't fall into the mold of everyone else, create your own path. Maybe even eat dessert for breakfast, GET CRAZY.

Because you never quite know when an impromtu team building trip will turn into a hardcore dance party, and you never want to be the loser in the corner (Toby).

8. Never Give up on Love

Oh Jan. Oh Holly. Michael gave BOTH of them numerous chances to come back into his life. Jan was in fact a complete psycho. Holly on the other hand proved herself worthy enough to take Michael's hand in marriage. She dumped her Nashua dupe and ran straight back into Michael's arms, all the while he patiently awaited her return. Don't you just love love??

I cannot stress how important it is to feel things. To not block feelings out. It is so important to have emotions and whether it be pain or happiness, Michael learned what he really wanted in life. For him, being self-aware helped him cope with so much.

Threat Level Midnight. The infamous movie that Michael filmed, edited, re-filmed, all in a span of eight years. Not ONCE did he give up on making a movie. Despite what anyone told him, he continued to live his dream. That is one of the most important things that dear Michael Scott told us.

*All gifs attributed from giphy.com