10 Fun Facts For Every Penn Stater

Perspective student, Penn State Dad, or alumnus remembering the best four years of your life; here are 10 cool facts for the Penn Stater in you! 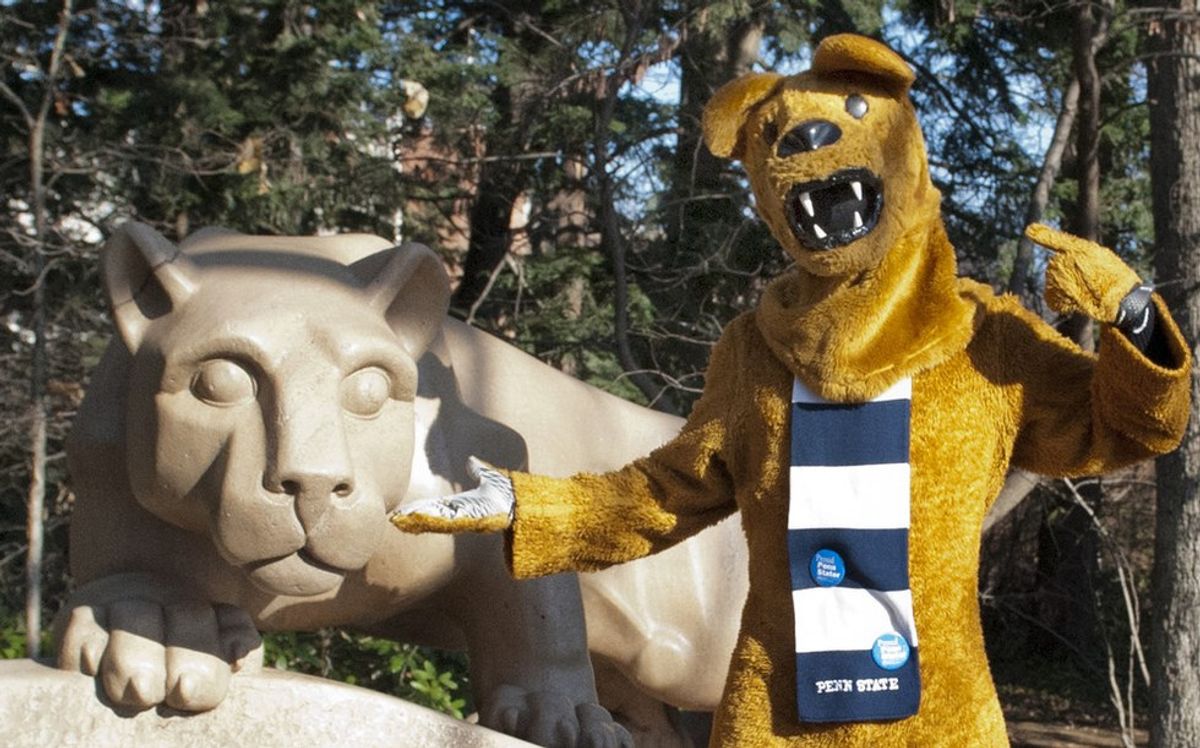 1. The lion shrine is the second most photographed site in Pennsylvania

Taking second, only to the Liberty Bell, our Class Gift of 1940 is a spot that every Penn Stater is sure to love. The shrine was sculpted out of Indiana Limestone by artist, Heinz Warneke, and has been the subject of many awkward family photos over the years!

2. Old Main was the first building on campus and has seen many changes since

Built in the 1850s, rebuilt in 1930, and remodeled a few times here and there, Old Main has been an important part of campus from the start! It has housed students, served as the student union before the HUB, and now holds the offices of the president and other administrators. It also contains the Land-Grant Frescoes, painted by Henry Varnum Poor as the Class Gift of 1932, be sure to check them out sometime if you never have!

3. The Old Main Sundial is not the geographic center of Pennsylvania

A common Penn State myth is that the Old Main Sundial, Class Gift of 1915, is the geographic center of the state. While this is not true (we're actually about 25 miles west of the true location), the sundial does display one of my favorite quotes, "Grow old along with me- the best is yet to be."

4. The Pasquerilla Spiritual Center is the largest multi-faith center of its kind in the country

The Spiritual Center caters to nearly 40 different religious and spiritual groups and Eisenhower Chapel can be booked for weddings (hint, hint)!

5. The Berkey Creamery has been in operation for over 150 years

Over 200 Holstein cows are milked twice daily on campus to provide milk for the Creamery’s products and their ice cream is so fresh that the average time from cow to cone is 4 days! As the nation's largest university creamery, Berkey Creamery serves an average of 700 milkshakes per day and around 750,000 cones and bowls per year! With over 100 flavors total, you're sure to find one that you love, just no mixing!

The original Beaver Stadium, named after past PA governor and university president, had a capacity of 46,264 when it was built in 1960. Today, as one of the largest collegiate football stadiums in the country, we are known for our 21,000 seat student section and their unrivaled school spirit. We Are!

7. Penn State was the first to offer a baccalaureate degree in agriculture

When Penn State was established in 1855, as the Farmers' High School of Pennsylvania, we were the first institution of offer degrees in agriculture. While our name may have changed over the years, we are still proud to be Pennsylvania's land-grant university and our agricultural roots remain strong.

8. 1 out of every 117 A with a college degree is a Penn State graduate

It's no surprise that we also have the largest dues-paying alumni network in the country!

Before our beloved lion, Old Coaly, a mule, was the mascot of The Pennsylvania State University. After a game against the Princeton Tigers in the early 1900s, senior, Joe Mason, decided that our school was deserving of a more ferocious and noble mascot, thus the Nittany Lions were born.

Today, THON is proud to be the largest student-run philanthropy in the world! With thousands of volunteers each year, THON has raised over $137 million total in the fight against cancer.

For more awesome Penn State facts and history, be sure to check out the 'S Book', the student handbook here at Penn State!