Childhood staples with more grown-up concepts than we thought 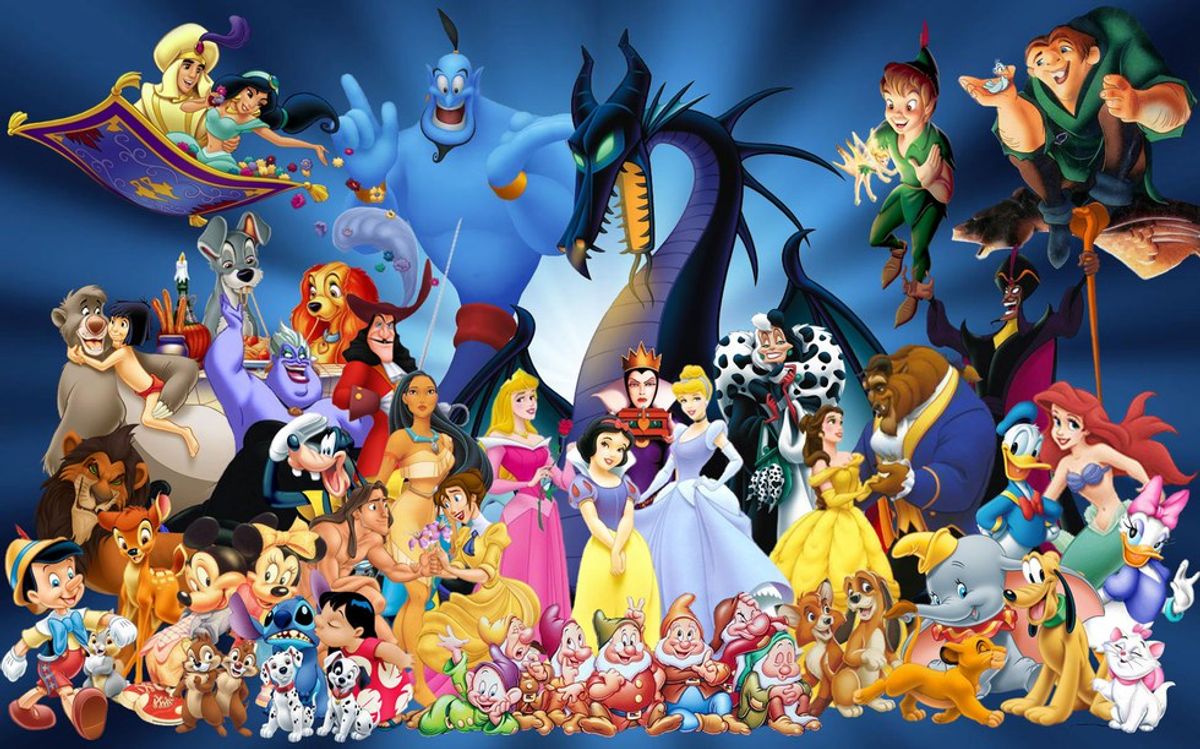 What kid didn't grow up watching Disney films? Whether they be live action or animated, these films contained the fantasy and fun that every child wanted to experience when sitting in the movie theater. But as these children grew up, many of them started to believe that they were too old to keep watching these films -- that these films lacked the emotional depth that appeared more in adult dramas.

While I do admit that most Disney movies do not reach the level of seriousness found in films like "Changeling" or "The Shawshank Redemption," I don't think we should cast off these movies as simple child's fare. Even though these films are filled with fantasy and fun, they also touch on several heavy topics that are prominent in everyday life. In order to back up this assertion, I have decided to analyze 10 Disney films that I believe contain adult themes. Within my explanations I will reveal many integral plot points within these movies, so a spoiler alert is in order.

Being one of the most profitable animated films of all time, it's fascinating that this story about the life of a lion contains so many heavy topics. Loosely based on Shakespeare's "Hamlet," this movie focuses on the dangers of being power hungry through Scar's ruthless tenacity, dealing with loss through Simba's response to Mufasa's death, and letting go of your past through Simba forgiving himself (for a crime he didn't commit) and returning to Pride Rock.

I know what you are all thinking; how can a story about a genetically modified alien stumbling upon Earth have any adult undertones? Well, due to Lilo's fierce determination to keep Stitch despite his destructive nature, and Nani's struggle to maintain custody of Lilo after the death of their parents, this film brilliantly portrays the importance of family (or ohana, if you will) and sticking together through thick and thin.

Now I will admit, this movie lacks seriousness throughout the majority of its running time and, let's face it, the concept of a mother and daughter exchanging bodies and lives is quite silly. However, the morals behind this exchange are what makes it more adult. While experiencing each other's realities, these two women learn the importance of selfless love and how to accept the validity of other peoples' viewpoints.

Not only is this tale extremely enchanting and heartwarming, but it also has some underlying themes that makes it undeniably "adult". Along with this movie accentuating the importance of inner beauty, it teaches its audience not to care about other peoples' opinions of you. Belle, the protagonist, embodies this message quite effectively, ignoring society as they judge her for being a reclusive yet gorgeous bookworm.

While this movie is aimed toward much younger children, I still fell in love with it when I saw in theaters at the age of 18. Not only does it have gorgeous animation and an engaging plot line, it also cleverly emphasizes the unbreakable connection between sadness and happiness, and promotes the necessity of accepting unchangeable circumstances as Riley struggles to adapt to her new life in San Francisco.

Because this movie begins with Coral, the clown fish, being murdered by a shark while trying to protect her unborn children, older viewers are quickly able to recognize that the story will contain some very serious concepts. While we can still enjoy colorful characters such as Bruce, Crush, Mr. Ray and Nigel, there is no denying the affecting themes of over-protection and courage presented through the journeys that Marlin and his son Nemo undergo.

Who would have thought that a movie about the making of "Mary Poppins," one of Disney's most engaging and magical live action films, would contain so many deep intricacies? While witnessing the protagonist Pamela Lyndon Travers attempt to resist Disney's whimsical inclinations whilst bringing her novel to life, the audience is forced to mull over the traumatization of alcoholism, the sobering effect of a troubled childhood, and how to appreciate the beauty in both practicality and fantasy.

This movie is pure gold. Not only does it succeed in relaying the idea to adults that stereotyping is wrong, but it also relays it to children in a way that is easily understandable. Through essentially segregating animals by labeling them as either a predator or prey, this film touches on sensitive topics such as racial profiling, the ridiculous notion that biological differences between races influences behavior, and that society must continue to work in order to reach complete equality.

I know it seems like I am cheating by putting two films in one spot but, to be fair, these films capture the exact same adult themes: abandonment and planning for the future. "Toy Story 2" portrays these themes mainly through Jessie's heartbreaking backstory and Woody deciding whether he should leave behind his owner Andy for a Museum. "Toy Story 3" embodies these themes through Lots-O'-Huggin'-Bear's misunderstood ideas about his former owner and the toys figuring out what to do as Andy prepares for college.

This list would not be complete if I didn't include this so-called "children's" movie. Despite having the classic kid-friendly animation that Disney is known for, the motifs of this story are extraordinarily dark. Covering everything from impure sexual urges to warped ideas of religion, from the stereotypes of Gypsy culture to the misappropriation of police and political authority, this film is by far the most adult in Disney history.

So, as this list has shown, it is unfair to treat Disney films as childish entities. These movies contain more than whimsical romances and thrilling journeys; they also contain morals that are applicable to the realities of life. I am positively grateful that these movies were such a huge part of my childhood. While I was, at the time, more inclined to focus on the adorable sidekicks, the bumbling comic reliefs and the exciting climaxes, these films subliminally fixed certain ideals within me that have made me the person I am today.