10 Brangelina Moments That Will Forever Live On

10 Brangelina Moments That Will Forever Live On

Throughout their history, there have been plenty of red carpet moments, humanitarian efforts, and family affairs with the large Jolie-Pitt clan. From the controversial beginnings to this scandalous ending, find out the top 10 moments that will always live on. 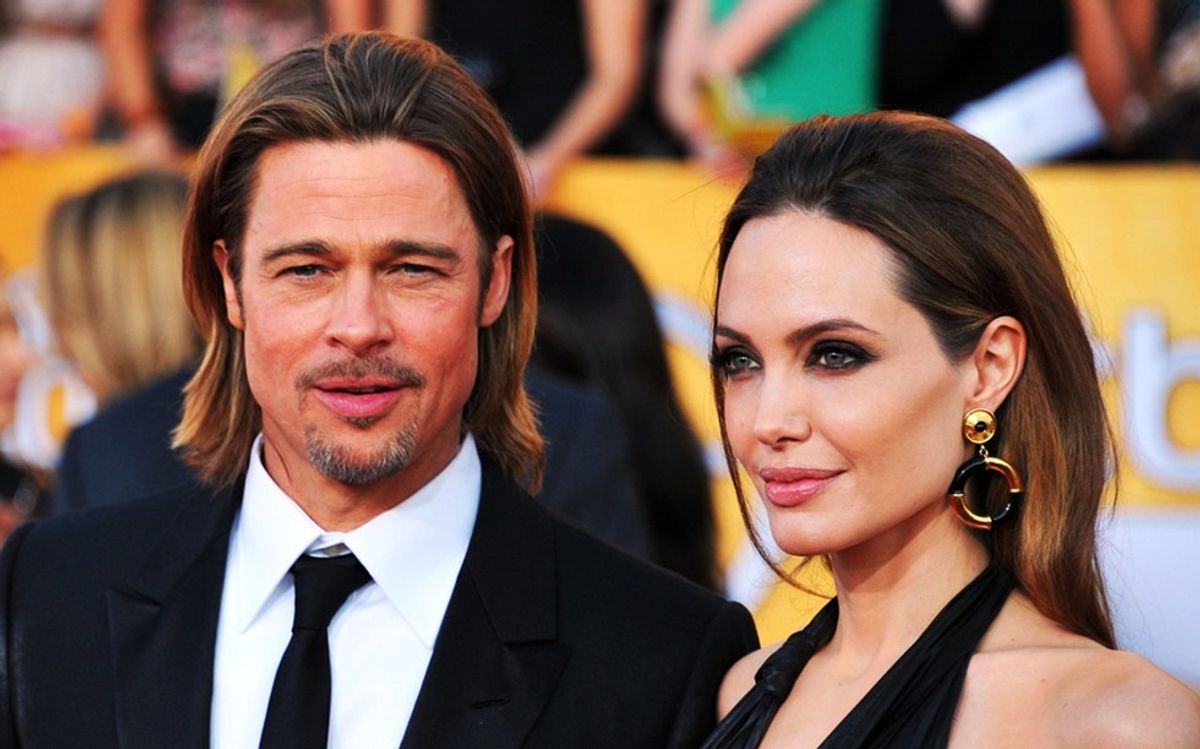 They were Hollywood’s reigning ‘It’ couple, forever dubbed as ‘Brangelina’ in the media. But the 12-year epic romance came to a shocking end as both of the actor decided to call it quits. Throughout their history, there have been plenty of red carpet moments, humanitarian efforts, and family affairs with the large Jolie-Pitt clan. From the controversial beginnings to this scandalous ending, find out the top 10 moments that will always live on.

It’s the classic story of two people meeting each other for the first time, working together, and falling in love. Nothing is better than when fantasy becomes reality as their onscreen romance showed obvious chemistry.

It was their first appearance together as a couple–their red carpet debut. This moment was made all the more special because they kept a low profile at the start of their relationship.

It was the first major awards show attended by the couple. In Hollywood, this was definitely a grand statement. It was another major red carpet moment that had all the media abuzz. The couple drew attention of everyone in a gorgeous grey strapless gown for her and a classic suit with a satin tie for him. As they lovingly gazed into each other’s eyes, we all felt the love from wherever we were watching

Many wondered and asked whether the two considered tying the knot. Even their own kids were asking when their parents were getting married. Nevertheless, after seven years of being together, Pitt did the honorable thing and proposed. The $250,000 engagement ring was designed by Pitt himself and jeweler Robert Procop for almost a year.

Brad and Angie looked happy -- like, wedding day happy. It’s as if they’re nearing the end of a race, closing in on the finish line with the same smile, the same hair, and the dream of splitting the same dessert from room service later that night. In terms of looking happy with sunglasses in your mouth, it's impossible to top.

There’s no sign of deeper love than standing by your wife as she underwent surgery. After being told about her susceptibility to breast and ovarian cancer, Jolie decided to undergo preventive double mastectomy. She was praised for bringing awareness to the issue on breast and ovarian cancer as she decided to lessen the risk of the disease. Pitt declared how he admired her bravery and how her choice was “absolutely heroic.”

It was a joyous moment that ended with 32.8 million views. You know the names, you know the faces, you know 12 Years a Slave won Best Picture that evening. There’s some foreshadowing in that selfie that brought smiles and "celebrities are just like us!" mentalities to the table.

On August 23, 2014, Jolie and Pitt were married in a private wedding ceremony at their estate Château Miraval in Correns, France. The bride wore a simple yet stunning Atelier Versace wedding gown with an embroidered veil. The veil was fun and whimsical, just like the Jolie-Pitt clan, as it contained the colourful artworks of their six children.

The couple, who works together, stays together. Well, at least for some. In 2014, the couple were brought together again onscreen for the first time since Mr. and Mrs. Smith. While also on their honeymoon in Malta, they filmed a movie written and directed by Jolie. The movie, titled By the Sea, was a romantic drama about a couple having trouble with their marriage.