Books really can change our lives. 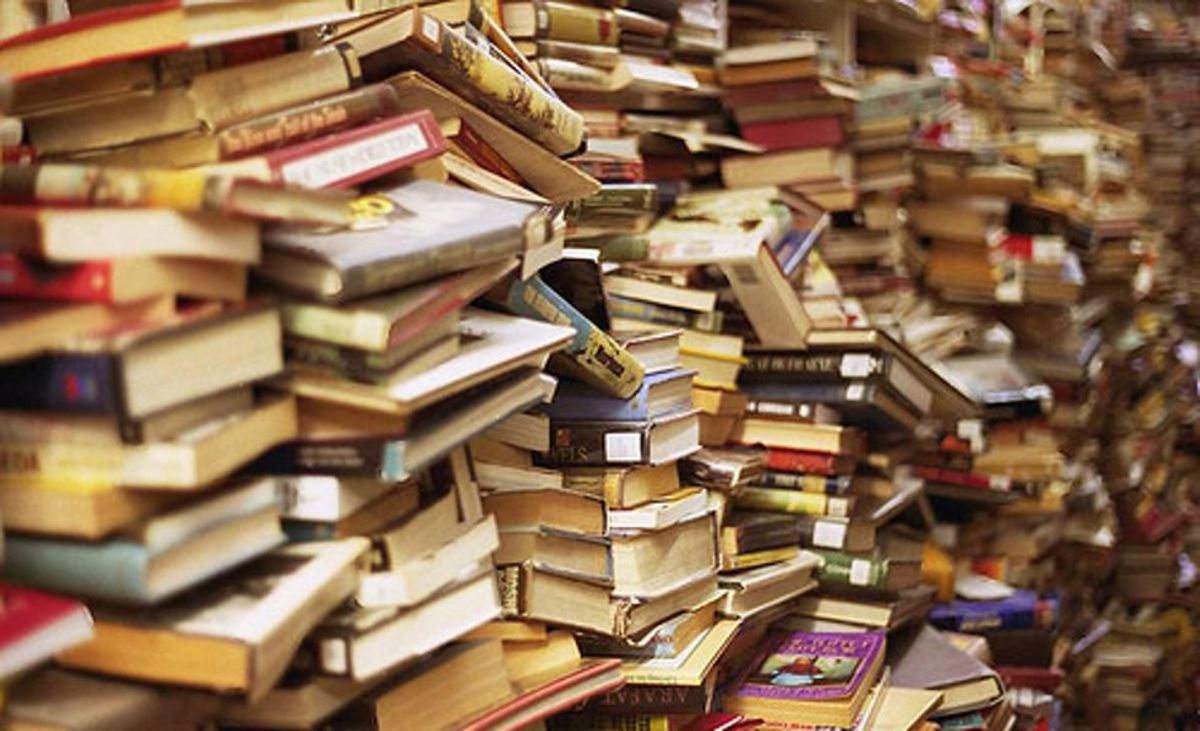 When I was looking back at 2016, I realized a lot has changed about me in the past year. A lot of influences have come into my life, and some of those are authors who influenced me through their works. So I got a list of 10 of my favorite books I read in 2016. Some are serious, some are funny, and they’re all great. So let’s look at my top 10 books of 2016.

This past year wasn’t the first time I had read Fitzgerald’s classic novel, but I still loved it as much as I did the first time I read it. The characters never cease to amaze me, and the wonderful story pulls me in each and every time I pick it up. The Great Gatsby is the story of the fabulously wealthy Jay Gatsby and his love for the beautiful Daisy Buchanan and of lavish parties on Long Island at a time when alcohol was the national drink and sex was the national obsession. The crowning achievement of Fitzgerald’s career, The Great Gatsby is a uniquely American piece of literature that encapsulates the American Jazz Age like no other and has earned its place as a classic.

2. The Marvels by Brian Selznick

“That’s what life is, Joseph realized, miracles and sadness, side by side.” Brian Selznick’s third work does not disappoint, as he takes his readers on a journey, using the innovative storytelling technique that he pioneered. Selznick opens up this 600+ page book with 400 pages of pictures, telling the story of the Marvels, a line of actors who are famous for their acting in the Royal Theatre. The second portion of the book is in prose and tells the story of Joseph, an impulsive young teenager with pyrotechnic tendencies who runs away from home to his estranged uncle’s house, where he and the reader must piece together the puzzles of the past. Selznick does a masterful job in his storytelling, and his unique art style is engaging in its own way.

3. Nightlight: A Parody by the Harvard Lampoon

“About three things I was absolutely certain.
First, Edwart was most likely my soul mate, maybe.
Second, there was a vampire part of him--which I assumed was wildly out of his control--that wanted me dead.
And third, I unconditionally, irrevocably, impenetrably, heterogeneously, gynecologically, and disreputably wished he had kissed me.”

And thus Belle Goose falls in love with the mysterious and sparkly Edwart Mullen in the Harvard Lampoon’s hilarious take on Twilight.

I’m not a fan of the Twilight series. To be honest, I absolutely abhor the books, so I may be biased in looking for any reason to mock the books. I did find Nightlight to be a well-done satire piece, with playful and subtle jabs at the series. Overall, it was a light read that made me laugh more than it did not.

Ted Dekker’s novel Adam is a horror/thriller novel about Special Agent Daniel Clark and his obsessive hunt for an elusive serial killer known only as Eve who terrorizes the young women of Los Angeles. After a near-death experience when Eve shoots Clark and leaves him for dead, Clark only becomes more obsessed with discovering the identity of the killer and bringing him to justice. Unfortunately, obsession is a dangerous path to walk down, and Clark’s obsession soon turns into a battle for his life, his sanity, and his own soul. Dekker draws readers into a world of death and near death that blurs the lines between reality and fiction, with stunning detail that leaves readers thinking that what happened in the novel could easily happen to them.

5. Welcome to Night Vale: A Novel by Joseph Fink and Jeffrey Cranor

As a fan of the phenomenal podcast Welcome to Night Vale, I thoroughly enjoyed creator’s Fink and Cranor’s novel about the small desert town, where “the sun is hot, the moon is beautiful, and mysterious lights pass overhead while we all pretend to sleep.” The novel follows local mom Diane Crayton’s journey to help her son and pawn shop owner Jackie Fierro’s quest to find the mysterious and elusive King City and the story of their lives and their mysteries converging. The novel is sprinkled with bits of the supernatural and the weird to keep the reader on their toes.

6. The Black Reckoning by John Stephens

The final book in the bestselling Books of the Beginning trilogy, The Black Reckoning follows the journey of Emma and her two siblings as they attempt to find the final book to stop the notorious Dire Magnus from taking over the world. The trilogy has been hailed as “the new Narnia” by the New York Times, and rightfully so. Packed with adventure, action, and magic, the story’s well-developed mythos draws readers in and engages them as Stephens wraps up his trilogy.

7. The Kite Runner by Khaled Hosseini

The Kite Runner by Khaled Hosseini was a part of my required reading for my literature class through IU, but it still remains one of my favorite books to this day. The Kite Runner revolves around Amir, the son of a wealthy Kabul merchant, and Hassan, his servant, and constant companion. The story focuses on their uncommon bond as children, their falling out as their bond is shattered when Amir and his father must flee the Taliban as they overrun Afghanistan, and Amir’s return to Afghanistan years later to rescue Hassan’s son. A dramatic story of family, love, friendship, and redemption, The Kite Runner is a stunning book and captivates readers with its intricate setting, characters, and storyline.

A Thousand Splendid Suns is the second book by award-winning author Khaled Hosseini, and it does not disappoint. Born a generation apart and with very different ideas about love and family, Mariam and Laila are two women brought jarringly together by war, by loss, and by the hand of fate. As they endure the escalating dangers around them- in their home as well as in the streets of Kabul- they come to form a bond that makes them both sisters and mother-daughter to each other, and that will ultimately alter the course not just of their own lives but of the next generation. Hosseini once again weaves a masterful tale of life in Afghanistan, filled with masterfully designed characters, a uniquely engaging storyline, and a detailed yet unfamiliar setting.

Mike Yaconelli’s book Messy Spirituality is a wonderful and life-changing exploration of God’s endless grace. An easy read coming in just at under 140 pages, Yaconelli’s deeply personal style of writing is packed full of stories and written for people who just want to love God more. Our fumbling, haphazard approach of seeking Christ is still seeking Christ, and as we seek Him, He shows us our grace. This book brought me to tears on more than once occasion, and I would recommend it to any Christian who has ever thought that they might not be “doing Christianity right.”

10. The Children are Free by Rev. Jeff Miner and Rev. John Tyler Connoley

In The Children Are Free, Rev. Jeff Miner and John Tyler Connoley offer a comprehensive yet easy-to-read examination of the biblical evidence regarding loving same-sex relationships and God's attitude toward them. Their friendly and authoritative style looks at commonly used passages against LGBT people, and many, but not all of their well-researched positions hold up under scrutiny. This is the most controversial book on my list, but it made if for a reason. It may not be perfect, but reading it, any person of faith can take something away from it that is applicable to themselves.
Report this Content
This article has not been reviewed by Odyssey HQ and solely reflects the ideas and opinions of the creator.