In honor of the 10th anniversary reunion. 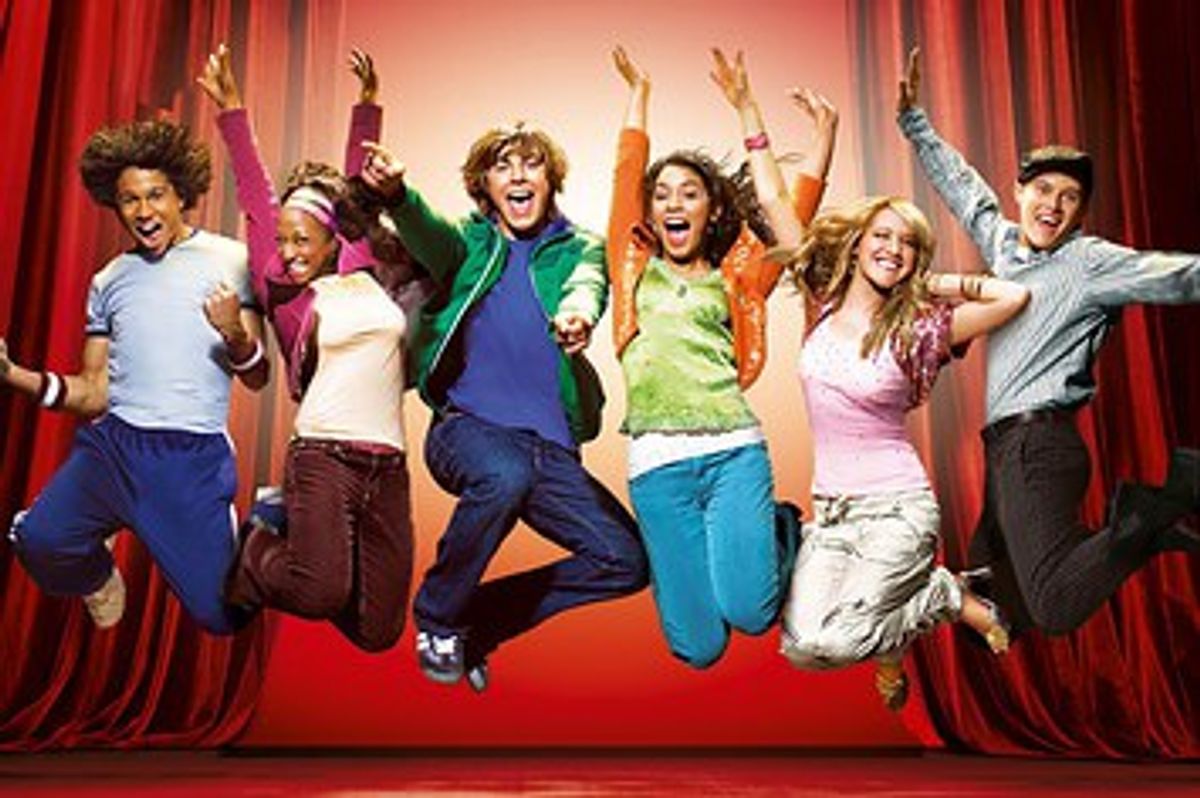 I don’t know about you, but I love "High School Musical." Yes, I am technically an adult, but I have no problem admitting this. I vividly remember being in fourth grade when the movie came out, and although I tried my hardest not to give into the mania by refusing to buy "HSM" apparel of any sort, I will confess that I watched the movie every night of the opening weekend. And then every time it was on Disney Channel. So in my opinion, here are the 10 best moments of this beloved Disney Channel Original Movie.

1. When Troy says he doesn't sing, but he's lying.

Despite the fact that I’m still convinced I’m single because I never went to a ski resort to sing karaoke with a random stranger, I can't help but love this part. To the man who forced these two to sing—thank you. From the instant connection between Troy and Gabriella to the way Troy takes off his jacket when he starts getting into his singing, this moment sets the scene for the rest of the movie. You might even say it was the “Start of Something New.”

2. Troy doesn’t want his friends to find out he likes to sing, so he does an elaborate musical number during practice.

The choreography in this scene is beyond impressive. How does no one drop his basketball? Honestly, I’m not even surprised that they win the championship game. I’d love to see another team that’s more coordinated than the East High Wildcats, but I doubt there is one. The best part by far is when Troy begins to question his life. The dramatic spotlight really emphasizes the internal struggle Troy is facing—should he keep his head in the game or should he sing his emotions?

3. When Troy and Chad are in a tree together.

If this scene doesn't shout bromance, I don't know what does. Darbus put Chad and Troy in detention for using their phones in class, and I can't say I'm upset about it. This is one of the funniest parts in the movie, but the humor is heightened when Coach Bolton storms in looking for his missing players and shouts, "What the heck are those two doing in a tree?"

4. Everybody loves a good jazz square.

This is potentially one of the most quoted lines from the movie, and with good reason. Ryan is often overshadowed by Sharpay's dramatic personality, but here we learn who the true musical star is. He doesn't care that Sharpay told him not to do the jazz square. Ryan knows that everybody loves a good jazz square, and he's going to give the audience what they want.

5. The musical number that gave me unrealistic expectations for high school.

"Stick to the Status Quo" is basically the source of conflict, which is the enforcement of high school stereotypes. Zeke admits he loves to bake, Martha thinks that dancing is cooler than homework, and the skater kid plays the cello. Every student in the cafeteria breaks out into song about how people shouldn't "mess with the flow." And let’s just say that for a school full of people claiming that you’re only allowed to be good at one thing, they’re all pretty great at dancing and singing.

The basketball team and the decathlon team were jerks to Troy and Gabriella, and Gabriella is heartbroken when she learns that Troy might actually be the "lunkhead basketball man" that her friends warned her about. This is most definitely the saddest song in the movie, but my favorite part is the Wildcats poster featuring a larger-than-life Troy.

7. When Troy climbs up to Gabriella's balcony to apologize.

Troy knew he had to make up for the things he said about Gabriella and the musical, so he climbed a tree to reach her balcony. He proceeded to sing an acoustic version of "Start of Something New," and unsurprisingly Gabriella forgave him. They resumed rehearsing for the callback audition, and Troy continued to set extremely high standards for boyfriends everywhere.

8. Every time Sharpay and Ryan warm up.

Everyone knows that Sharpay and Ryan are extremely into show business, but their warmups are definitely the best part of their performances. They are just the right balance of strange and fun, and I love imitating these sounds and motions.

This moment is heartwarming. Troy and Gabriella's friends support their decision to branch out of their respective groups, and the decathlon and basketball teams even work together to make sure Troy and Gabriella can sing their hearts out. Gabriella beats her stage fright, and Troy shows off his impressive dance moves. You'll laugh, you'll cry, but more importantly, you'll belt out the lyrics with them because "Breaking Free" is a classic.

The Wildcats won their championship game, the Scholastic Decathlon team won their competition, and Troy and Gabriella nailed their callback audition. Life is pretty good at East High, but it gets even better. The whole student body accepts and encourages Troy and Gabriella to join the musical, and they choreographed a huge dance to show their support. Every time I watch the end of the movie, I'm jealous that I'm not an East High alumna.

Here's to the next 10 years of "High School Musical."