12 Reasons The Alabama Abortion Law Is Good For Women

12 Reasons The Alabama Abortion Law Is Good For Women

Because come on, guys. 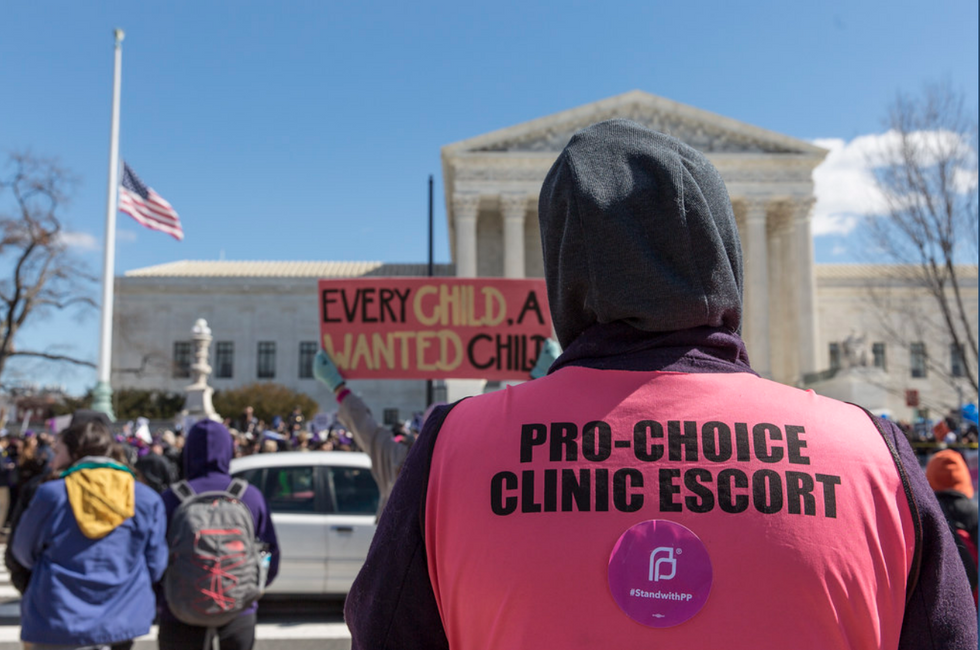 By now, you've probably heard about the legislature being passed in states like Alabama, Ohio and Missouri that severely restricts or outlaws abortion. Here are some reasons why these laws are actually really beneficial to women.

Restricting a woman's ability to access an abortion does not actually ban abortion. All it does is ban safe abortion. Abortions will still happen, as they did before Roe v. Wade. They will just be immensely more dangerous for the women attempting them because they will happen without medical professionals, with medical grade instruments. Women will die from this.

Don't get it twisted, criminalizing abortion is a strategic move to further complicate voting procedures. If women will be criminalized for terminating an unwanted pregnancy (in the states where this legislation has passed, it would be a felony) and the women who will be most affected by these restrictions are vulnerable women (particularly in more conservative states) and felons don't have the right to vote, we are looking at the disenfranchisement of a ton of people, which would definitely affect the outcome of local and national elections.

3. Not Even A Little Bit

Did you know that across the nation (even in the more conservative states where this legislation has been proposed and passed) that support to ban abortion doesn't even hit 25%? Check out this nifty little graph, courtesy of Data For Progress.

With no provisions for victims of incest or rape, you are basically telling women who have already had their bodily autonomy snatched away from them that their mental well-being and life is less important than the cluster of cells that happens to be in their uterus.

Did you know in Alabama, under this new legislation, is classified as a Class A felony? Meaning that doctors who perform abortions for women in need would face up to 99 years in prison? That's the same amount of time as someone could get for raping someone.

This bill would force women into motherhood they may not be ready for. Forcing motherhood onto women deprives them of the opportunity to pursue a career or go to university in some cases. There are no stipulations as of yet that confine the man to fatherhood for his part in creating the child (because it takes two ya know).

Birth control pills aren't just for preventing pregnancy (looking at you Ohio). Many women use them to temper the symptoms of their monthly visitor. This works by (if you're using the combined pill with progestin and estrogen) thin the uterine lining so that when it sheds, the cramps aren't as bad (or better case scenario — it doesn't even need to be shed in the first place). Birth control also helps clear up acne, encourages weight loss and allows women to know exactly where they are in their menstrual cycle should they choose to engage in sexual activity.

The argument that a heartbeat signifies the start of life and therefore requires the protection of the law has a ton of holes in it. First of all, if we agree that a heartbeat equals human life and therefore has the right to protection under the law, what about people who are brain dead? They have a heartbeat, so are we able to unplug life support or is that murder now? Additionally, if we are going to agree that this is a child, then does child support start when the heartbeat is detected? What happens if the woman miscarries? Is there a way in which she can get health insurance for the fetus? Questions to think about.

No one is going to carry a pregnancy for 8 months and then just decide "Nah never mind, I change my mind." Late-term abortions are rare and are only done in emergencies (i.e. there is an EXTREME risk to the mother and/or the child). Trust me, those women wanted to be mothers.

If the main argument here is that "every life is precious," then where is the support for people already in the world who are facing police brutality? Or the children at the border who have been separated from their families (yes, it's still happening)? Or the people and children starving in Yemen, which has been experiencing famine since 2016? Are their lives not precious?

Women shouldn't have to defend their decision with trauma. Not wanting to be a mother is still a perfectly valid reason to have an abortion. Saying that it's completely banned except for instances where one's bodily autonomy has already been violated is wrong in that it negates every other reason someone might need one. Accidents happen guys, doesn't mean you're automatically ready for motherhood.

Look, this is a contentious issue today. States are passing these restrictive laws with zero provisions for victims of rape or incest in order to overturn Roe v. Wade, the 1973 court ruling that upholds the Due Process Clause (from the Fourteenth Amendment) that provides a right to privacy and a woman's liberty to choose whether or not to have an abortion. This right is still somewhat tempered by the language used, which protects a woman's right to terminate a nonviable fetus (meaning that it would be unable to live outside the mother's womb) and acknowledged that that viability would occur around week 23 or 24.

Everyone is entitled to their opinions. You are allowed to believe whatever you would like. That is the beauty of this country. What you are not allowed to do is take your beliefs as universal. The difference between the pro-choice and pro-life arguments is simple. Pro-life takes away everyone's agency due to personal belief. Pro-choice allows for the individual to decide what is best for them and their body. That means you could choose to have an abortion, or you could decide to keep it. I know many women who are pro-choice but would choose not to have an abortion should they be put in that position. It isn't hypocritical; it simply means that I should not be able to tell other people what they can and can't do with their body because, at the end of the day, it doesn't affect me.