Here's The Pie That Best Represents You, Based On Your Zodiac Sign

Pumpkin Pie = Pisces, the most comforting sign of them all. 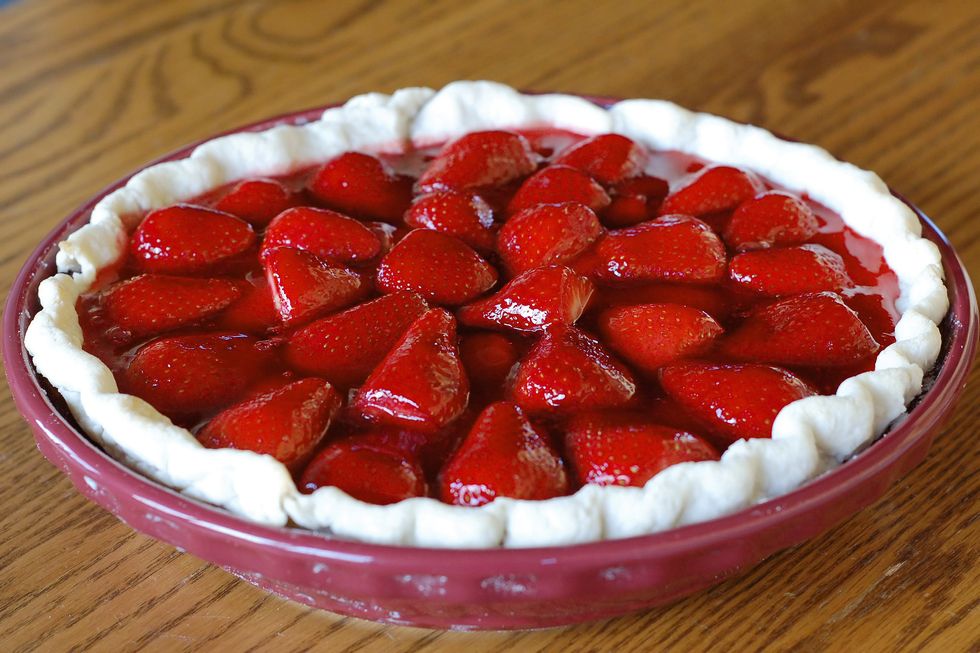 Thursday, January 23 is National Pie Day!! A day to be celebrated the only way foodies know how - by eating lots and LOTS of pie!

With so many varieties of pies to choose from - from sweet to savory, to fruity or nutty - deciding which one to devour on this sacred day can be difficult.

It's time to turn to the stars and let them decide the pie that'll best satisfy our cravings.

Here's the perfect pie for you, based on your zodiac sign.

Capricorns are dependable, persistent and in it to win it, just like good ol' apple pie. When we think of a classic piece of pie, apple often comes to mind, and that's because it's withstood the test of time. No one's going to replace apple pie as the staple pie anytime soon, just like no one could ever take first place away from a Capricorn because they're just too damn hardworking.

If you're an Aquarius, you like to do things your way and pride yourself on living a little differently from others. The Mississippi Mud Pie is the perfect pie for you because, unlike so many other pies, it's chocolate-based instead of fruit-based and likes to march to the beat of its own drum. Just like you!

Little is more comforting than a pisces, or a pumpkin pie. Pisces no when you're having a bad day, and they're always there to pick you up - just like a warm slice of pumpkin pie with some vanilla ice cream (no matter the season)!

Aries are vivacious, positive, and full of energy - just as bright and colorful as strawberry pie!

Taurus, you're all about the luxury and love to indulge, and what's more indulgent than lemon meringue pie?? With a crust made of shortcrust pastry, a lemon custard filling, and a fluffy meringue topping, no pie embodies the pleasure-seeking Taurus more than the lemon meringue kind.

Geminis are often said to have split personalities - sometimes they're sweet and gentle, while other times they can become complete gossips and even a little mean. Just like Geminis, chicken pot pies are very complex and a hybrid of two things - half savory stew and half crusty pie.

Geminis can come across as your typical friendly human at first, but get to know them a little more and you'll uncover their stewey middle.

Loyal Cancers distrust strangers and the unknown, and tend to stick with what they love - just like classic pecan pie. You probably ate this for the first time at your grandma's house and it'll never stop giving you comfort, which is something all Cancers crave.

Leos love the spotlight and being at the center of attention wherever they go. Just like with a Leo, when there's an Oreo pie present in the room, all other pies will likely be ignored. No one can resist this creamy creation!

You need to be very detail-oriented to be able to make the perfect key lime pie, but Virgos are most certainly up for the task. These hardworking, patient, and analytical individuals won't settle for anything a four-year-old could put together (looking at you, pumpkin pie). They'd prefer to put in the work and end up with a pie that's just as classy as they are!

Just like neutral Libras that strive to be as unbiased as possible, the Chess pie is relatively neutral when it comes to its flavor profile. Being just as indecisive as Libras, it couldn't commit to a filling, so it stuck with simple vanilla.

Scorpios are strong-willed, intense, and make an impression wherever they go. Just like cherry pies, Scorpios are bursting with flavor that can't be contained by any other person or institution. We would like to see them try!

Sagittarius-born value freedom above all else, the freedom to be whoever they want to be, and do whatever they want to do. Translation: they don't like rules, and the Peanut Butter Snickers Cheesecake Brownie Pie is definitely not conforming to any societal ideas of what a "pie" should be (yes it's a real thing, I didn't make it up).

See also: The Brunch Order That Best Represents You, Based On Your Zodiac Sign