Zendaya is Our New CoverGirl!
Odyssey

Zendaya is Our New CoverGirl!

& this is why it matters. 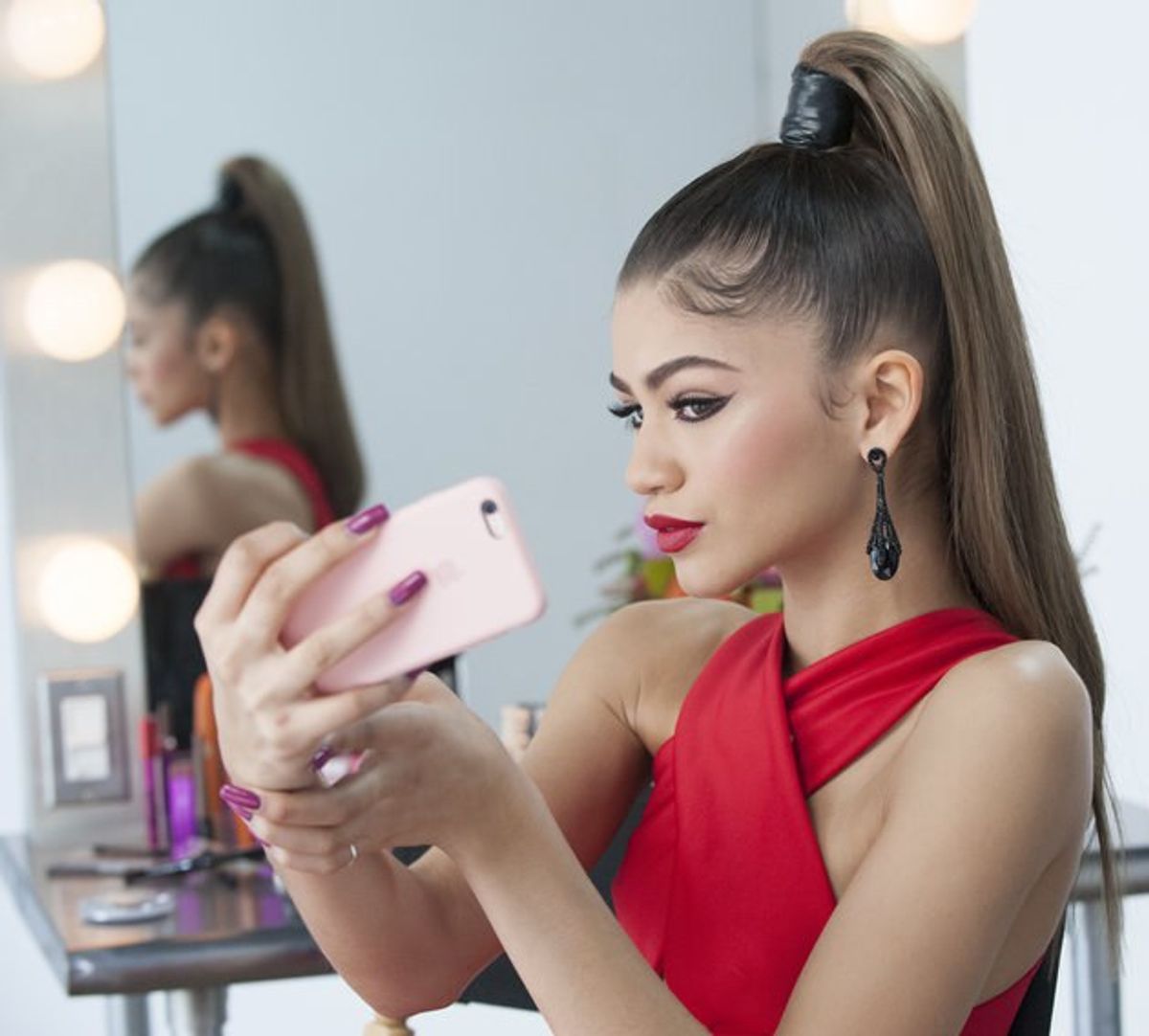 If you don’t know who Zendaya is, oh my, bless your soul. I’ll admit, the first time I saw the 19-year-old triple-threat actress, singer, and dancer on Disney’s “Shake It Up”, I was not impressed. I grew up during the Disney age of women like Topanga Lawrence, Fiona Phillips and Tia and Tamera Mowry. Then, of course, Lizzie McGuire, Ren Stevens, and Raven Baxter. That’s where Disney decided that their actors would be more appealing if they were musicians as well. I was definitely in love with Hannah Montana and as much as I will always love it, even that burnt out quickly. So as unfair as it is, by the time “Shake It Up” came out, I was over Disney channel and Disney's obsession with turning every actor into a singer and dancer.

For years, I heard about Zendaya and everything she was doing. She has publicly sparked conversations on diversity - never forgetting her roots - and female empowerment. She is, without a doubt, one of today's brightest millennials and she really doesn’t get the credit she deserves. She (excuse my lack of a better word but it is highly appropriate) slays every red carpet she walks on, has graced covers of Teen Vogue and W magazine and never holds back from being bold and gracefully shutting down the haters. While she can pretty much pull off any look - sans makeup, full glam, or faux locks - Zendaya has proven that she really is more than just another pretty face.

This is so important to me because, as a POC and older sister to a 16 and 8-year-old, I am thrilled to have someone like her be such a powerful influence on this generation. I wish I had a colored woman to look up to when I was younger so I could have felt comfortable in my own skin. I was one of the two only Filipino girls at my middle school. Watching shows like Lizzie McGuire made me wish I was white. I told my mom I wanted to call her mom instead of mommy or ma, I was not proud of my culture and stayed away from the sun because I did not want to be a brown Filipino. I did not want to speak my native tongue and got so excited when I straightened my hair for the first time.

When I first saw Zendaya at the 2015 Oscars donning her lustrous set of dreadlocks, I was so proud. I remember thinking, “We need more people like her.” Not only because she was rocking something that has never been traditionally deemed beautiful, but also because she did it on the red carpet of all red carpets… The freaking Oscars! She did not fail my belief when she was attacked by Fashion Police host, Giuliana Rancic, with her commentary on her style: “I feel that she smells like patchouli oil… or weed.” This angered me more than you can imagine and I took a huge offense to it. Not only because she was attacking a young woman, not only because it was an outrageously offensive stereotype, but because I am a POC and any kind of representation of a POC in Hollywood is so important to everyone who is POC. And for Rancic to insult her the way she did, is the reason why so many women who are POC are not happy with who they are and do not feel accepted.

Zendaya handled this situation perfectly, stating, "There is already a harsh criticism of African-American hair in society without the help of ignorant people who choose to judge others based on the curl of their hair. My wearing my hair in locs on an Oscar red carpet was to showcase them in a positive light, to remind people of color that our hair is good enough.” So when Barbie released their Zendaya-inspired doll, I was so moved. Looking at photos and skimming over the headlines, I thought, “Wow, that is so beautiful.” But later on, I realized it was not just the doll that was beautiful.

In that moment, “wow” and “beautiful” had more meaning than the doll being easy on the eyes; they were filled with appreciation, surprise, pride, acceptance and progress. It was like someone at Barbie finally accepted that yes, there is black Barbie, but not all blacks look like black Barbie. I remember telling my mom I wanted white Barbie, and it took me years but I eventually accepted Asian Barbie. I grew up with my Asian Barbie, but I don’t look like that. I didn't have straight black hair, almond shaped eyes and I did not grow up tall and skinny. Instead, I was a yellow-skinned mestiza with an average weight and height and wavy and often times non-cooperating, questionably brown hair that I wore in a bun 98% of the time because I never want to take the time to fix it. When this doll came out, I remember thinking: I hope all girls will not only look at this doll, but also the moment that inspired it. The moment Zendaya said it’s okay to look different, to live the life you want to live and to accept your culture and background. Beauty comes in all complexions, features, and sizes. For Mattel to give Zendaya this honor, especially with this particular look, sends such a positive message; not just to black girls but to all girls. It shows us that being different and unique can get you big rewards. (Like your own doll!)

When a magazine notoriously edited images of her to make her skin appear brighter and her hips to seem smaller, I was surprised she uploaded the original photo side by side to show the alterations. It takes a lot to do something like that. (I personally love it because for the longest time I was insecure about my thighs.)

The thing I love most about Zendaya, and why I’m so glad she’s our new CoverGirl, is how self-loving she is. She celebrates her ethnicity and promotes all types of beauty. She’s not afraid of exploring new looks and finding out who she is and who she wants to be. It's hard enough being a young girl so I can’t even imagine how she does it being in the public eye. But she takes advantage of her power and influence and uses it to spread a good message. I love that she is confident enough to say this is a look I like right now and I’m going to try it out. CoverGirl is well known for enlisting powerful women for its campaigns and I’m so proud Zendaya is joining the ranks of diverse alumnae.

The entertainment industry needs more than just a pretty face; it needs a voice. I have never rooted for anyone so hard - especially from Disney. Thank you, Zendaya, for your ability to eloquently highlight the flaws in various industries while remaining the level-headed and charming teenager your fans have not only grown to love, but need so desperately.