I see a space carved out 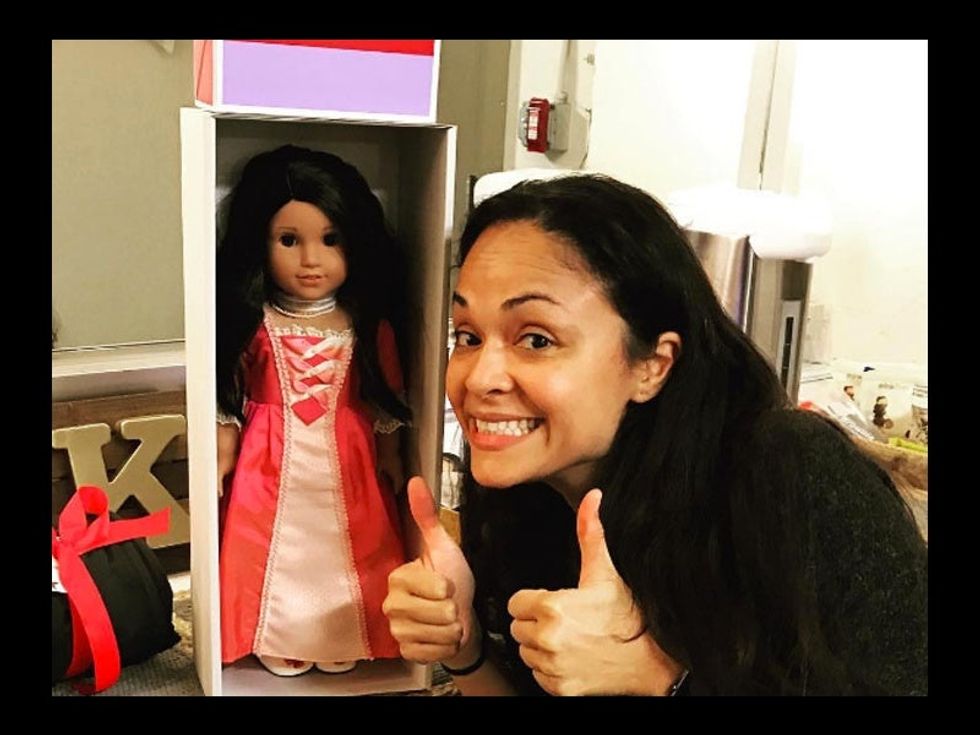 When I was younger "colonial" wasn't a four letter word

The streets of Williamsburg annoyed at having to wear a dress

and wishing she could just work at her father's store

I thought of her beautiful best friend Elizabeth

and her beautiful, blond, silken hair

and her domineering sister Annabelle

I thought of beautiful brocade shoes that Felicity

had to squeeze her feet into and thought they were magic

I thought of the cute little red purse on a string

To tiny to really hold anything but

a pizza slice shaped six-pence and a handkerchief

Wondering how could that open cape shield you

from the bitter cold

She was marketed as a colonial girl

I thought of how brave she was

When she said "I shall take no tea"

cause sometimes it's the smallest moments in life

when you're the bravest

Flipping through her recipe book and thinking,

I'd love to experience a day there, maybe a party

Just for the pastry tower

Years from then, I had to write a short story set in Revolutionary America

And for your inspiration which was a lot like fan fiction

You chose Grandfather and Ben

(Man, scenes between them were intense)

You think you're not his American Girl

But when a doll that looked just like me was

Given to Karen Olivo as a gift for starring

As Angelica Schuyler, a grown-up colonial girl on Hamilton Chicago

I don't feel that at all

I see a space carved out and I'm so grateful