YA Books To Read In College

Sometimes you just need an escape from school. 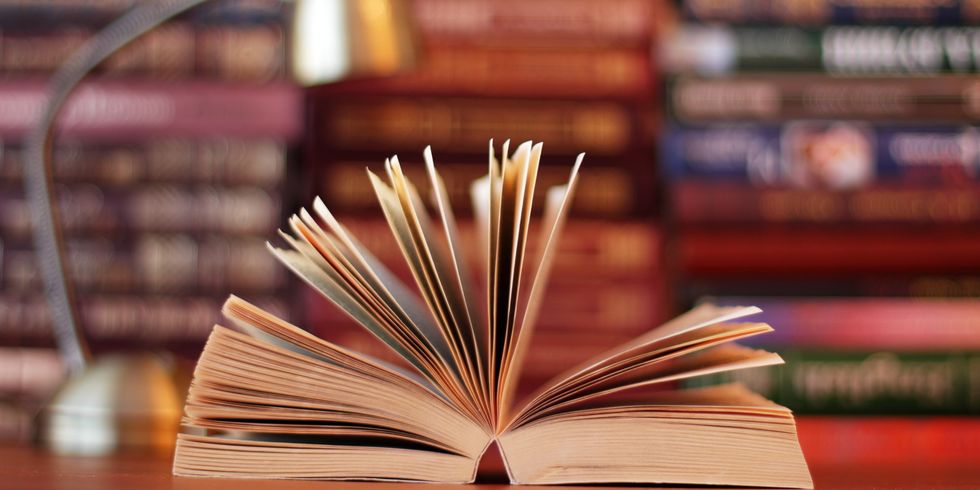 Lina is a high school girl who just lost her mother and had never met her father. It was her mother's dying wish for her to meet her father and get to know him. The hard part was that he lived in Italy while working at a cemetery and she would have to leave her whole life behind in the states to go live with him. Lina uncovers many truths during her time in Italy, things she never knew about her mother, finding things within herself, and meeting the love of her life.

Addie is visiting Ireland for her Aunt's third wedding while traveling with her mother and three brothers. She is desperate to let her past go and recover from her heartbreak. She finds comfort in an old book she finds, Ireland for the Broken Hearted. She is finally able to escape her anxiety and her brother Ian's constant criticism. Addie had plans to visit her best friend Lina in Italy, but her plans changed when she finds herself discovering the Emerald Isle with her brother Ian and his very cute friend Rowan.

In Aly's breathtaking memoir, she tells us about her road to success, what it was like to be an olympic gymnast, and how she overcame bullying and sexual assault. She takes us behind the scenes and shows us what it took to be a champion on and off the mat. She inspires others to speak their truth and make their dreams come true.

5. "The Yellow Envelope" by Kim Dinan

Kim and her husband decide to quit their jobs, and travel around the world after receiving a yellow envelope containing a check and instructions to give the money away. The only three rules for the envelope: Don't overthink it; share your experiences; don't feel pressured to give it all away. Kim and Brian travel across Nepal, Peru, and Ecuador and learn that giving ourselves to a cause or person is transformational.

6. "The Good Girls Guide to Getting Lost" by Rachel Friedman

Rachel Friedman was always a good girl in school, got good grades, and never went out of line. Thats when she bought a ticket to Ireland, and surprised herself the most out of anyone. In Ireland she made a bond with a free spirited Australian girl, who encouraged Rachel to embark on a year long journey, traveling to three continents, filling her life with new friends, and a new found passion for adventure. Rachel learns to live for the moment while traveling to Australia and South America.

For Molly Barlow, she is counting down the days, 99 to be exact until she can leave for college and get away from all of her high school drama. Molly has had her house egged, and nasty notes left on her car windshield. She will never be able to escape her mistakes until Patrick forgives her, and that is not something that will happen overnight.

In the sequel to 99 Days, Molly has gotten her life together as a student at Boston University. She has just said 'I love you' to her new boyfriends and is starting a European vacation with him. But things change when she runs into her ex and his new girlfriend in London. Gabe and his new girlfriend invite them to travel all together to Ireland. They accept, but cannot come to tell their significant others how they know each other. Molly has to spend 9 days and 9 nights pretending like everything is fine, and trying to hide her past.

Natasha is a girl who believes in science and facts, not fate or destiny, or dreams that will never come true. Natasha is a realist and cares about her family, a family who is twelve hours away from being deported to Jamaica. Falling in love with a dreamy boy won't be my story.
Daniel has always been the good son, the good student, living up to his parents' crazy expectations. Daniel was never creative, not a poet or even a dreamer. But after meeting his dream girl he started to believe that the universe had something bigger in store for him.

10. "Everything, Everything" by Nicola Yoon

This book is anything but the basic story of forbidden love, and it's so worth reading. Everything, Everything details a girl who is allergic to most of the environment; trees, grass, and those little floaty things in the air. She has been stuck inside for 17 years, and the only people that she interacts with are her Mom and her nurse Carla. This is when she falls in love with her new next door neighbor, Olly. And everything changes from there, everything.

Dimple Shah, a post graduate who is defiant of her parent's push to get her engaged, falls unexpectedly in love with Rishi Patel. He is a hopeless romantic, who is excited that his future wife, Dimple, will be attending the same summer program as him. As weird as it sounds to most people, Rishi likes being arranged and believes in the power of tradition and something bigger than himself.

12. "From Twinkle With Love" by Sandhya Menon

Twinkle Hehra is an aspiring film maker, who has so many stories to tell the world. When she found the chance to publicly display her dreams in a summer fil festival with Sahil Roy, she jumped at the chance. It didnt hurt that Sahil was the twin brother of Neil Roy, Twinkle's long time crush. When a mystery internet man "N" starts emailing her, she is sure it's Neil, but throughout the film festival Twinkle falls in love with Sahil. "From Twinkle With Love" shows that love can find you in the most unexpected places.

13. "I Am Malala" by Malala Yousafzai

In her memoir Malala tells her story of fighting for girls to go to school in Pakistan, the take over of the Swat Valley of the Taliban, getting shot in the head for going to school by the Taliban, and the youngest ever winner of the Nobel Peace Prize. This is an insightful personal story told by a true humanitarian and feminist for girls all over the globe.

In her memoir, Jenna shares stories of her time in the White House with her sister Barbara, growing up in the spotlight, and watching their grandfather and father become President. Jenna shares what it was like growing up with the Secret Service always behind them and paparazzi always following them, always having their teenage mistakes broadcasted to the public.

15. "What Happened" by Hillary Rodham Clinton

In her unvealing and honest memoir, Hillary talks about what it was like to be the first woman to run for President, what it was like to travel on the campaign trail, and the sacrifices she had to make in order to put America first. Hillary tells her truth in a relatable, funny, and classy manor, detailing the ups and down of the 2016 Presidential campaign.