You Should Know: The On-Call Band
Odyssey

You Should Know: The On-Call Band 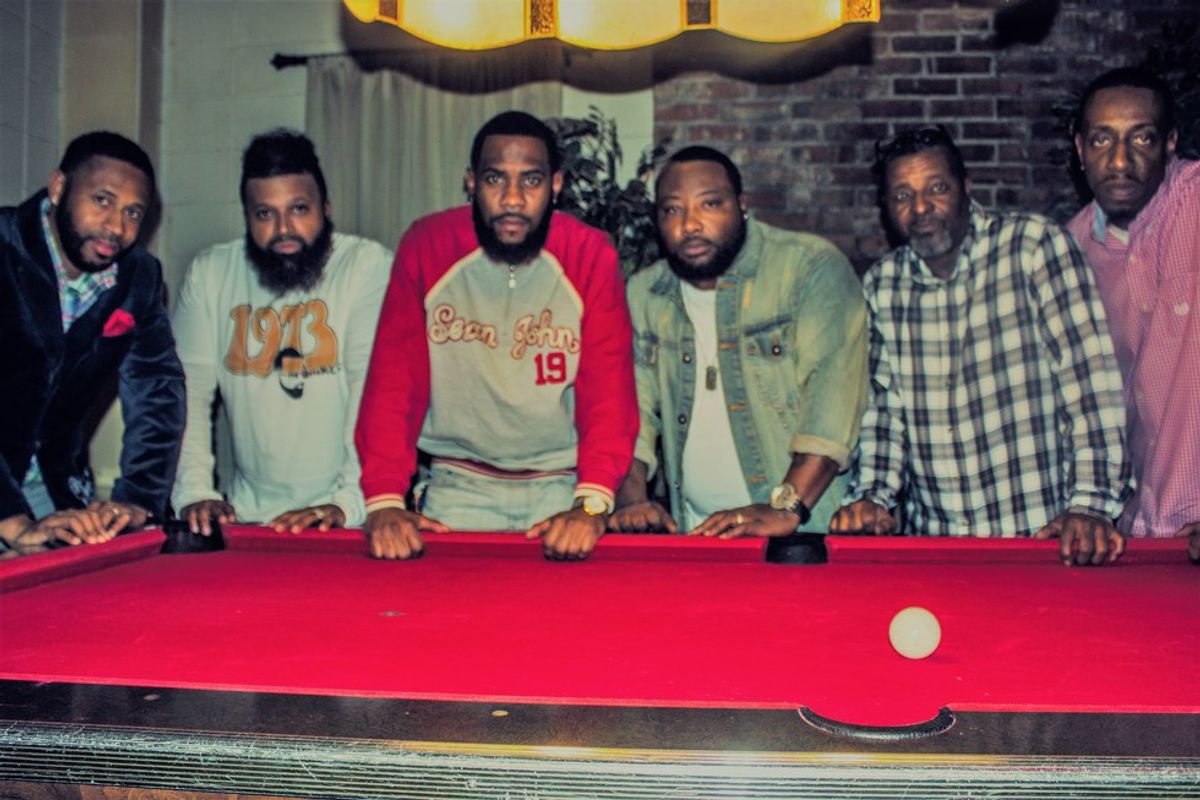 There’s just something about music that has the power to transport you to an exact moment in time. Whether it was your first dance in junior high school or the song that played in the background when you had your first kiss. If you think about it, all of our lives have played to a soundtrack of song. Music, good music, gives you a feeling.

"Music is about love." - Tony Ramos

That was my experience on this particular Monday night at Jazzi’s nightclub. As the band prepared to take the stage, I felt myself a little anxious from the stresses of my day. And then, with a rift of the guitar and a stroke from the keyboard, it was as if I’d gone back in time. Lead vocalist, Charles Gatewood, began with a note from an Al Green classic, and I sat back in my chair and reminisced on the good ole’ days.

I can’t say that I know of many groups that can cover a song better than the original, but to their credit the On-Call Band is not your average group, by far. They’re a musical act that boasts of 6 talented musicians and vocalists, hailing from Pine Bluff, Arkansas each with a style and talent all their own. With gospel roots and family ties, the group says that their union was only natural.

“We’re all second and third singers and musicians and our roots are in the church, so that was how our paths crossed,” says Keith Savage, who joined the group over 14 years ago. Savage attributes the group’s establishment to club owner Tony Dowd who proposed a standing gig at Y Not Jazz & Blues for them to perform as the club’s featured house band.

Like any other group, OCB (On Call Band) has had challenges, as well. The band mates agree that they’ve had their share of spats and ego trips, but they are able to endure because they have a mutual respect for one another and for the music. It’s not only the band’s passion, but their undeniable talent that I believe will lead to this group becoming superstars. It’s only a wonder why they haven’t made it to the big league, yet. However, their impressive résumé includes performing with national recording artists such as Frankie Beverly and Maze, Bishop Bullwinkle and Johnny Gill.

Six members, with individual styles synchronized in collective harmony that can rival with some of the leading groups in R&B today. But don’t limit them to just R&B. “We do old school, new school, we can cater to any crowd,” says music director, Tony Ramos. “So versatile, he adds, Ballads. Pop. Blues. Gospel. It’s not a crowd that we can’t play to,” Ramos continues. “We don’t put ourselves in one genre. That is our niche,” adds Savage.

“Where God is opening the doors, we’re walking through them.” - Keith Savage

There isn’t a band out there that offers the variety that OCB brings to the table. With each member contributing vocals and 4 interchangeable lead vocalists, their sound is unmatched.

Keith Savage is a man of many hats. He’s a musician (keyboard), Lead vocalist & and manager. His role is the spokesman for the group and handles much of the group’s business affairs.

Tony Ramos serves as the group’s music director, bass guitarist and vocalist. “He pretty much does it all (bass guitar) and any other instrument that they need him to cover,” states Savage of his band mate.

William Shaw (Lead vocalist) is a captivating young man with an old soul who can croon with the best of them.

David Williams (drummer, vocalist and co-business manager) is dubbed by his band mates as Mr. Serious. When asked why, Savage responds with, “When he has something to say, everybody listens.”

Charles Gatewood (Lead vocalist), affectionately known as “Uncle Charles” been in business +40 years; He is also a founding member of the band and has mentored several of the members over the years.

Haywood King (Lead vocalist) is an undeniable Lothario. King’s piercing eyes and smooth sounds can make any woman in the room feel as if he’s singing only to her.

And though the group hasn’t focused on original music in the past, Savage offers that may be changing in 2017. He states that they are continuing to develop and expand their brand and artistic range.

For many people, music serves as an escape, often helping them get through some of toughest times. I'm sure many will agree that they've had a flashback when one of their favorite jams comes through the speakers. Whether you were in your car, at home or a family reunion. Music has a way of taking us back- not just to a moment in time, but a feeling. For The On-Call Band, it's more than just a feeling. They do it for the love of music.

Emmaline B
The Narrative
95392
https://unsplash.com/photos/O0T1SIgHAfM