Why Attending Youngstown University Was One Of My Smartest Decisions
Odyssey

Why Attending Youngstown University Was One Of My Smartest Decisions

You didn't screw up. 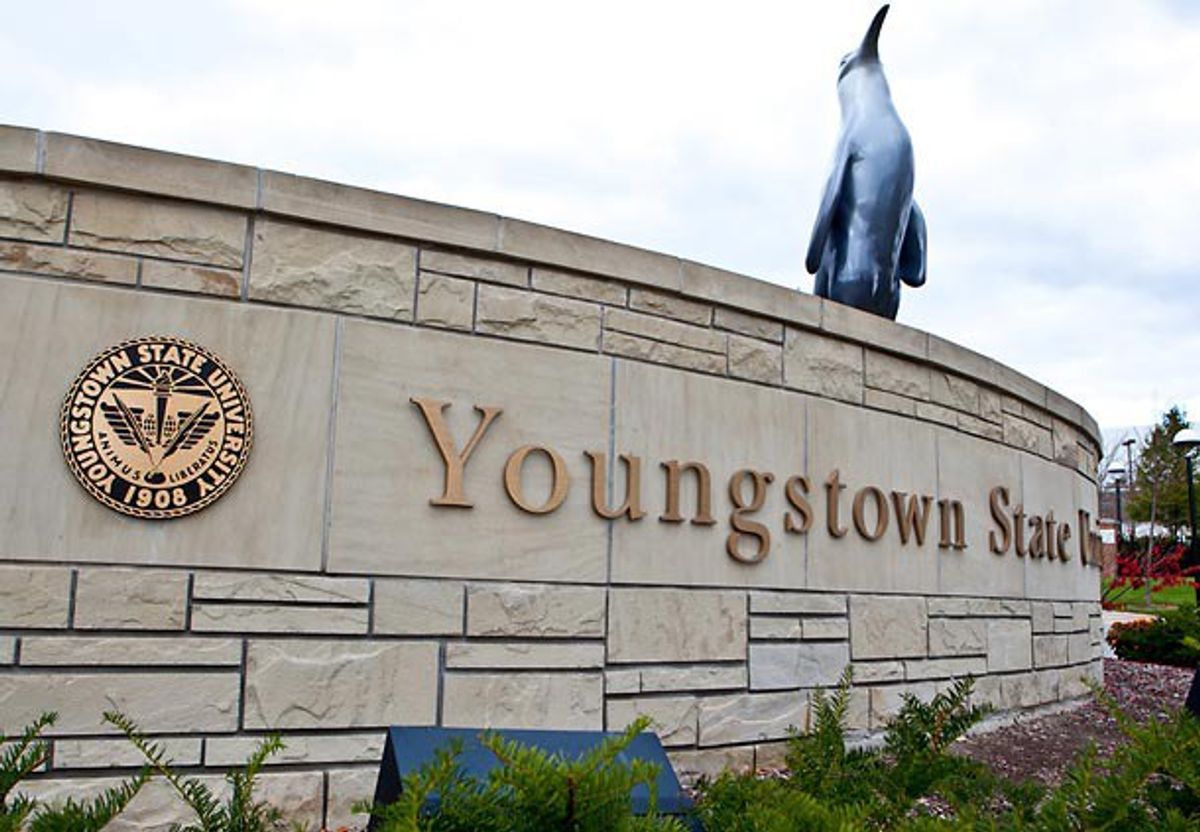 When I was a senior in high school, I ran into a classmate’s dad at the grocery store. We talked for a few minutes before he asked the typical “Where are you heading for school?” question that plagues a person’s senior year. After telling him I was going to YSU, he smirked and said, “Ah, yes, the old ‘You Screwed Up,’ of course.” I felt my eyebrows furrow and my smile fade from my face as I hurried to end the encounter. As I look back on that situation, I again feel a twinge of anger; sure, it would’ve been nice to go away to school and “see the world,” but I have never felt dissatisfied with my decision to attend YSU.

I was born in Youngstown and grew up on the outskirts of the city, so I’ve always been familiar with the area. Throughout my high school career, I applied to a couple of colleges, but I always knew that I’d end up going to Youngstown State. Originally, when people asked me where I planned to go to school, I’d shrug and say “Just YSU,” but someone pointed out to me once that I always said “just YSU,” and I suddenly become conscious of the fact that I took having a wonderful institution within minutes of my home for granted.

Youngstown State has one of the highest acceptance rates in the state, which a lot of people see as a bad thing. I don’t. I think it’s great that those who don’t necessarily test well or who have had a rough past can come to college and earn a degree to better themselves. Nursing and criminal justice are two of the most popular programs at the university, which means that some of the most caring and brave people are earning their degrees at YSU and then going on to literally save people’s lives. In addition to that, the school of business is booming, the liberal arts are as dominant as ever, and even general studies students are going on to make a huge difference in our community and others.

Having a close relationship with my educators has always been super important to me, and that is something that YSU encourages. My advisor is an angel and has helped me so much, and my professors have gone out of their way to make sure that I succeed, no matter what it takes. Some of the classes that I’ve been in have had a lot of students, but for the most part, the student to teacher ratio is roughly 17:1, which is wonderful for the students who take advantage of what their professors have to offer. I owe a lot of my professors. Everything, and it’s because of them that I’ve fallen more in love with my field of study.

Not only have I had the chance to learn from some of the most wonderful professors, I get to sleep in my bed every night. Sometimes, commuting is hard. If the roads are bad or if traffic is horrendous, I get a little snippy. But I’ve been able to live at home and still attend all of my classes without too much difficulty. I get to eat at the restaurants that I’ve grown up with, I often see people I went to school with, and I didn’t have any awkward homesick stages to fight through (which was a huge relief.) I’m in a familiar setting, and that has made all the difference for myself when it comes to learning.

Most importantly (in the long run, I guess), I’ve been able to save so much money by attending YSU. Since I live at home, I don’t pay room and board. Since I live at home, my grandma can still cook me dinner or I can find something for lunch in the fridge without having to spend all of my money on groceries. And my tuition isn’t outrageously priced. At the end of my college career, I will owe approximately $30,000 in debt. To me, that sounds like a lot, but I know people who pay that much money for one year of tuition at other schools.

When it comes down to it, attending Youngstown State has been one of the best decisions of my life.

P.S. The classmate whose dad I mentioned at the beginning of the story? He failed out of a big name school because he partied too much. So, excuse me, sir, who’s the one who screwed up?