No Mr. Shapiro You Can’t Overthrow The U.S. Government with Your Boys and a Couple of Guns

No Mr. Shapiro You Can’t Overthrow The U.S. Government with Your Boys and a Couple of Guns

Who would have known that taking on the most powerful army on the planet could be such a difficult task? 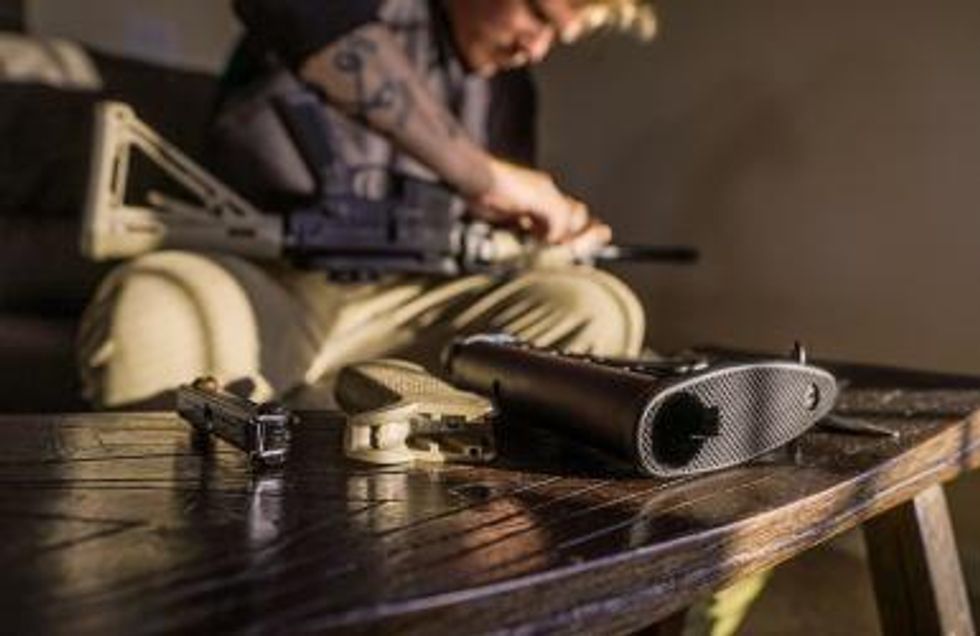 As we come to terms with the recent violent events that took place at our nations capitol a few weeks ago I would like to dispel a few myths about our 2nd amendment and the "well regulated militia", mainly that it exists to prevent government tyranny and that if we wanted to, we could overthrow the US government with our guns.

The claim that the "2nd Amendment is about resistance to government tyranny" or that if the Jews in Europe had guns the "likelihood of Hitler being able to accomplish his goals would have been greatly diminished" is baseless and cannot be supported by any military historian. This view is not shared by many conservatives and gun advocates like Ben Shapiro and our former Housing and Urban Development Secretary Dr. Ben Carson.

One example is on Pierce Morgan's show Mr. Shapiro, a well know conservative talk show host, claims that because his Jewish ancestors in Europe did not have access to guns like we do in the US is the reason "they are now ashes". I want to get one thing straight here, there WERE armed Jewish resistance groups against the Nazis (see Bielski and Parczew partisans) just like how my ancestors (Native Americans) fought bravely against the US government, both instances should be admired for their bravery, but in the end, they were both heavily outnumbered, outgunned and were mainly untrained civilians fighting professional armies and the result is exactly what you would expect.

(notice they have guns)

General Michael Zymierski (top row, center), poses with a partisan unit in the Parczew Forest 1944. (Again notice they had guns)

At the core of this argument lies two beliefs: American obsession with guns and an overconfident "if I had been there it would have been a different story" attitude.

On the issue of our country's obsession with guns I think its fine if you want to consider yourself an Ammosexual; that is a person who really likes firearms, that's fine, but don't pretend that you're doing the rest of us a favor by "protecting us from government tyranny" because there is absolutely no evidence of that ever happening.