Yik Yak Creators On Rise To Success, Future Of App
Odyssey
CurrentlySwoonLifestyleHealth & WellnessStudent LifeContent InspirationEntertainmentPolitics and ActivismSportsAdulting
About usAdvertiseTermsPrivacyDMCAContact us
® 2023 ODYSSEY
Welcome back
Sign in to comment to your favorite stories, participate in your community and interact with your friends
or
LOG IN WITH FACEBOOK
No account? Create one
Start writing a post
Student Life

Yik Yak Creators On Rise To Success, Future Of App 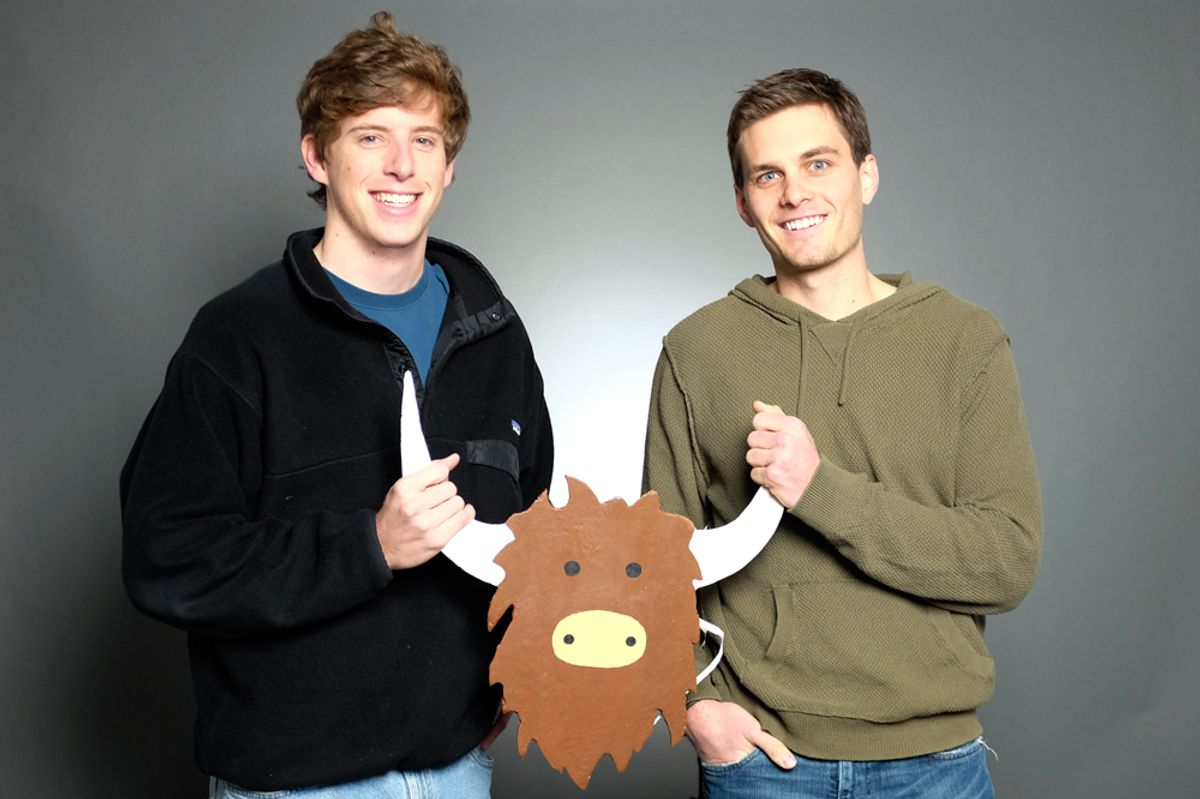 The University of Texas chapter of Delta Sigma Pi business fraternity brought Yik Yak creators Tyler Droll and Brooks Buffington to campus via videoconference on Tuesday, Nov. 4 to talk about how their company's quick rise to success in less than a year. They also took questions from ambitious Longhorns looking to make it big.

“If you’re in college, go for it as soon as possible,” Droll told audience members. “Your room and board is paid for. Your food is made for you. Just take advantage of that. Once you graduate, you have to start making money. You have a little bit more responsibility…Also, start simple. Don’t try to start this complex business. Try to start simple and find a simple way to test it.”

Yik Yak allows users to anonymously post content to an ongoing message board with other users in their area. Users are able to up or down vote posts, and once a post receives five down votes, it is automatically removed from the board. Since starting less than a year ago, it is now at more than 1,000 universities and colleges in America, according to Droll and Buffington.

Droll said he and Buffington went to Furman University together, where they partnered up to try and create a successful app-based business. The two were members of Kappa Alpha fraternity there, and after putting a lot of effort into a more complex communication app, the two came up with Yik Yak, originally as a quick way to make funds for their more complex project.

“What we saw were there were these powerful Twitter accounts, usually run anonymously, and they’d Tweet out these things, usually pretty funny, about life on campus,” Droll said. “And we thought, there’s got to be more than five funny people on campus.”

Buffington said Yik Yak helps to give a voice back to those without a big Twitter reach. “It was pretty much taking the power out of the hands of these accounts,” Buffington said. “Yik Yak, it was kind of just democratizing that, and giving the voice back to everyone on campus.”

Buffington said the two got Yik Yak onto college campuses by sending out thousands of personalized emails to the heads of student organizations, going from college to college, moving across the U.S. from the South.

Droll said the hardest parts of Yik Yak have been keeping it up and making sure that it’s used “the right way.” Bufington said the two made the decision to ban the app from most high schools in America, following a lot of issues with how it was being used at high schools and the ensuing press coverage.

“We kind of figured that if we were going to have an anonymous or pseudo-anonymous app, then the community was going to have to manage it itself,” Buffington said, referring to the ability to down vote and flag posts. “When high schoolers picked it up, they just weren’t using the tools properly…They weren’t down voting the things with names in them. They were just up voting that stuff…They were up-voting bullying.”

Droll said the two hope that Yik Yak, which is now mainly just in the U.S. but can be used anywhere, becomes more global and can be used on a global scale amid international incidents as a communication means. “When something is happening on a college campus, Yik Yak will just blow up. We’ve seen this over and over,” Droll said. “Imagine this on a global scale through Peak.” Peak allows users to look in on the Yaks for another area, though they can’t add Yaks or vote on them.

The two said photo and video might be in the future for Yik Yak, and there are no plans to monetize anytime soon, though local ads via Yaks could one day become part of the app. “We’re just focusing kind of on nailing the experience,” Buffington said. “Way, way, way down the road, it could be a place for kind of localized ads."