Yes, This Is The Future I Want
Odyssey
CurrentlySwoonLifestyleHealth & WellnessStudent LifeContent InspirationEntertainmentPolitics and ActivismSportsAdulting
About usAdvertiseTermsPrivacyDMCAContact us
® 2023 ODYSSEY
Welcome back
Sign in to comment to your favorite stories, participate in your community and interact with your friends
or
LOG IN WITH FACEBOOK
No account? Create one
Start writing a post
Politics and Activism

Yes, This Is The Future I Want

An alt-right tweet questioning the "future liberals want" is exactly what everyone should want. 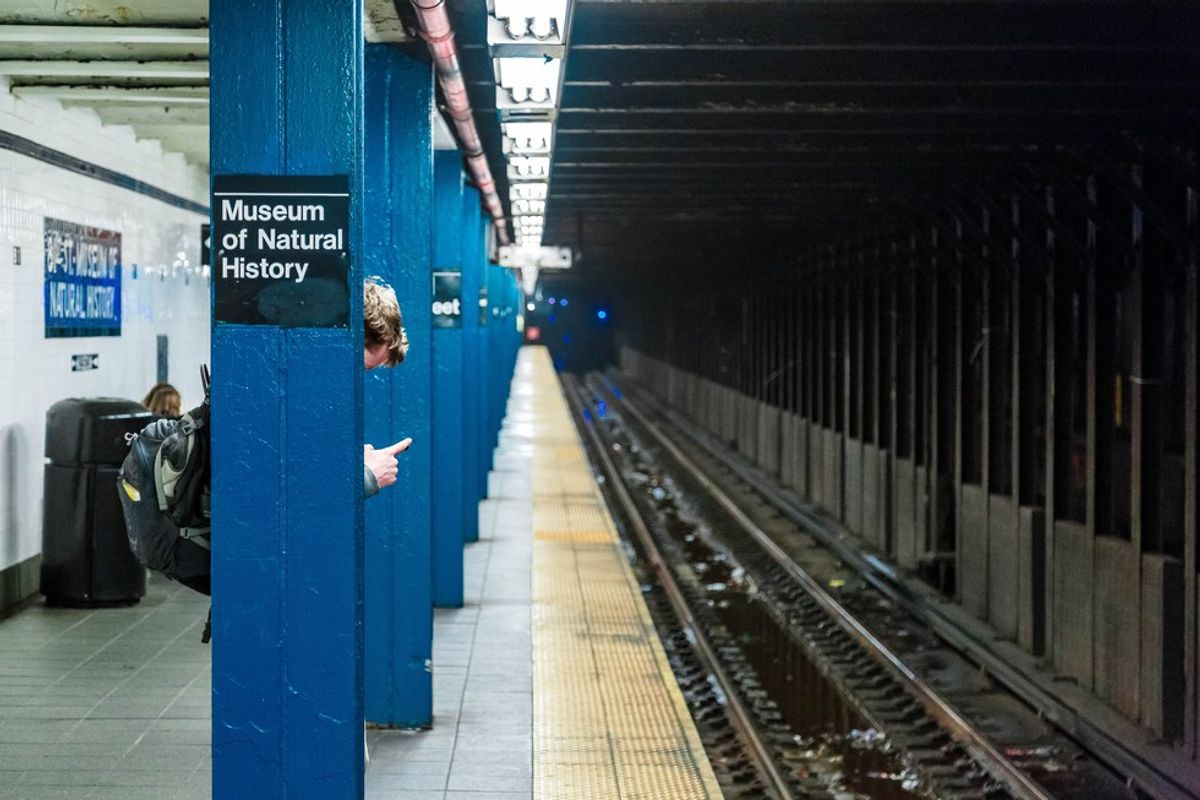 So a woman in a niqab and a someone in drag find themselves sitting to each other on a New York subway ride.

This isn’t the start to some joke, and it’s not meant to be taken seriously either since such a sight on a subway ride in New York is (from what I’ve been told) pretty common.

Some people, however, didn’t see it that way.

A Twitter account named Pol News Network (“Pol” referring to “/pol/,” an alt-right 4chan forum), tweeted a picture of a woman in a niqab sitting next to drag queen Gilda Wabbit riding a New York subway train. The photo, stolen from an Instagram account meant to showcase New York’s diversity, was used to warn Twitter users about what would happen in a world where progressives got their way. “This is the future liberals want,” the caption read.

In true Twitter fashion, Pol got dragged for its caption by sensible human beings who saw nothing wrong with a woman in religious clothing and a person in drag, minding their own business. Because apparently, the people who disagreed with Pol’s message figured out that there are people in America who -- gasp -- don’t believe or act the same way they do. And guess what? They do the sensible thing and not care about it. Because religious freedom and LGBT Americans exist. Because it’s normal.

A woman in a niqab and a transgender individual in the same subway? Minding their own business? Not bothering anyone?! What is this world coming to? Is that what people should want?

Yes, that is what people should want. A community of diversity where people of all ethnicities, races, faiths and sexual orientations are not only tolerated but accepted and celebrated. Muslims and transgender individuals are real, and they ride the subway and live lives just like the rest of us. Whether you accept them or not is your business. But I -- and many other people in this country -- will accept them, as they are, without judgment, because other people are free to live life how they want, as they are.

That’s the America that all of us -- not just liberals -- should strive for.
Report this Content
This article has not been reviewed by Odyssey HQ and solely reflects the ideas and opinions of the creator.