A Year And A Half Just Flew By

A Year And A Half Just Flew By

Its crazy to think that this upcoming week will be the last three official days of the semester... Where did the time go? 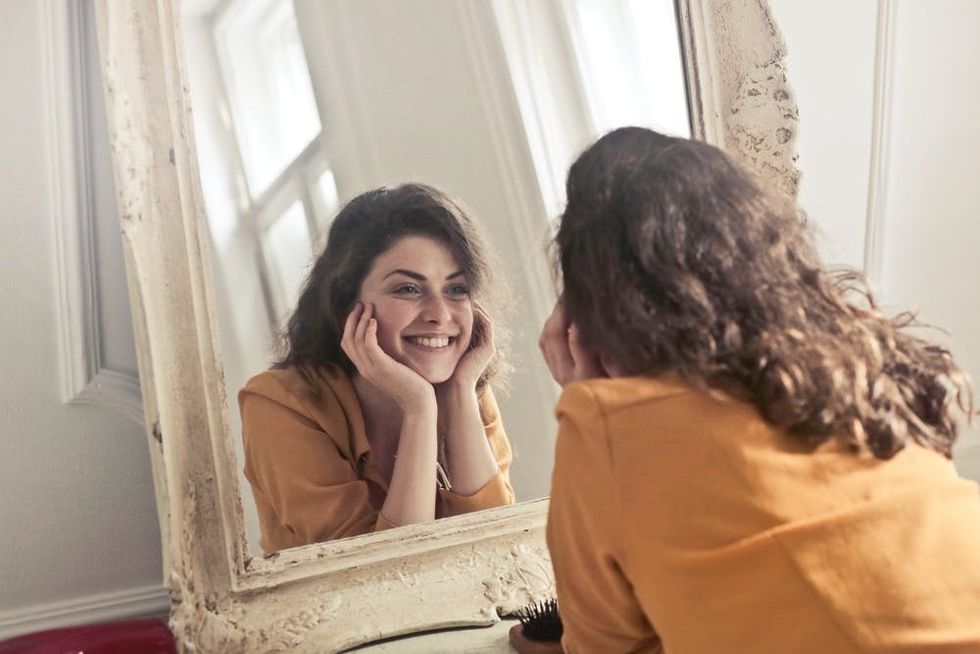 As you probably know, I'm currently a student at Rutgers about to complete my fall semester of my sophomore year. But, can you believe it? I'm a sophomore, already finished with half of her second year of college. Where has the time gone? It seems like yesterday that I was moving into good ol' Tinsley Hall, meeting people and trying to figure out why the heck the buses here absolutely suck (I still haven't found the answer to this by the way). But as this weekend continues, I'm spending it working, studying, and finishing up the last of my assignments before Finals Week officially starts.

Now, normally I wouldn't really care about this kind of stuff. But last night, after having a pretty long heart-to-heart talk with some of my closest friends here, I realized that so much has changed in the last year and half. From world news to things about myself, things are definitely not the same as the used to be. I blame it on college, for sure. However, I don't necessarily think that everything I've gone through was horrible (although not everything was great either). Sometimes I wonder what would have happened if one thing stayed the same or nothing changed from my transition into college, but its a little too late now.

I will admit (and I probably have) that I've enjoyed meeting new people whether it be in my dorm, in class, or on the streets. However, the friends I've made have already changed drastically within this past year and a half. The people that I used to hang out with on a regular basis my very first semester here at Rutgers are no longer apart of my life, while those I was with on occasion have become the people I can rely the most on. Its crazy to think that the tiniest thing can create the most impact on the relationships that you have with others. I never would have thought that I would be friend broken up with, not to mention I never thought it would be done in the way that it was. But, I was very gladly "adopted" into another friend group who have very quickly become my family and a home away from home. There is never a moment where we aren't texting one another and bursting into laughter. I am entirely grateful for them and feel incredibly lucky to have friends who are such amazing people.

There are also the friends I made in high school, while are busy in their own right, who still make the effort to reach out every once in a while to check in. I miss these friends dearly and constantly look forward to going home in order to see them. Its been a while since I've seen some of my best friends but I know that we'll get together a ton over break to eat sushi or at Federici's and binge 90-Day Fiancé. (ps: I miss you guys and would very much like to see you all very soon!)

Again, I've most definitely have mentioned this before, but I struggled to adapt to huge lectures and maintaining the high grades that I was used to. My entire freshman year at Rutgers was filled with tears and stressful nights as I went over problem after problem with no actual success. But this past summer gave me time to think about what I did wrong and I've actually been doing pretty well this semester. My grades went from okay/meh back to what I was used to (although I am getting one B thanks to a professor who was no help at all) because I've found the best way to take notes and study. Of course it changes from class to class, but overall I really understand what works best for me. These grades are such a significant change for my college career and I know that my parents can attest to this because of how proud I get over small victories. There are very much still several times where I have struggled (I believe there was a week in October where nothing good happened), but I've gotten over those losses and came back stronger and with more enthusiasm.

This past semester, I took a course called "Analytical Thinking and Writing for the Intelligence Community" that focused on how to present concise information in written and oral forms; this course included "papers" and presentations and there are no exams/finals whatsoever. But, what I enjoyed the most and was able to learn the most from was the various guest speakers that my professor was able to bring in. These speakers were active professionals in the intelligence community and were very willing to provide us with information about their place of work and what they do, as well as give advice on the best way to getting to their position. I've heard from so many people from so many different agencies and parts of the government that I have never been more sure about what I want to do.

I've already declared my minor in Critical Intelligence Studies and made the last minute decision to double minor in Geography as well. I know that these two minors will not only complement each other but my major in ITI too. I've taken important steps towards accomplishing my goal this semester, when just last year I was beginning to get a little skeptical; I'm proud of myself for not only putting effort academically, but also regarding my extracurriculars. I'm trying to be more involved just like I was in high school, joining Habitat for Humanity, RUSec, and a couple other clubs.

Overall, this past year and half as been a whirlwind of emotions and honestly at this point I don't know how to feel about parts of it. But, I made it through, which is the most important thing.