A Year Of Amazing Grace
Odyssey

A Year Of Amazing Grace

Will Harding look back or forge a new path forward? 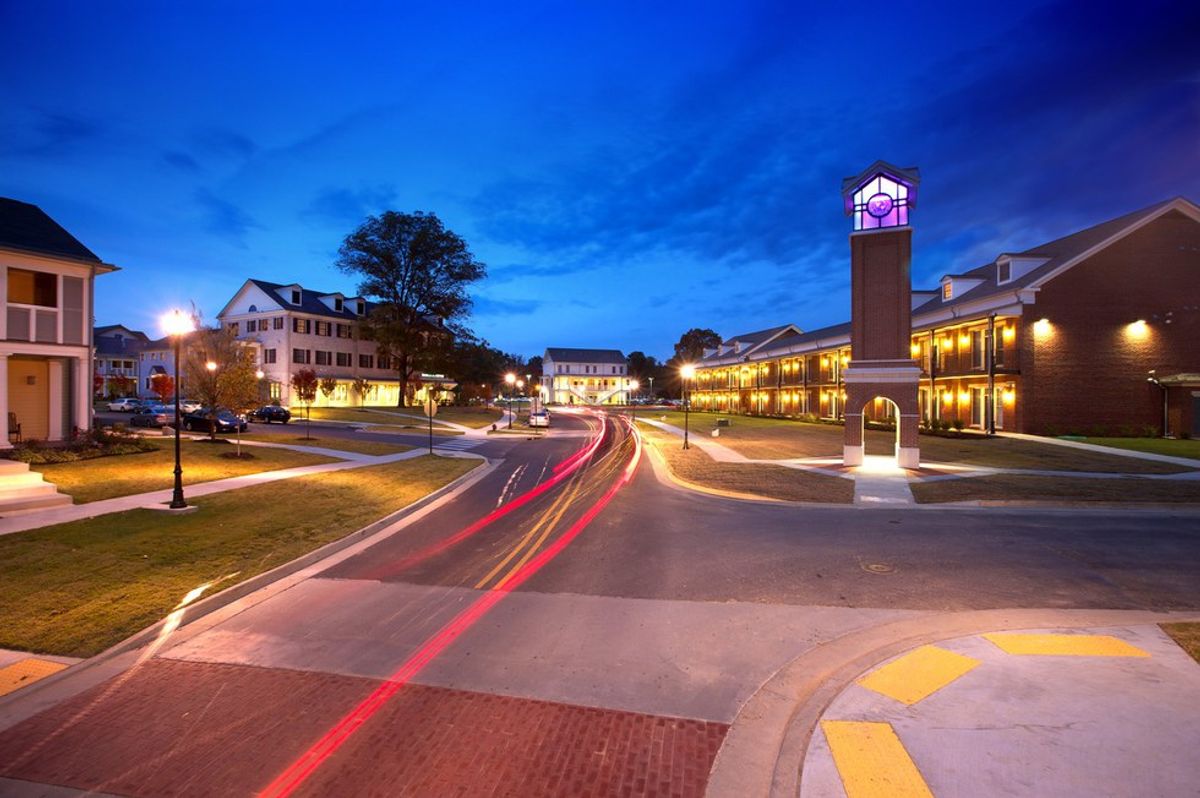 I was pleasantly surprised when, during the spring semester of 2016, Harding announced they would be holding an ASI panel about race relations in the United States.

It is a difficult topic, one that Church of Christ Christians, and Harding by extension, don't like to talk about. Considering the not-so-flattering history of the denomination (yes, I used the term denomination), I can't say I blame them.

Let's take a stroll down memory lane, first considering the broad history of CofC race relations and then Harding's unique history within this broad framework.

The Church of Christ position on race is very simple: don't talk about it. Wes Crawford, author of Shattering the Illusion, put it this way:

"Lacking centralized authority, Churches of Christ sought to mediate their theology through journals, colleges, and lectureships. As the only centralized voices of the denomination, these entities failed to address the division between African Americans and whites, thereby providing a false veneer of cohesion to insiders and outsiders alike. These three bodies not only failed to cohere African Americans and whites, they also helped maintain the illusion of racial unity within the Churches of Christ."

While other Southern churches, such as the Baptists and the Methodists, had a formal leadership that could issue declarations and statements of intent concerning racial relations, Churches of Christ did not. They relied upon their journals, colleges, and lectureships to handle matters that other denominations used their leadership organizations for. While other denominations, by virtue of their leadership, were forced to confront their racial problems, Churches of Christ were not. They simply ignored it.

Consider the history of Harding University. She was the last of the three major CofC schools in the south (ACU and Lipscomb being the other two) to desegregate, waiting until ten years after Brown vs. Board of Education was decided to finally integrate.

President George Benson was the main reason for the delay. School sentiment had already begun to swing towards desegregation by the early 50's, with editorials in The Bison praising schools that had desegregated and hoping that Harding would do the same. In 1955, an editorial read "We would be happy if the college would announce, 'Harding College will not refuse entrance to any person because of his race, creed or color.'"

In a chapel speech given in 1956, titled "Harding University and the Colored Problem," Benson put to rest any ideas that Harding would be desegregating soon. "Thank God you [the students] do not have to make the decision," he said, according to his notes.

In the fall of 1957, following a student petition to desegregate, Benson again returned to the issue in a chapel talk titled "Harding College and the Negro Question." In the talk, Benson defended segregation, claiming that equal educational opportunities were available without the need for integration, that integration was an evil that would "increase destruction to properties, increase gonorrhea and syphilis, and increase pregnancies." He opined that mixed marriages would lead to broken homes and increased crime, ending his remarks with "the blackbirds and bluebirds, the blue jays and mockingbirds, they don't mix and mingle together, young people!"

Certainly those were different times than the times we find ourselves in now. It is important to remember our history, however, for it affects our present.

I credit Dr. McLarty for Harding's recent willingness to talk about race relations. I know that there are professors and students that have always cared and have fought to talk about these issues, but the President truly sets the course of the university, and it seems that McLarty is determined to make race issues a topic that we confront.

At the same time that I praise Dr. McLarty for what he has done so far, I urge him, and I hope that the student body will urge him, to be even more bold and speak even more openly about these problems.

I know that he sees, just as all of us see, those students that visibly check out when the topic of race comes up. I know that he is aware of the uncomfortable shift in the room, the sudden tension that fills the air whenever racial strife is mentioned. I know he hears students saying things like "Why are we still talking about this?" These things are not reasons to back down. Rather, they are the reason why we should stick even more resolutely to the course set before us.

As we all know by now, this is a special year at Harding. William Wilberforce has gotten a hold of the president, so much so that we're watching movies in chapel, which would have been unthinkable even 10 years ago.

To be sure, the story of Amazing Grace and William Wilberforce is a powerful one. I hope that Dr. McLarty will use this story and example as a launching pad to talk about race problems today, and not be content to praise and wonder at the victories of yesterday. Wilberforce did not focus on the battles that had already been won; he looked ahead to the future at battles that needed to be fought.

If we truly want to make this year one of Amazing Grace, we need to look ahead to the battles that have yet to be won. We need to talk about the problems of today, not the solutions of yesterday. I trust that Dr. McLarty has the heart, the wisdom, and the understanding given by God to guide Harding down this path, and I pray that we, the student body, will support him as he leads us.