It was next stage in comic book movie evolution. 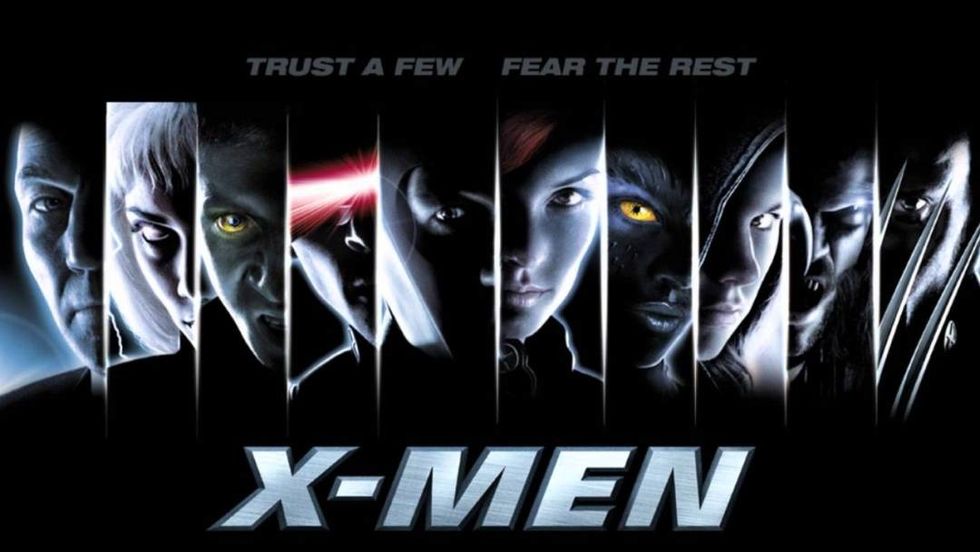 This July, one of the most influential comic book films, which helped spawn the comic book movie renaissance we are currently living in, celebrates its 20th anniversary (feel old yet?). For Bryan Singer's "X-Men", it is very important to remember the time that this film was made.

The latter half of the 1990s with superhero film "hits," such as "Batman and Robin", "Spawn", "Steel", Roger Corman's "Fantastic Four", and "Blankman," really positioned comic book films into a dark corner it hadn't faced in years. The future was not looking bright on the film or comic end.

Marvel Comics was filing for bankruptcy and began selling the movie rights of many of its iconic characters to various Hollywood film studios to dig themselves out of their massive financial hole. 20th Century Fox received the rights for "Fantastic Four", "Daredevil", Silver Surfer", and the "X-Men".

But, of course, the "X-Men" (coming off a hit animated series and run of comics) had the most lucrative on-screen potential for Fox.

Up and coming director Bryan Singer (fresh off "The Usual Suspects"), love him or hate him, decided to give this film a much-needed grounded approach. The opening scene of this summer blockbuster doesn't start in the X-Mansion or Times Square, but with a rainy and bleak portrait of a concentration camp in Poland and a young boy being separated from his parents.

But it doesn't end there. Instead of the skin-tight bright costumes that the comics and cartoons had immortalized, Singer's X-Men were wearing tactical-based black uniforms and fighting a prevalent societal threat beyond the magnet man with the helmet. Prejudice from a world which hates and hears beings who have the powers to save them, which would be even more reinforced in the sequels.

"X-Men" is also the film which introduced general audiences to the relatively unknown Aussie Hugh Jackman as everyone's favorite mutant Logan (code name: Wolverine). Even in his first on-screen appearance, everything that comic fans love about Wolverine; his strength, his attitude, his secrecy, and his humor are there.

Sure, Jackman's a little taller than the pint-sized Wolverine that most comic fans are familiar with, but the personality of the character remains very much intact.

But keeping characters intact doesn't end there. Patrick Stewart as Charles Xavier (Professor X) and Sir Ian McKellen as Erik Lensherr (Magneto) are still to this day some of the finest casting choices for a comic book film. There's a reason that those are the only two actors who ever had the chance to play those roles currently and required a prequel for others to make their mark on the characters.

To the hardcore fans, James Marsden's Cyclops not being the focal point of the movie, as he is in many of the comics since the series inception in 1963, could be an issue. But in 2000, just having the X-Men in a film taken seriously and not for laughs was enough.

This was the definitive "X-Men" film experience, for the time.

For an early 2000s superhero film, this is exactly what audiences needed to reinvigorate interest in the comic book movie genre. While "X-Men" may not have been the financial powerhouse of 2002's "Spider-Man" a few years later, "X-Men," and to a larger extent, "Blade" with Wesley Snipes in 1998, helped pave the way for the superhero renaissance we are all living in today.

I can go on and on about the dated special effects of the crudely mutated Senator Kelly (Bruce Davison) escaping from Magneto's lair, but that's more of a technical issue that's bound to happen with any aged film. I've decided to look more at "X-Men's" subject matter and specific narrative.

On the whole, the areas of the film that are lacking, mainly the personal interactions between the team members (don't remember Jean and Storm having any scenes one-on-one) that current comic book films have relatively thrived on, are definitely felt. But at the same time, Fox was not sure that they would be able to make another one of these films.

"X-Men" was a massive gamble for the studio that ended up paying off for both the filmmakers and fans in the end. If you are able to put the X-Men not being decked out in their bright yellow and blue uniforms or Wolverine not being 5'3 aside, Bryan Singer's "X-Men" is a huge stepping stone in the evolution of comic book movies.