Worst Year Of My Life, Again

In my double-life as a 14-year-old girl, Worst Year of My Life, Again is one of my new favorite TV finds. 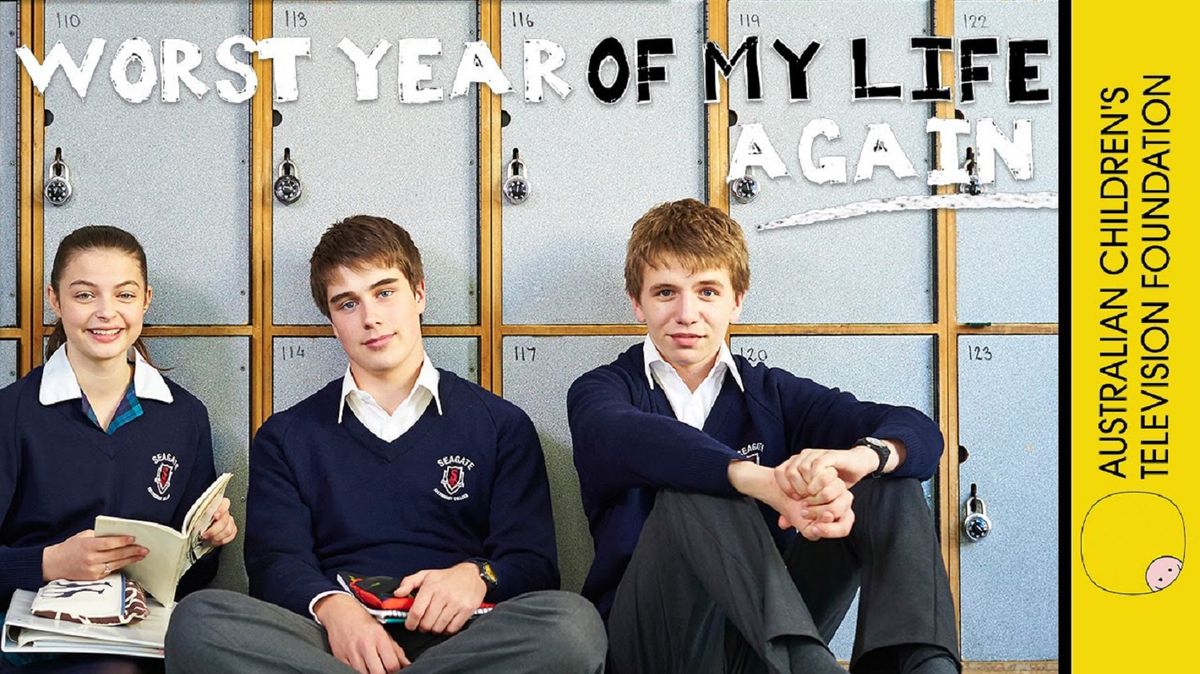 I found the Australian teen dramedy Worst Year of My Life, Again (WYOMLA) on Netflix a few weeks ago, and I've already watched the whole one-season, thirteen-episode run from 2014 about thrice over. It's a very good show. I can imagine that there might be some people who wouldn't care much for it, but I think there's one particular aspect to the show that's extremely well done, and that alone should give it some value.

The "he/she likes his/her best friend without the best friend having a clue" plot is definitely not a new one, but WYOMLA executes on this trope beautifully. I don't want to spoil too much, so I won't go into a lot of detail, but I'll say that this subplot to the main storyline in WYOMLA becomes increasingly visible across the first two episodes. After that point, it continues to ramp up and becomes both sadder and funnier moving toward the last few episodes. If you want to find out how the subplot finishes out, you'll have to watch all thirteen episodes.

There are three key factors which play into the success of this subplot. The first is how well the actress playing the crushing character uses body language and facial expressions to convey her feelings. Much of this is done when the character she's crushing on isn't paying close attention, but not all of it is. On the occasions when he is seeing her language clearly without interpreting it properly, there's a great level of emotional resonance.

The second factor elevating the quality of this subplot is the crushing character's dialogue. The character's personality is somewhat eccentric, and this factors into the plotline. Perhaps I'm overanalyzing, but my feeling is that some of her strange behaviors are actually faked in certain situations, allowing her to combat events. In any case, her dialogue overtly-related to this plotline is very well-written, eliciting a strong emotional response and connection to her character.

The final factor contributing to the success of this "crushline" is a specific set of behaviors shown between the "crush" character and the "crushed" character. Most of the time, the crush character is a pretty good friend to the crushin character. Sometimes, however, he can be a little bit harsh. He can hurt the crushing character's feeling without really meaning to. Because his friend is crushing on him, her reactions to these words are stronger than they otherwise would be. She doesn't want to let on what her true feelings are, other than with the hints she throws at him from time to time, so in most cases (not that there are a large number of instances of this harshness, only a few), she only expresses her discomfort through facial expressions that the viewer has to decode.

In writing this article, I've had to walk a fine line between spoiling WYOMLA and describing why its major subplot is amazing. Hopefully I've done a good job. There's a lot more to this one-season series than this subplot, but this subplot is, in my opinion, the best part of the show. If you have Netflix and six hours of free time, I highly recommend you give WYOMLA a try.

Glorie Martinez
71
Why I Write On Odyssey