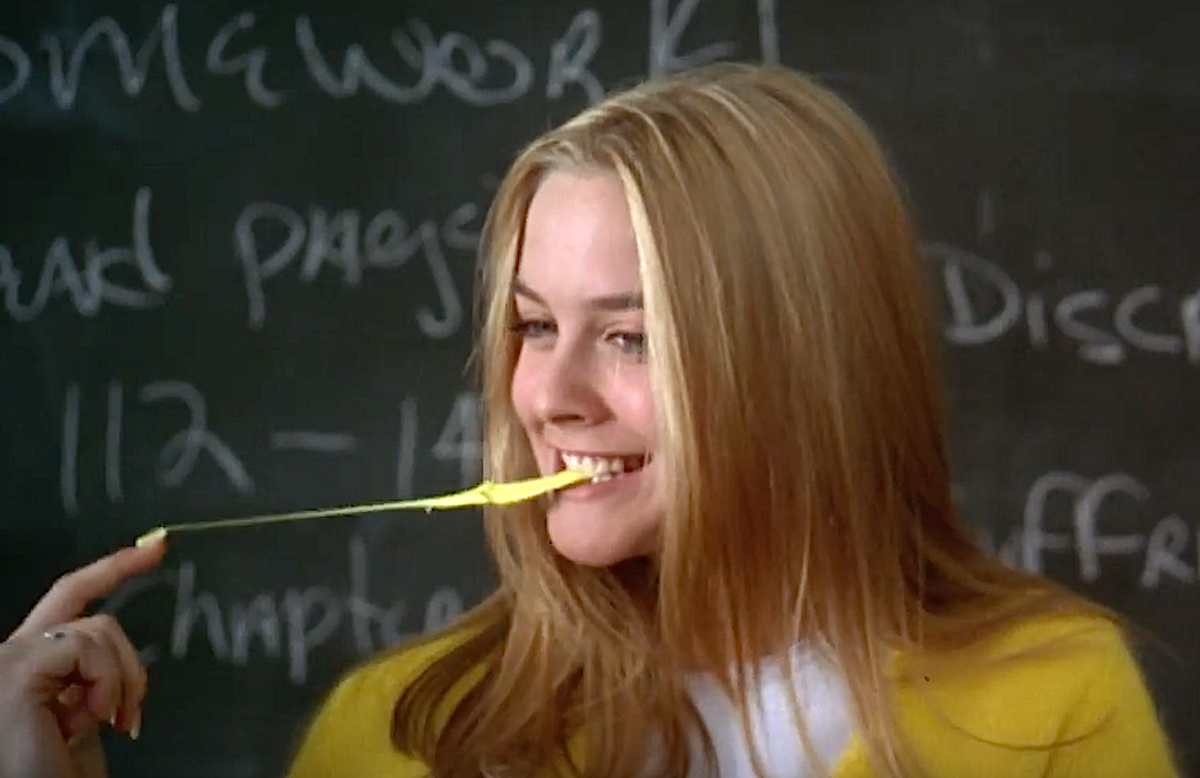 “Research has shown that young women are the movers and shakers when it comes to language, the innovators,” says sociolinguist Vera Regan.

Beginning in the Californian subculture of the Valley Girl and transcending generations of different ethnicities, ages, and genders, “like” has become one of the English language’s most iconic terms.

Don’t even kid yourself. You know it’s true. You probably said “like” at least five times today.

And to think it all started with the apparently “ditzy and shallow” teenage girls of the 80s. Rather than mocking the “innovators of language”, as Regan put it, take a moment to understand how “like” went from a specifically defined adjective to a tri-decade encompassing motif of a generalized interjection that drips with history, culture, and infamy.

So how did Val-Gals hypothetically and linguistically redefine the speech patterns of an entire global community?

The use of “like”, popularized by the San Fernando sociolect, appears in the modern mainstream media as an action to ridicule. For the past thirty years, the “quotative like” has been a commodity amongst casual conversations, and thus has been mocked for portraying speakers as unintelligent, rich, and spoiled.

“You might say that non-standard like is all over the place. That it’s got no rules, it’s lazy, it’s chaotic, it’s disorderly, however, in fact, there are rules,” Regan recounts from her Ted Talk.

“Like” in its common use today is as a quotative, a type of interjection used to inform the audience the speaker is about to say a quotation. As a quotative, the word has three major uses in conversation: to introduce a not “word for word” quotation (e.g.: “She was like, ‘Stop that!’”), to paraphrase an unspoken idea (e.g.: “And I’m thinking like, ‘who do you think you are?’”), and to prepare the audience to view the speaker’s hand gestures, facial expressions, and reenactments through physical movements.

Like” is also well known for being a classic interjection, a word abruptly exclaimed or remarked in sentences. In this form, it can help give the speaker a moment to regather their thoughts or redirect topics. (e.g.: “Like…Oh! On the topic of…”)

With many various grammatical rules and specifications on how to use the word “like”, no wonder people think of unintelligence when they hear its use. Do note the sarcasm.

Now you might be thinking, “Lauren, how did the use of “like” in this manner initially begin and why has it remained so prevalent for almost forty years?” Well, I’ll tell you, very specific and poignant question-asker. See, a person’s speech is based on three factors: their location, their identity, and their plans.

“Like” initially exploded on to the linguistic scene back in 1982 California with Moon Zappa’s hit single “Valley Girl”. The song is of a Valley Girl persona reciting Californian teen sayings of the time in the now stereotypical yet iconic voice. After the song made it to the Top 100s, “Valspeak” hit an all-time high.

Alongside the song’s success, the idolization of the Californian lifestyle caused for massive popularity, crossing the country and across genders. Even boys and young men were now using it because of its transcending from the female-only territory and into the budding linguistic trend of surfer and skater slang.

The sociolect had become universal amongst teens of the 80s and soon to be adults of the 90s and 2000s. These now adults then spread the speech pattern to their children, passing the once decade-specific Valspeak to a whole other generation.

By the time these children had become teens in their own right, the 1995 film Clueless was released starring a myriad of characters reembodying the Valley Girl way to a new decade of speakers. The film became a teen classic reigniting the speech pattern’s popularity of using the stereotypical Valley voice, uptalk, and “like” itself.

The usage was not so generalized anymore after a decade of fading into the background. History was repeating itself. “Like” has now transformed from being used to get across a specific catchphrase description of the times such as “like gag me with a spoon”, to being used when the speaker does not have the needed descriptors to get across their thought (e.g.: “Like… you know…”).

With the next generation came the age of texting, which only added on to the updated use of “like” as a filler word. Children and adults had begun simplifying their online sentences, adding internet lingo and abbreviations to help with the brevity needed for posts, chats, texts, and tweets.

This transcended into colloquial use, causing a massive upheaval of SAT worthy vocabulary and the introduction of the modern day “like” to fill in the gaps. Speakers were verbalizing their pauses to think, mid-sentence and verbalizing with none other than “uhm”, “uh”, and “like”.

Nowadays, the word is still seen as a teen girl staple but is in fact meshed into the conversation style of several generations, genders, and nationalities of speakers.

Just like with any other slang term, the only move to make is to hop on board the language train and accept any and all future language innovations coming from the “language innovators” or young women of their time.

And to those who refuse to jump on the linguistics bandwagon, well, “Linguist Patricia Cukor-Avila sardonically yet truthfully states ‘eventually all the people who hate this kind of thing are going to be dead, and the ones who use it are going to be in control.’” (Peterson).