Women In The Bible: Jezebel
Odyssey

Women In The Bible: Jezebel

The life of a wicked queen 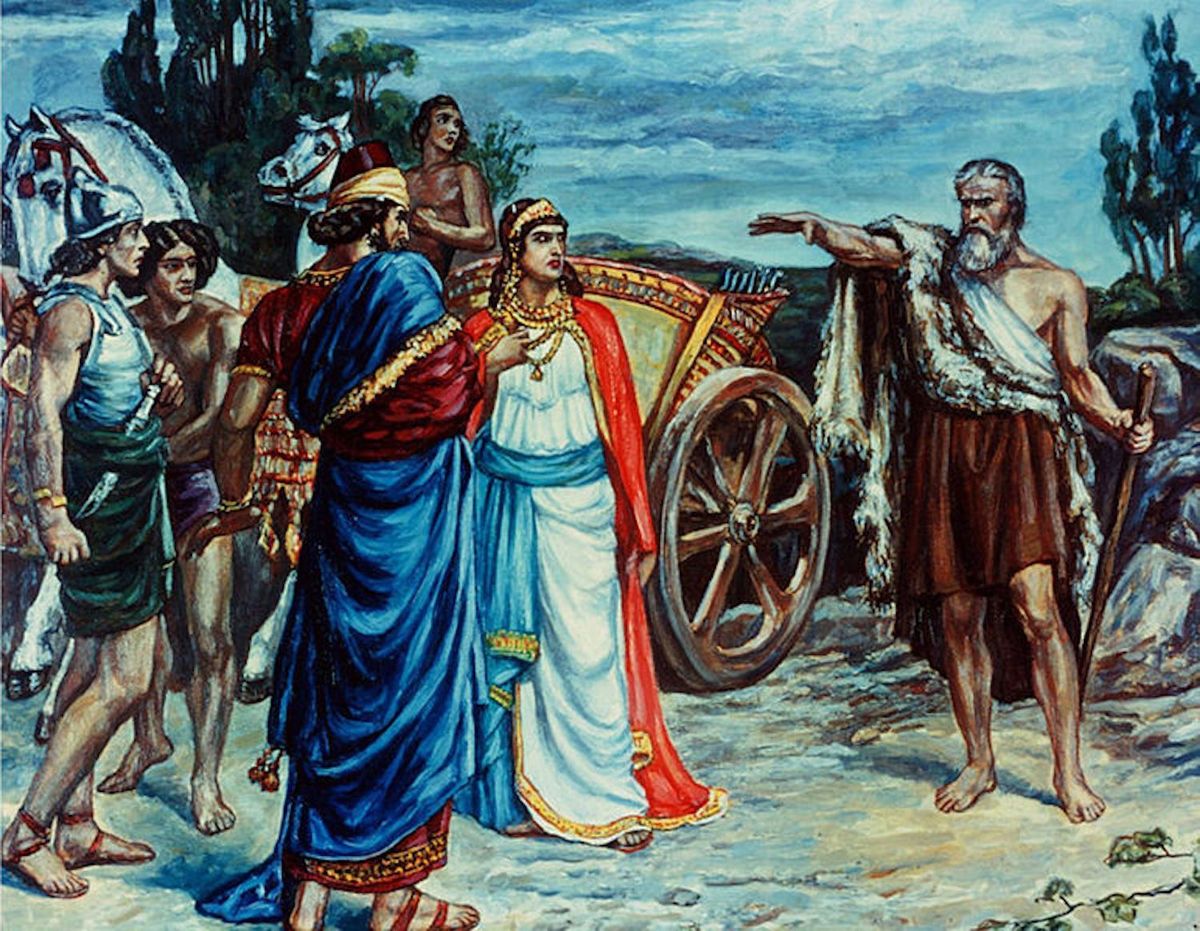 Jezebel received a reputation as the wickedest woman in the Bible. She was King Ahab's wife, a Phoenician princess, and daughter of the Sidonian (Phoenician) King (Ethbaal), who was also the priest of the Baal cult.

What did she do?

Jezebel frequently convinced her husband to do evil things. For example, Ahab came home one day very upset and wouldn't eat because a man named Naboth wouldn't give him his vineyard, even though he offered Naboth lots of money (1 Kings 21). Jezebel told Ahab to cheer up and that she would obtain the vineyard somehow for him. She wrote letters to the city's elders in Ahab's name with a command to fast and seat him in a high place among the people. However, she seated two scoundrels next to him, who said that Naboth cursed both God and the king. As a result, Naboth was stoned to death. Jezebel then told Ahab to take over Naboth's vineyard.

Jezebel absorbed her husband's power and ruled as the queen of Israel. She demanded that her husband and the people worship Baal, a false god. Jezebel also killed many of the Lord's prophets and sought to kill Elijah. However, God punished Jezebel for her wicked ways––dogs ate her body after a young prophet told Jehu that dogs would devour her body and that nobody would bury her (2 Kings 9).

Why her story matters

Jezebel's story demonstrates what happens when people use their position of power for evil things. Instead of using her power for good, Jezebel murdered and deceived people. Her story also shows that idolatrous and wicked people received judgement in the Old Testament. In addition, reading through 1 Kings 16 helps us see that women, not just men, can commit evil crimes.

Knowing what she did helps us understand Revelation 2:20-22:

" Nevertheless, I have this against you: You tolerate that woman Jezebel, who calls herself a prophet. By her teaching she misleads my servants into sexual immorality and the eating of food sacrificed to idols. I have given her time to repent of her immorality, but she is unwilling. So I will cast her on a bed of suffering, and I will make those who commit adultery with her suffer intensely, unless they repent of her ways. I will strike her children dead. Then all the churches will know that I am he who searches hearts and minds, and I will repay each of you according to your deeds.

Jezebel is used here figuratively instead of literally. In this passage, John warns the church in Thyatira to avoid any person (instead of Jezebel herself) that commits the sins of idolatry, sexual immorality, and false prophets. These sins were common throughout the Bible. John also warns these believers that God gave them time to repent, yet they continued doing evil things.