Without The Game
Odyssey

For every senior collegiate athlete whose season is about to end or has already ended, this one's for you. 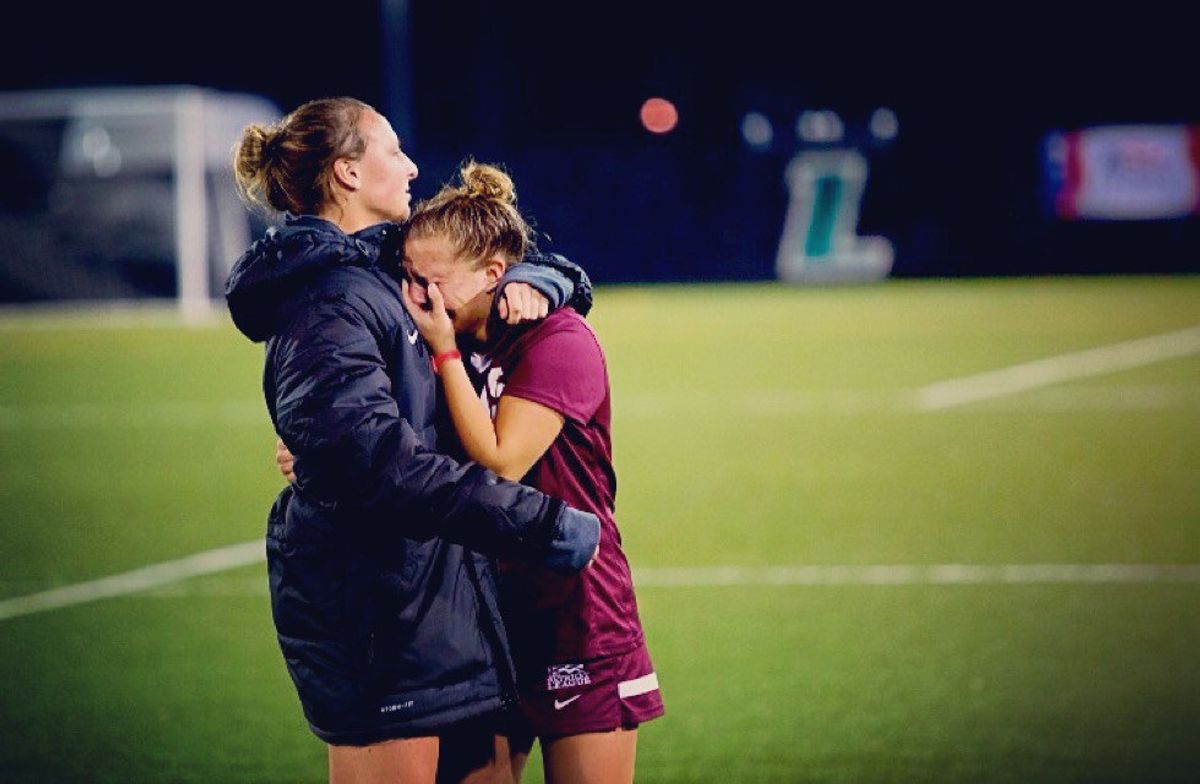 Silence is usually described as a feeling of stillness; a state of peace, a split-second of quiet, a season of serenity. It’s harmonious and soothing and usually portrayed by unruffled waters or someone sitting in tranquility. This is what silence looks and feels like to a lot of us most of the time. We long for a moment of silence in this loud and crazy world. We crave it and when it finally comes, we close our eyes and hang on tight to it, for it is ever-fleeting.

But, what if this isn’t what silence always looks like? What if there was a silence that hung around for a little while? A silence that is deafening, unwanted, and conflicted. A silence that looks more like someone struggling to stay afloat in rough waters rather than someone sitting peacefully near unruffled ones. What if silence looked like this instead? What if silence felt like this instead? What if I told you that this type of silence actually exists? Would you believe me?

Almost all elite-level athletes—college, semi-pro, or pro—experience this kind of silence. There comes a time, whether due to injury, retirement, or ineligibility, where the silence sets in. No more cheers of the crowd chanting. No more recognition for record-breaking performances.

No more noise, clamor, or commotion. Just silence -- echoes of what used to be.

Some might say that this is too drastic and dramatic; that sports are just a silly game us athletes play and that we need to get over it. But what those people might not understand is that losing the game is like losing a part of ourselves. We’ve spent most of our lives dedicated to our sport—years preparing, conditioning, competing. We’ve not only invested ourselves physically, but mentally and emotionally as well -- becoming consumed with the wins and losses, the highs and lows. It defines us in a way. Gives us purpose. Gives us an identity. It becomes our world and we become wrapped up in it. So that is why, when it’s all said and done, when the final buzzer buzzes and the last whistle blows, it’s a big loss -- probably the biggest loss in all of our athletic careers.

At this moment, we’re left to undergo some serious life re-evaluation; left asking who are we? What do we do now?

As the collegiate fall season nears an end, the first wave of senior student-athletes begins to face these questions. Less than 2 percent of collegiate athletes will go on to play pro, leaving 98 percent subject to the silence soon. Sure, there are adult leagues and beer leagues we can go on to join, but it won’t be anything like the game we played in high school or college. We’re competitors; we love the thrill of a rivalry, the pressure of a playoff game, the grind of going to practice every day, the feeling of being victorious, the locker room celebrations, the long bus rides. We live for that. And while recreational sports may still have all of that, it won’t ever have quite the same feel as it once did.

This transition is something that we rarely talk about. But, I say, if every athlete is bound to go through it at some point, why not bring it to the forefront and acknowledge it? Through sports, we have been lucky enough to create more friendships and memories than most people dream of. We have grown as people and learned more lessons from athletics than school could ever teach us. So, when that moment comes, when the clock strikes 0:00, and it’s all said and done, while inevitable sadness will strike, I’d like to offer a little bit of advice.

Finally, no matter how deafening it may be, take the time to listen to the silence, because while our sport has certainly molded us and inarguably impacted our lives, it is in no way definitive of who we are. Remember that, and more importantly, believe that. Believe that you are just as important and just as valuable to the world as you were when you played your sport. Because if there's one thing I know for sure it's that being a good person is what truly matters in this life. Who you are without the game is what matters and how good of a person you are doesn't change just because your playing days are over.

The silence will only begin to fade, once you believe that.