Witches... And Their Brew-tiful Beginning

Wait... that cauldron has beer?! Pass me a mug! 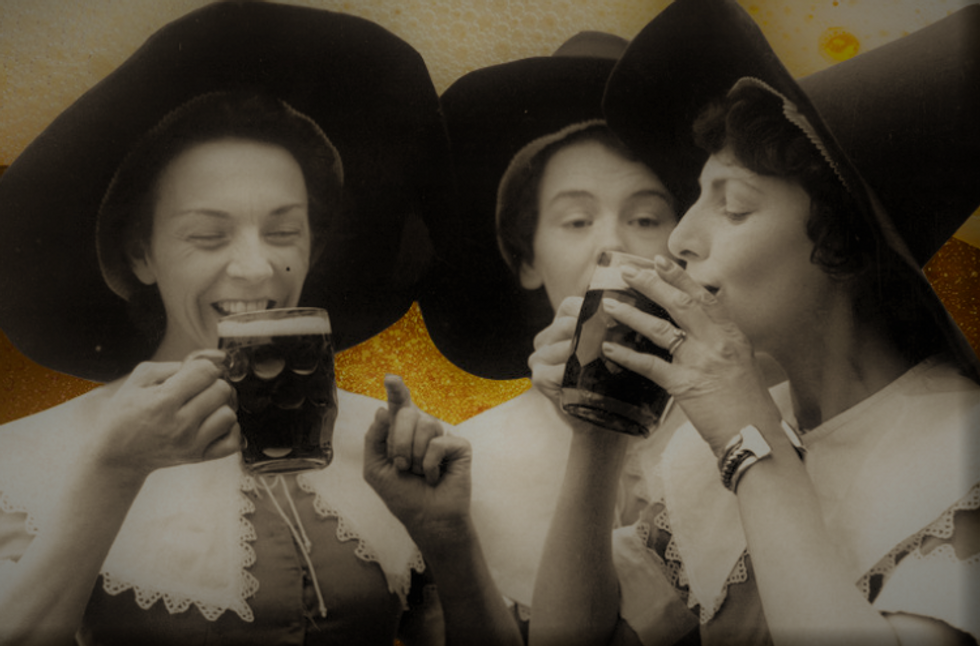 Beer is a very concept subject considering it's deep past, but as we look at how witchcraft came into existence, the two somehow are intertwined throughout history.

Prior to the 15th Century, women brewed the beer. Being one of the most preferred drinks, mainly because those who drank it, did not become sick. Our ancestors in the early ages did not know the dangers of microbial bacteria and the process of making beer, which involved heating it up, killed those harmful microbes.

In the early times, when men were hunters, women were gatherers and domestic workers, part of those domestic duties included gathering ingredients and producing beer,

Most beer is boiled in some form or at least heated, this is the root of the black iron cauldron that you see tied to witches throughout history.

Some of the most productive women of the time enjoyed selling their brew, this led many of them to place a broom on the porch of their home, a universal sign of domestic trade. Many would place the broom out when the brew became ready.

These ladies also enjoyed being recognized in public, this caused many of them to begin wearing tall cone-shaped hats so potential customers would recognize them in public, opening opportunities to sell brew.

Since the brewing occurred at home, most women would keep a cat to keep rodents out of the grain barrels.

One of the biggest changes we see in brewing was the Spanish Inquisition which men wanted to take over brewing of beer, they began to see it as a more, male-dominated role. Women did not take kindly to the either since many had been brewing for years, they refused to stop.

Male-dominated trade guilds were stunningly popular throughout Europe, so the thought of a woman-dominated, de-centralized organization made their masculine counterparts cringe.

In a sort of "fire back" at those damned rebellious alewives, The church began teaching that witches worshipped old pagan gods and would lead good-standing members of society down a wrong path by providing false hope. Even more disturbing, the church released caricatures of witches as slaves of the devil, doing his earthly works for him.

It was also announced that these witches brewed potions and had unsuspecting members drink them.

As you can see our modern interpretation of witches stems from this doctrine put out by men wanting to dominate the beer industry. The pointy hat, the broomsticks, the cats, and even the bubbling cauldrons. Our modern view may look at witches in a horrible manner, but history has lied. These women were not evil seeking wretches, but rather jolly, beer brewing heroes of the time period!

Kudos to those women, and Cheers to the memory of the Alewives!