What adversity are you using humor to "cope" with? 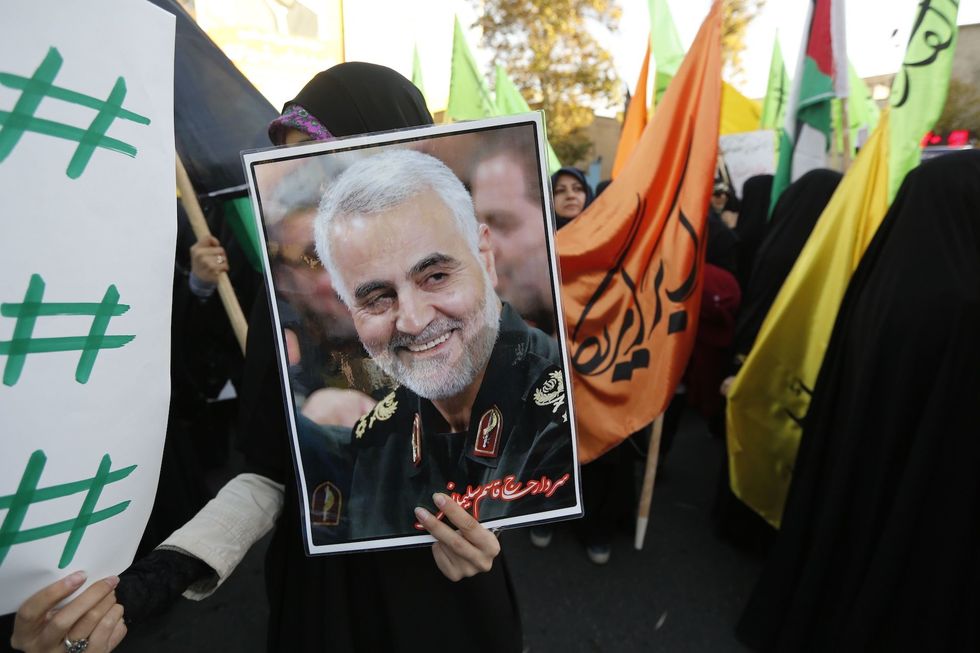 It seems as though the younger generation has learned to, for lack of a better term, "cope" with the continuously changing and damaging political climate we live in by taking to social media, most of the time in the form of a meme.

So it's really no surprise that America reacted to the murder of Iran's top military figure, Qassem Soleimani, by a United States airstrike the way that we did. As soon as reactions began to be posted, most of which included the general question of, "What happens now?" the crisis turned to Twitter clout with the trend, "WWIII."

These jokes mainly have to deal with the possibility of a draft in an oncoming war, including all kinds of ways to avoid being drafted, with traces of satire towards topics like mental health and feminism. Sure, remaining ignorant of global issues in our modern society and the well-being of others whose skin is not lightly pigmented seems to be the American way. And while, admittedly, I had found myself laughing at a few at the beginning, the reality is that almost all of these jokes are based on a misunderstanding of war that stems from ignorance — and it's something that needs to be addressed.

To make a strong prediction on what exactly is to ensue would be foolish since there are so many variables with no singular clear path. There are a few things, however, that we do know as of right now. The first is that the murder brings on a lot of resentment (quite obviously) to America, with promises of avenging and retaliation from varying Iranian powers.

The second is that, if Iran decides to target the United States in direct military combat, like said imaginary WWIII, they would have little to no impact on the U.S. and allies' militaries. In other words, there would really be no serious damage to anyone at home (hence dismissing any thoughts of a war-ridden future for the States).

The third thing we know is that there is going to be an increased number of Iranian civilian deaths, something that a lot of people seem to be forgetting.

These "draft" jokes are just proof of how little people understand the realities of our presence in foreign countries beyond what our Western-culture history classes teach us. The war with Iran has been a muddled topic where both Democratic and Republican opinions overlap, mainly because it's not as black-and-white as either side likes to think it as. But, beyond that, the U.S. military presence in Iran is not black-and-white either, and it has been detrimental to the lives of Iranian civilians. Contrary to what a lot of people seem to believe, the U.S. military is not the unconditional "good guys." In fact, morality often goes out the window when it comes to political advancement in foreign countries.

The fact of the matter is that we, as American citizens, are ignorant of how life is like in so many other war-ridden countries, whose military presence can be partially credited to America's post-World War desire to play God in proxy countries (among other things). For many of us, we've experienced only one act of war in our home country, something that we mourn every year on September 11 without fail. For most and for a long time after, 9/11 was not a laughing matter. Yet now we take it upon ourselves to not only ignore but make jokes about how acts of war like 9/11 are a constant in brown people's lives overseas, and then refute the idea that we are senseless as a Western society.

(And yes, with an emphasis on race, because people of color in foreign countries and even on our home ground tend to be deemed as, more or less, expendable, in not just wars but in matters of capitalism, policing, etc. Our international history has strong roots in racism and we cannot overlook its influence in this matter, either.)

Because for us, while war means drafts and increased presence in foreign countries, it is also deeply intertwined in political schemes and capitalism. For example, many people will and have already begun to argue that war is good for the economy. Others, like none other than Donald Trump himself (among other politicians in both parties), will utilize it for their own political advancements like, say, diverting attention from impeachment trials or trying to gain more approval for the approaching election. These additional reasons for war are so important to keep in mind when reflecting on how we, as a culture, treat war. We are so detached from it that we cannot possibly fathom the horrors of it, and use it mainly for selfish reasons like furthering your political agenda, strengthening capitalism, or getting 24,000 retweets on your last tweet.

This abhorrent humor has become normalized, a fact that should not be overlooked. Why do we think that, after our history of ignorance and violence, it's OK to joke about an increase in war? What does it mean for us that we are completely OK with laughing at what will inevitably cause a drastic increase in Iranian civilian deaths?

People in Western society are justifying this abuse by using "humor to cope" but what exactly is it that you're "coping" with? At the end of the day, we as Americans can turn off our phones after liking that last draft tweet. We could go to sleep in our beds under the same roof as our parents. We don't actually have to worry about any threat to our domestic safety.

We have nothing to "cope" with, we aren't going to be the ones that are killed at the expense of this attack. To us, it's just a joke. To others, it's a matter of life and death.

And I, personally, find nothing funny about that.