Why I Will Never Regret My All-Girls Education
Odyssey
CurrentlySwoonLifestyleHealth & WellnessStudent LifeContent InspirationEntertainmentPolitics and ActivismSportsAdulting
About usAdvertiseTermsPrivacyDMCAContact us
® 2023 ODYSSEY
Welcome back
Sign in to comment to your favorite stories, participate in your community and interact with your friends
or
LOG IN WITH FACEBOOK
No account? Create one
Start writing a post
Sports

Why I Will Never Regret My All-Girls Education

An all-girls high school may seem strange to you, but to me, it was home. 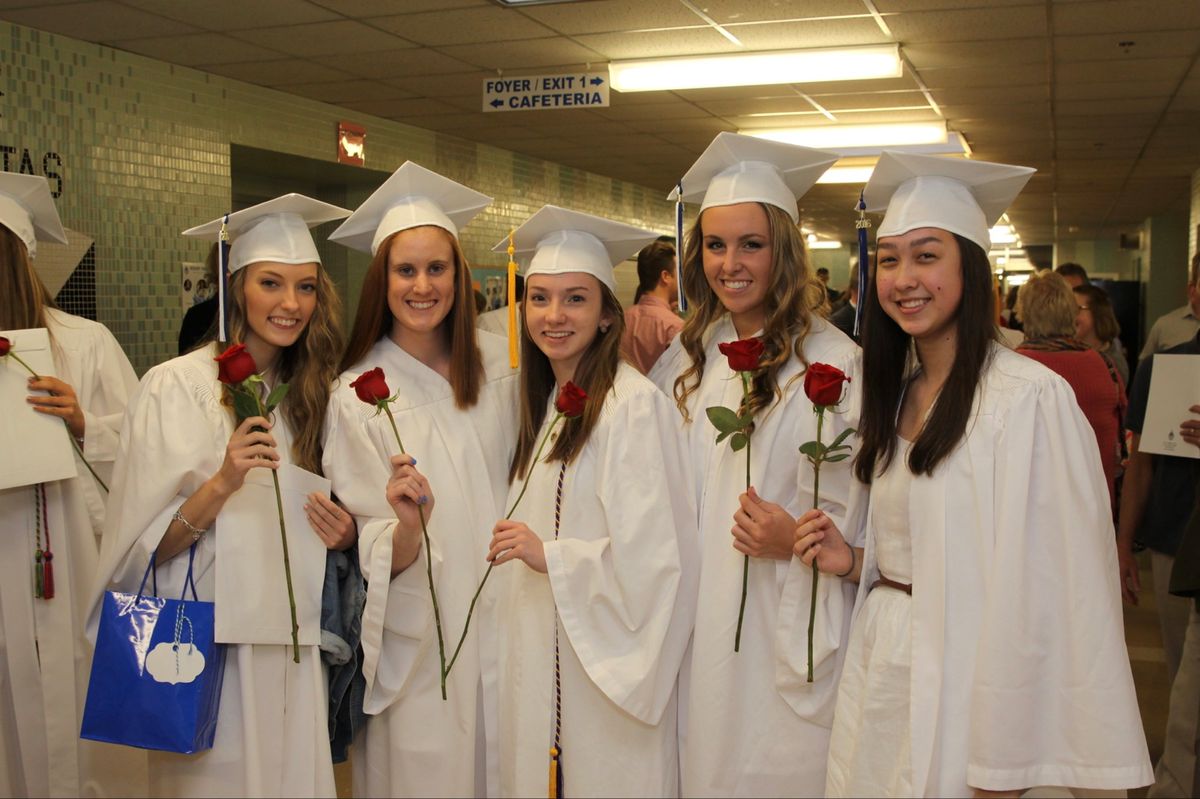 When most people think of high school, thoughts that may come to mind are trudging through cramped hallways, the whole town attending Friday night football games, and graduating with kids they had known since kindergarten.

When I think of high school, I think of plaid kilts and button-up blouses, a building consisting of only four hallways, shared prayers before every class and 84 girls who, even though I hadn’t known them since kindergarten, became my sisters.

If you didn’t catch on from that description, I definitely did not have a normal high school experience, because I attended a Catholic, all-girls, college-preparatory school. Don’t worry- coming from years of explaining that fact, I bet I already know all the questions running through your mind right now.

First off, yes, there were nuns, but they were not the threatening, ruler-wielding women in black you’re probably thinking of. These women of faith were supportive, sweet and funny. Second, and putting to rest the most burning question I typically receive, yes, thanks to our brother school, we were friends with and dated boys, went to dances, and sporting events. But if you were hoping for that stereotypical movie scenario where you and the cute jock in a letterman jacket fall madly in love after you pick up the pencil he dropped in Spanish class- sorry girl, you’re flat out of luck. To answer the third frequently asked question, believe it or not, a school full of teenage girls was nothing like those catty and dramatic reality TV shows.

After telling people about my high school, and answering those initial FAQs, they usually assume that I was forced to go there. Or, they automatically label me as a weirdo because they presume I haven’t encountered a boy in four years- makes sense, right?! Most often though, they feel sorry for me because they believe I missed out on that “normal” high school experience.

Even though my four years may have been unique (not a lot of people can say they received a detention for wearing the wrong colored socks like I can) I don’t feel like I missed out on anything. All I am sure of is that because of my seemingly unconventional school and the community within it, I grew to be who I am today, and had the absolute time of my life while doing so.

To fully understand why I am so grateful for my high school experience, we must travel back to the undoubtedly best years of everyone’s life- middle school (note the very heavy sarcasm). Growing up, I was always an outgoing and talkative kid. That is, until sixth grade, when a combination of being intimidated by attending a much larger school and a major lack of self-confidence (thanks, puberty) lead me to become shy and introverted around anyone I wasn’t close with. I had a small group of friends, never dared to raise my hand in class, and pretty much dreaded every day of school.

At the end of eighth grade, I was frustrated. I knew that, deep down, I still had that fun and outgoing side of me, and I was tired of suppressing it. By that time, I knew by making the switch to private high school, I wouldn’t be taking the same route as my public school classmates. I decided to look at this change of course as an opportunity to start fresh. Although it was scary going to a new school where I hardly knew anyone, I made a pact to not allow myself to become intimidated and reserved again, but rather, to push myself to be outgoing and open, no matter how daunting it seemed.

As I nervously walked into school on my first day of freshman year, wearing a hand-me-down uniform that was a size too big, I had no idea I was beginning a journey that would positively shape me into who I am today, and impact me for the rest of my life.

At one point or another, all teenage girls have felt some level of pressure to impress a boy. Whether that be through their appearance, personality, or intelligence. With no boys, my classmates and I could remove that worry, and in turn, were comfortable enough to be completely and utterly ourselves. For most of us, that meant never wearing makeup, tossing our hair up in messy buns, and reluctantly shaving our legs once a week. Actually, more like once every two weeks. Okay, you caught me, our razors realistically came out like once a month.

On top of having to maintain a put-together appearance, another unfortunately common behavior that stems from the pressure girls feel to impress the opposite sex is when they dumb themselves down with the hope of receiving attention or seeming more attractive. Obviously, at an all-girls school, this disheartening behavior isn’t carried out. If you’re a genius, you don’t have to hide it. Conversely, if you struggle in a subject, you can ask millions of questions without the fear of ridicule or embarrassment stopping you.

That pact I made with myself would have been easier said than done if it weren’t for the welcoming community of young women I found myself surrounded by. With no pressure to be cool or to fit in with a certain crowd, days were filled with dancing in the hallway, making stupid jokes in the middle of class, and being extra dramatic about any and all assignments.

Because of my all-girls education, I broke out of that confining shell I had hated so much and became the girl I always knew I could be. I had the freedom to be my sarcastic, energetic and silly self. Whether we liked it or not, in a graduating class of 84 students, we had collectively seen each other through our best times and our worst times. Loving and encouraging one another through the good, the bad, and the ugly provided me with undeniably real friendships. Being encompassed in such a supportive environment, my self-confidence flourished. Those years taught me that I should never tolerate any type of relationship in which I feel pressure to act a certain way to receive approval or fit in. I am me, and that is enough.

Because of my all-girls education, I know that being diligent and hard-working is the key to success. As one would expect at a college-preparatory school, the curriculum was challenging and demanding. I spent countless nights burning the midnight oil studying and completing assignments. Our teacher’s expectations were high, and due to the small class sizes, slacking off and slipping through the cracks unnoticed wasn’t feasible.

Although often feeling overwhelmed and drained, none of my classmates ever stopped pushing for success. I can truly say that I have never been in the company of a more devoted and driven group in my life. I was blessed to be surrounded by individuals who put so much emphasis on their academics. Bettering themselves and striving for perfection was a top priority and witnessing that motivated me to be better every day. Although academic achievement was important to everyone, there was never nasty competition. Someone was always willing to have a major cram session minutes before the exam with you- we were on that chaotic and stressful ride together.

In today's world, you can almost instantly receive anything you could ever want with the push of a button. With capabilities like that, it makes sense that individuals have come to expect instant gratification and beneficial outcomes easily handed to them. Because of my challenging all-girls education, I have come to appreciate the fact that nothing worth having comes easy. True growth and success is unattainable unless you are willing to put the effort in.

Even through all the curiosity and passing judgements surrounding my high-school experience, I will never regret those four years. No, there weren’t any cute boys in letterman jackets roaming the halls, beautiful state-of-the-art facilities, or big-budget glamorous proms. However, there was love, and faith, and a whole lot of laughter. And there were 84 girls, who began as strangers but ended as sisters. That tiny school and all that came along with it, is the reason I am who I am today. An all-girls high school may seem strange to you, but to me, it was home.