Why I want to be like Most Girls
Odyssey

Most girls, our fight to make every day. 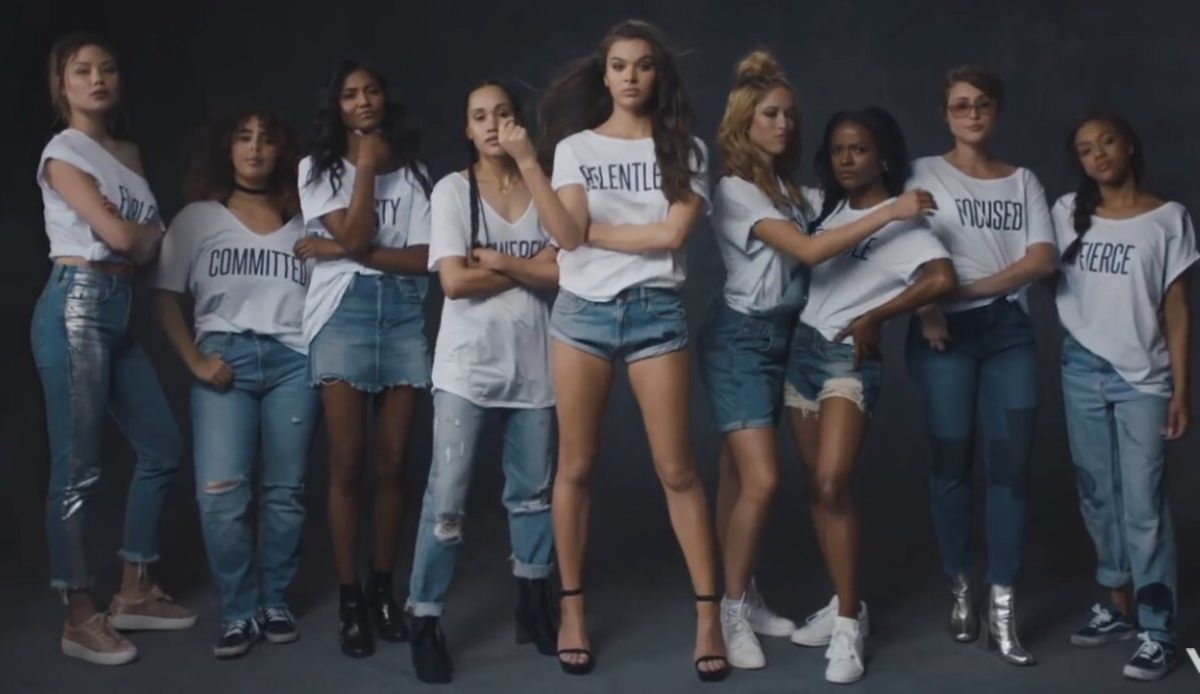 I Want My Pop Culture

Last week, my best friend and I were taking a road trip and my all time favorite song came on, Most Girls by Hailee Steinfeld. Now if you haven’t heard this song, give it a listen then report back to my article.

After having this song on repeat as my morning jam, car jam, and happy songs playlist, I realized how extraordinarily empowering this song is. Now let me take the time to explain what is going on in the music video. Right off the bat Hailee and some guy, let’s call him “Brad,” are on a date. Brad looks at her and says, “You are just not like most girls.”


Now okay, I get it, to some people, this is quite an amazing compliment. They think that the guy, a.k.a Brad, sees something different in them than what he sees in every other girl. But almost immediately Hailee is offended. Now if this were me in this certain situation, I probably wouldn’t have thought twice about this supposed compliment...but here I am, writing an entire article about not being like most girls and proving why I have since changed my mind.

First off, I never realized it, but this guy is generalizing and stereotyping the entire female population. He is saying that Hailee is different maybe because he has been hurt by a previous girlfriend or something along those lines so keep that in mind.

Going back to the video, Hailee then strips her heels and tight dress and is now seen in a white t-shirt, hair messy and jeans (my everyday look, lol, sorry mom). Then the song starts.

Now let me explain something to you, I will be honest, I have been a victim of stereotyping my own gender before. I have told my friends that I am not like most girls, I don’t like to wear makeup every day or do my hair, I don’t flirt with a ton of guys or go to parties. But what I failed to realize is that not every girl in the entire female population does that.

Just like Brad in the video, I lumped a few people into one category and used them to represent an entire population of people. After hearing this song, I realized how entirely wrong I was and how empowering this song really is.

Often times, I felt very out of place within the girls that I grew up and hung out with. I was not boy crazy in Middle School (man, how times have changed) and I never went to parties. In saying that, I just assumed that all girls within my generation did those things. It is easy to stereotype someone even your own gender when you feel out of place or awkward. I have done it many times, but as crazy as it sounds, after listening to this song and taking some time to grow up, I felt a sense of belonging.

Since coming to college, I finally found the group of girls that I fit in with and that is the girls who sometimes look like they just rolled out of bed or the girls who have perfectly curled their hair and steadily applied makeup, it really just depends on the day. As Hailee says in the song, “Some girls, feel best in their tiny dresses, some girls, nothin' but sweatpants, looking like a princess.” This line is so me.

As I have stated before I am literally obsessed with this song and it is on three of my playlists. That is because of how uplifting and relatable it is! Hailee sings “You know some days you feel so good in your own skin, But it's okay if you wanna change the body that you came in, 'Cause you look greatest when you feel like a d*** queen...”

If you are a female of any age and this does not relate to you, then you are lying straight through your teeth. This is probably the most accurate song lyric that I have ever heard. Personally, I have days when I feel like I am on top of the world and days when I feel like I want to change my appearance. But at the end of the day, if I love myself and I am feeling like a queen then what is the point of changing? So thank you, Hailee, for helping me realize that.

Moving into my final point as to why this is the best song ever.

Taking it all back to Brad, Hailee sings “Most girls are smart and strong and beautiful, Most girls, work hard, go far, we are unstoppable. Most girls, our fight to make every day...”

Why would we ever NOT want to be like most girls like Brad states at the beginning of the song? Did we forget all of the amazing things that women can do, just because a guy says we are different? Seriously though, Most girls are independent and strong. We are women of power and grace. We can do anything we set our minds too, so why would we not like to be like “Most Girls?”

Personally, I take being like most girls as a compliment now. I want to be smart, strong, beautiful, hard working, successful, and unstoppable, don’t you?