How Menswear For Women Is Shaping The Future Of Fashion
Odyssey
CurrentlySwoonLifestyleHealth & WellnessStudent LifeContent InspirationEntertainmentPolitics and ActivismSportsAdulting
About usAdvertiseTermsPrivacyDMCAContact us
® 2023 ODYSSEY
Welcome back
Sign in to comment to your favorite stories, participate in your community and interact with your friends
or
LOG IN WITH FACEBOOK
No account? Create one
Start writing a post
Lifestyle

How Menswear For Women Is Shaping The Future Of Fashion

"Women In Menswear" trend is further breaking norms and pushing towards a more gender-neutral outlook. 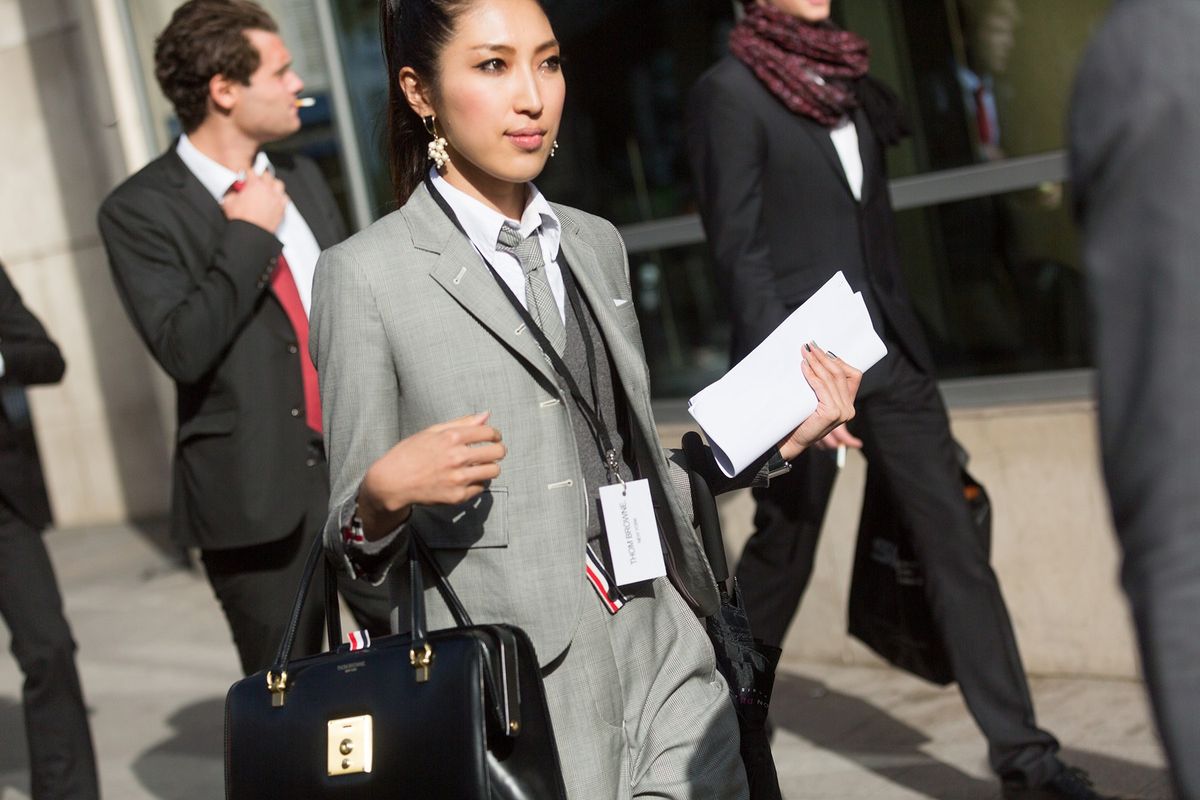 Recently, being an avid shopper, I stumbled across a section of the Urban Outfitters website called "The Menswear Edit." After looking through their lookbook, I was inspired to see how this “Women in Menswear” trend was affecting society.

I feel that this attire presents you as more respectable to your coworkers, and it also shows that just because you’re a girl, it doesn’t mean that you have to wear a skirt. You can wear what men wear to work and make it look just as reputable.

What makes this trend even better is that this idea of “Women in Menswear” doesn’t have to apply to dressing for work. Designers have shaped “menswear for females” to fit to any occasion.

I found an insightful article from the New York Times, "Women Who Prefer Men's Wear," that interviewed two female fashion bloggers who blog about menswear for women and prefer to wear it, too.

They discuss the difficulties and oppositions that they face in their positions, but also mention that more than half of their followers on Instagram are men looking for advice. Ms. Geffard comments that “Women have always been associated with fashion and taste and the fact that we’re women in that space, I think men feel that they can trust us.”

Ms. Cooper thankfully adds that “We’re in an era when men and women wear anything. It doesn’t matter if you’re gay or straight. For us, it’s really about showing young women that they can wear whatever they want.”

For a long time, I honestly had thought that women that didn’t wear dresses to work and opted for a pantsuit looked less feminine and could even come off as gay. I hate how society had conformed my thoughts into that realm, but as I got older I realized that there is just something about wearing a suit that makes you feel like you can accomplish anything, and that every girl should feel empowered to ditch the skirts and dresses if they choose because they have every right to rock a suit that a man does.

While Urban Outfitters may be a controversial company, the pictures below significantly showcase the creativity in design and versatility of the “Women In Menswear” trend.

When it comes to more formal, work-appropriate wear, designers have taken liberties in reshaping what a typical blazer looks like by making it more flow-y and oversized or cinching it in the waste, and for trousers and pants, to change it up, designers have included higher wastes, wider legs, or tapered ankles.

While I talked about ditching the dresses, I do however like how these two dresses below have taken elements of a typical “men’s” shirt and transformed them into something more feminine while still keeping that touch of formal masculinity.

Lastly, on a more casual note, the old, shapeless blazer can easily be turned into a cute and casual addition to an outfit, the material for a button-down shirt can be redesigned into a casual two-piece outfit, and there’s even creativity for what to do with and how to reconfigure the good ole vest.

Fashion is always evolving, and to see a trend that can make females feel more powerful, confident, and equal without being seen as “manly” leads me to believe that we will as a society travel towards a less gender-separated fashion world some day.