Why "The Vagina Monologues" Is So Important

Why "The Vagina Monologues" Is So Important

This play refuses to be whispered. It demands to be shouted. 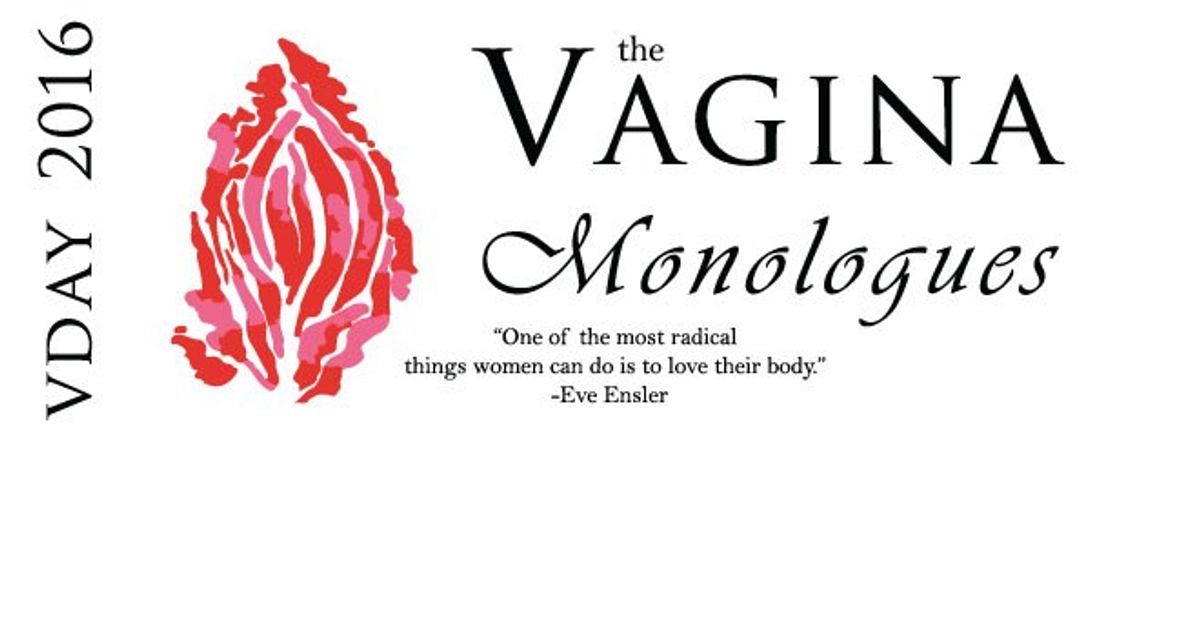 For those who have never heard of "The Vagina Monologues," it is a play consisting of a series of monologues composed from interviews that writer Eve Ensler had with over 200 women of different backgrounds, sexualities, races, and ages. It first premiered in 1996 in New York City. The various monologues focus on topics ranging from childbirth, sex, love, sexual violence, menstruation, sex work, feeling altogether comfortable with one’s body, and, you guessed it, vaginas.

This past Saturday, UNLV had its benefit production of the play. All proceeds from the event went to the UNLV CARE Survivor Fund, an emergency funding source for students who are victims of sexual assault, domestic/dating violence, or stalking to help them get out of the situation and keep them safe.

My first experience with Eve Ensler’s "The Vagina Monologues" was in a women’s literature class during my freshman year of college. It was the first book that we read that I didn’t feel the need to scour the Internet for a SparkNotes or Shmoop for because it was too long, boring, or confusing. This was the first one that I genuinely enjoyed reading for its content, rather than its literary beauty, prose, or elegant syntax. This collection of monologues was something altogether different than what we had been reading. It was immediately relatable and that’s part of its magic.

It’s certainly not perfect. The criticisms of the play are endless and everyone has their own opinion about them. One of the most common criticisms is the lack of trans women’s experiences. However, UNLV’s production did include a trans woman’s monologue. There are many other critiques of the play that range from focusing too much on sexual violence to negative portrayals of heterosexual relationships. Whether you agree with the critiques or not, there are still several valid reasons why "The Vagina Monologues" is so important.

It normalizes the word "vagina."

The very first monologue in the book version is devoted to the names that people call their vaginas, including everything from “powderbox” and “peepe” to “coochi snorcher” and “mongo.” People often go out of their way not to use the word "vagina" and if they have to say it, they whisper it. The thing that people, myself included, forget, is that whispering it makes it seem bad and wrong and that can have lasting effects on a woman's self-esteem and body image.

Boys and men draw penises on notebooks, each other’s arms, and just about anything else, but women and girls are sometimes taught to not even say the word "vagina," much less draw it. Refusing to say it or call it something else creates a Voldemort effect and makes it seem scary and dangerous, but it’s just a word. My little sister’s friend was sent to the principle’s office in elementary school for just saying the word vagina. She wasn't being derogatory or even calling someone a vagina, she just said the word. This play refuses to be whispered. It demands to be shouted.

There are a few different monologues like, “The Vagina Workshop,” “Because He Liked To Look At It,” and “The Little Coochie Snorcher That Could,” amongst others, that have an underlying theme about body positivity. In a society that tells women to not be too sexual, too confident, or too much of anything, many of these monologues tell the stories of women embracing their vaginas and, subsequently, themselves.

It’s not an easy process. It takes some time to undo the internalized oppression that make-up, clothing, and waxing advertisements have etched into our brains since we were too small to understand what they meant. This play proves that it’s possible to undo the damage and love yourself.

It brings attention to V-DAY.

On Valentine’s Day in 1998, Eve Ensler, with the help of a group of women, created the first V-DAY. V-DAY is a global activist movement to end violence against women and girls. The current statistic is that one in every three women in the world will be physically or sexually abused in her lifetime, so it is imperative to bring attention to organizations like this one.

It shows young girls and grown women that they’re not alone.

So many topics regarding vaginas are considered taboo and girls grow up not only with skewed ideas about their sexualities, but, because no one is talking about it, they also grow up with the isolating idea that they’re the only ones going through this. There’s one monologue called, “I Was Twelve. My Mother Slapped Me,” consisting of the stories of different women getting their periods for the first time. It’s such an overwhelming experience that young girls go through, but no one talks about it.

Men, and often women too, will cringe or become uncomfortable at the mere mention of the words "period," "tampons," or "cramps." Young girls grow up hiding it, whispering about it, or pretending like it’s not happening, but it is. Maybe it’s a decade or even several decades too late for the women watching or reading, but the other women’s stories still make them feel a little less alone in this ongoing and overwhelming experience that is being a woman.

Eve Ensler managed to create a free and safe space where women can share their life experiences with others. It’s a sounding board, therapy session, open forum, and empowering rally all in one. Reading this play for the first time allowed me feel less like I was the only one with certain characteristics or worries. I felt more united, like I was a part of something bigger than just me. I was a part of a sisterhood.