Many of us remember both the clear and solid cartridges, but what was the difference? 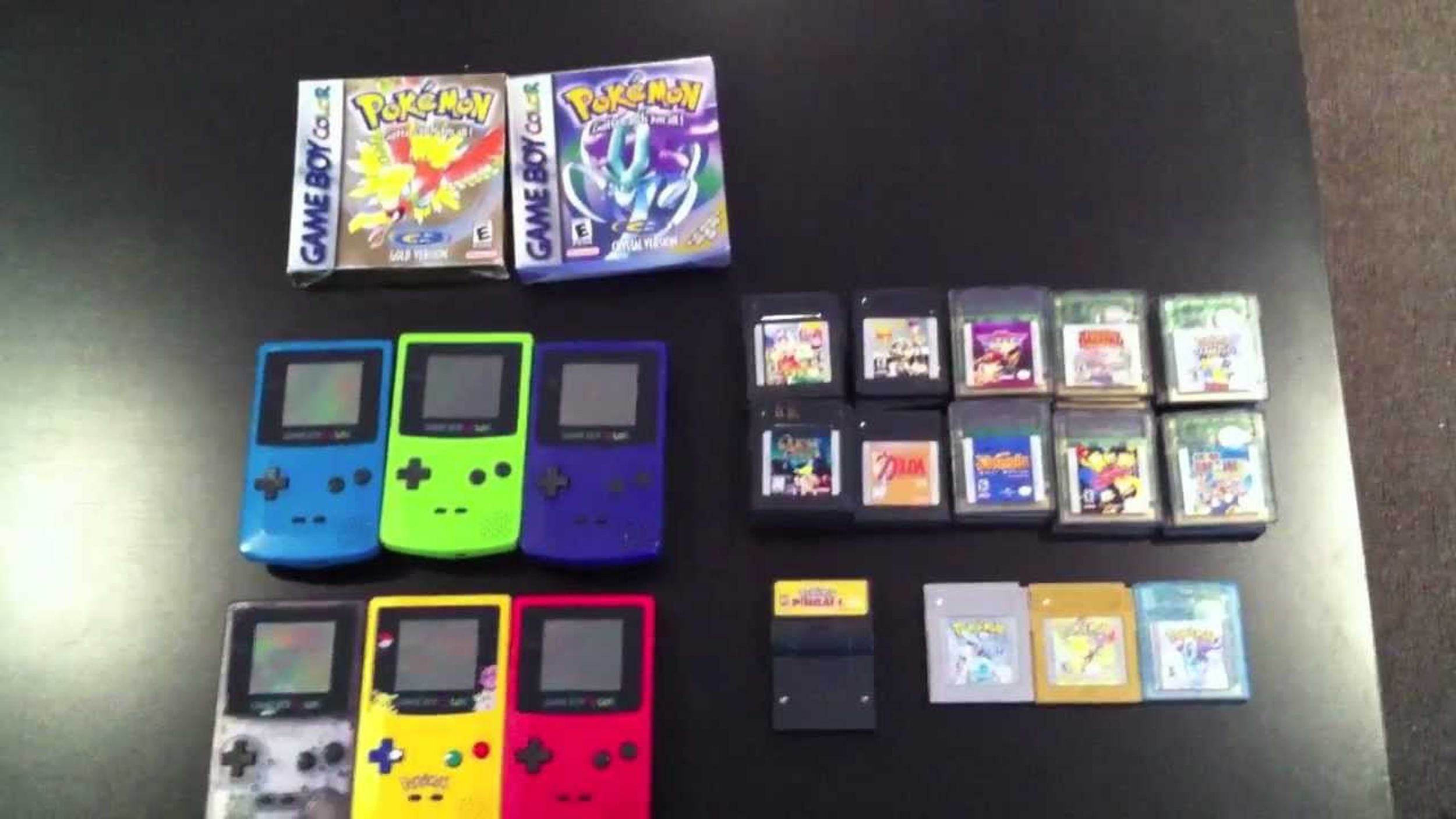 In 1998 Nintendo released its official follow-up to the wildly successful Gameboy from 1989, the Gameboy Color. While the Gameboy and its slimmed down, gussied up refinement the Gameboy Pocket enjoyed mass appeal and huge sales, the black and white handheld was becoming rapidly more and more outdated with every passing year. As Nintendo toyed with the idea of a portable Super Nintendo, something that would later be realized with the Gameboy Advance and Gameboy Advance SP in the 2000s, they knew that they had to develop and release something new in order to keep the Gameboy line alive.

Enter the Gameboy Color. A full-color screen, a processor with a clock speed that doubled that of its predecessor and about three times as much RAM as the Gameboy. The Color allowed not only a greater visual palette in terms of the colors available to developers, but also gave way to better animations (thankfully fixing the original’s issues with ghosting images during object movement) and more complex pixel art. It also had one essential feature that would define the Gameboy family up until its final system in the form of the Gameboy Micro; backwards compatibility.

All game cartridges released from 1989 to 1998 for the original, black and white Gameboy would work when slotted into the Color. Not only that but the better screen and power under the hood actually helped to clean up visuals that may have looked muddy on the antiquated display of the original. This helped to give the Gameboy Color a wide breadth of available content out the gate, alongside its three launch titles, “Wario Land II,” “Pocket Bomberman,” and “Tetris DX.”

Many games (especially later ones) released for the Gameboy Color differentiated themselves visually from the older cartridges through a clear plastic design that allowed a glimpse at the actual board itself, and a curving bubble of sorts at the top. Original Gameboy cartridges were rectangular, with a small notch taken out of the upper right-hand corner to allow for the power switch to be moved into the on position (an attempt to combat bootleg games), and were a solid gray color. The gray cartridges were compatible with the Color, but obviously still displayed in their original black and white. The clear cartridges of the Color worked specifically on the Color, taking full advantage of the system’s increased power and color palette.

There was, however, the second kind of Gameboy Color cartridge. One that kept the shape and solid plastic design of the original Gameboy, but came in Gameboy Color boxes, played in full color on the new system and opted (usually) for black plastic as opposed to the gray. This was the cartridge style of the three launch titles such as “Tetris DX.” For the kids that grew up with the 1989 original this difference might have been more obvious, but for those who started with the Color like myself, the real reasoning for this difference was often lost. As a child, I, and many of my friends simply didn’t think much about the difference in cartridge designs or just chalked it up to cosmetics. To us, it was probably just some aesthetic choice made by the developers (or “the people who made this game” to more accurately represent how we described game companies as kids).

The black cartridges (sometimes gold or silver) actually had a special design quirk in terms of their compatibility. While the gray cartridges that were the main format of the original Gameboy were backward compatible with the Color, the black cartridges were actually retroactively compatible with the Gameboy and Gameboy Pocket. When slotted normally into the GBC these games displayed their full-color palettes, as expected, but when slotted into a 1989-1997 GB system they actually worked and reverted to a black and white color scheme. For those that grew up with the Gameboy first this might have been an interesting little detail found alongside their new system, but to myself and several of my friends who never actually had the first Gameboy and, therefore, could not stumble upon this feature naturally, it was a bizarre revelation.

I actually discovered this when I recently began collecting various Gameboy models. I sat there and puzzled over the reasons for the various cartridge designs before noticing how the power switch fit into the notch on the old cartridges (my brother and I had often wondered about that weird little cut out of the plastic when we were younger). Feeling a bit experimental I took my newly unboxed Gameboy and slid in my copy of “Pokemon Gold,” a Gameboy Color game from 2000, over a decade after the first system’s initial release. “Gold” was a game I adored as a child and had only ever experienced in its full-color version on the GBC, so, when the familiar music began playing and the start-up screen booted up in black and white I was more than a little taken aback.

At first, I felt like an idiot for never having realized or come across this little “fun fact” feature, but after several excited texts and calls to my friends, I found that I was far from alone in my ignorance. It was new information to each of them. Thinking back on it now it should have been fairly obvious. GBC games like “Link’s Awakening DX” and “Tetris DX” were just colored, enhanced versions of black and white Gameboy games re-released on the Color, retaining the shape and basic look of their older cartridges. The games that were released for the GBC in the clear plastic shells, without the power switch notch, likely took full advantage of the Color’s increased technical specs and graphical prowess, barring them from being able to run on that first system even in black and white. This allowed games like the aforementioned “Pokemon Gold” to not only run on their associated system and be backwards compatible on future handhelds in the Gameboy family such as the Advance and Advance SP but also allowed them to be played on the previously released hardware like the Gameboy, Gameboy Pocket, and Gameboy Light. This meant that those cartridges could be played on every single Gameboy ever released (with the exception of the niche product the Micro) from 1989 all the way up to 2003.