Why Studying In The Library Is Better
Odyssey
CurrentlySwoonLifestyleHealth & WellnessStudent LifeContent InspirationEntertainmentPolitics and ActivismSportsAdulting
About usAdvertiseTermsPrivacyDMCAContact us
® 2023 ODYSSEY
Welcome back
Sign in to comment to your favorite stories, participate in your community and interact with your friends
or
LOG IN WITH FACEBOOK
No account? Create one
Start writing a post
Entertainment

Why Studying In The Library Is Better

We need to extend our library's hours of operation to facilitate our studying. 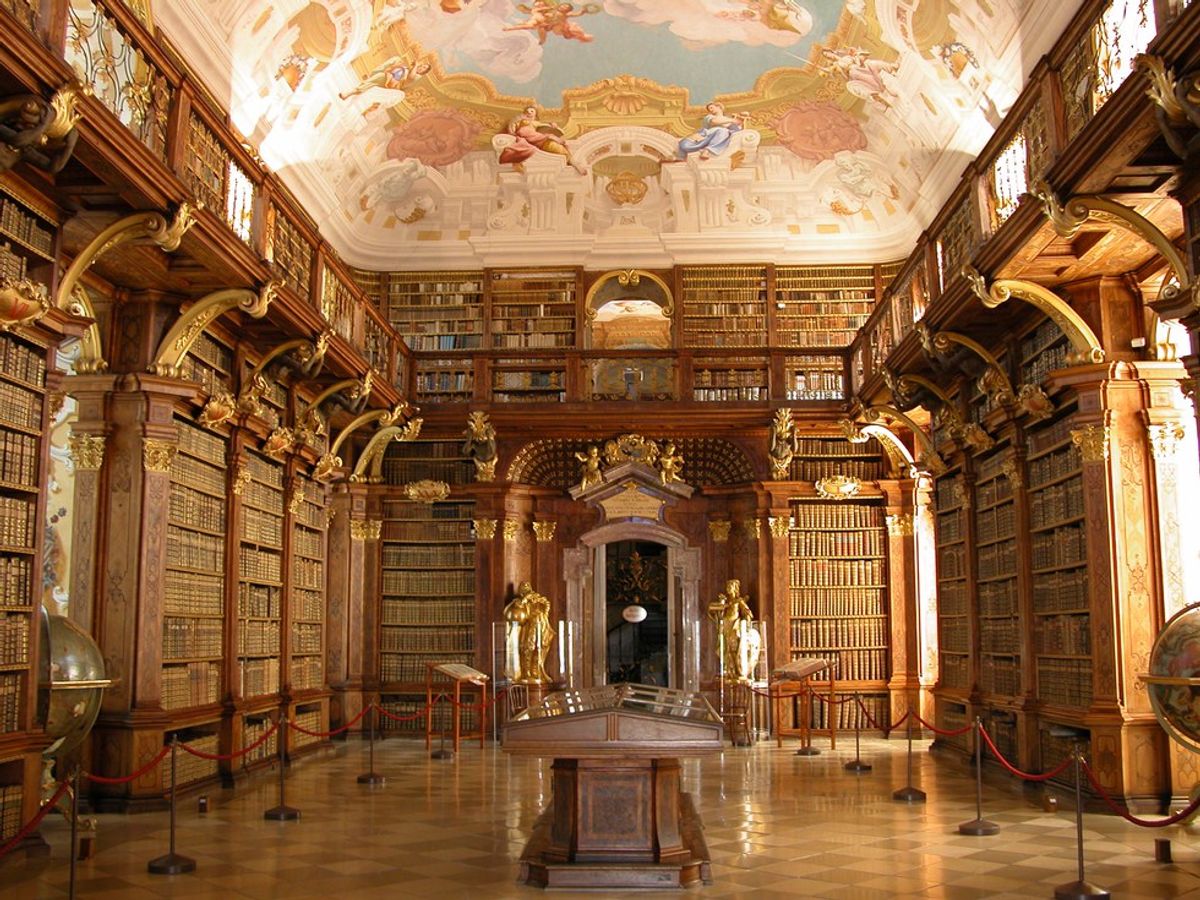 During the first two weeks of the semester, my laptop was unable to connect to the residence hall’s WiFi. This forced me to hand in my laptop to the university’s IT services, and as a result, I spent every day of the next two weeks living in the library so that I could work on a computer. It was frustrating, to say the least. However, after I got my laptop back and started studying in the dorms, distractions abounded. I could go surf Facebook with no one around to judge. My friends were making spaghetti in the residence hall kitchens. The upstairs neighbors invited an entire Irish step dancing team into their room again. Needless to say, I ended up returning to the library. It was just so much easier to be productive in an environment that fostered industriousness.

One drawback of studying in the library that I found, however, was how early it closed. Although some days it would stay open until 3:30 a.m., other days it would close as early as 6 p.m. I argue that there are immense benefits of keeping the library open longer. Although it would require the university to expend additional resources to do so, cultivating an environment that values intellectual and academic pursuit should be any school’s top priority. And we can work to achieve this by having a library that encourages students to make use of its extended hours and go study.

It is so much easier to focus in the library as opposed to the residence hall, for one. In the dorms, there are people who play guitar in the atrium and upstairs neighbors who sumo wrestle and friends who watch Netflix right next to you. Sometimes you decide to grab a snack and end up consuming food for the next hour. The worst is when you’re studying in your room, and your bed is right there (it’s even worse when you study on your bed). So cozy and inviting. Especially when your roommate has turned off the lights to go to sleep, and your lamp is casting a nice dim light.

On the other hand, at the library, you can study on the “quiet” floors when you need to focus and really cram for that exam. Rather than loud hallmates or talkative friends, you’ll be surrounded by students who are also hard at work with their academics, motivating you to keep at it for a while longer. You’ll also be less likely to take “10-minute” breaks and go surf YouTube. And unlike your room, the light will be bright and glaring inside the library, keeping you from nodding off. It’ll probably be less comfortable (and thus less sleep-inducing) than studying in your dorm too.

When your computer is malfunctioning, you can rest easy knowing that you can just finish your homework on a library computer. I wished that the library stayed open later than 3:30 a.m. many times during my first two weeks of the semester, as I had to return to the dorm and do as much homework as I could using my smartphone. Other benefits of studying in libraries are the rooms for study groups, which inhibit distraction, and also being able to use the reference materials in the library at any time of night. And if I haven’t mentioned this already, there is no epic Jedi battle underway on the floor above.

This university’s library tends to close earlier on the weekends, which is exactly when it’d be useful for some students to be able to stay later at the library. This is due to the fact that other students are enjoying their Friday and Saturday, which doesn’t make for a conducive environment in terms of studying. I know it’s possible that not many students are going to make use of the extended hours at first, and thus it may appear that the costs might outweigh the benefits. However, shouldn’t a university encourage academic dedication in as many ways as possible?

QueenRadhi
The State University of New York at Stony Brook
3643