The themes and messages of "Princess Mononoke" are far from fiction — they're as real as it gets. 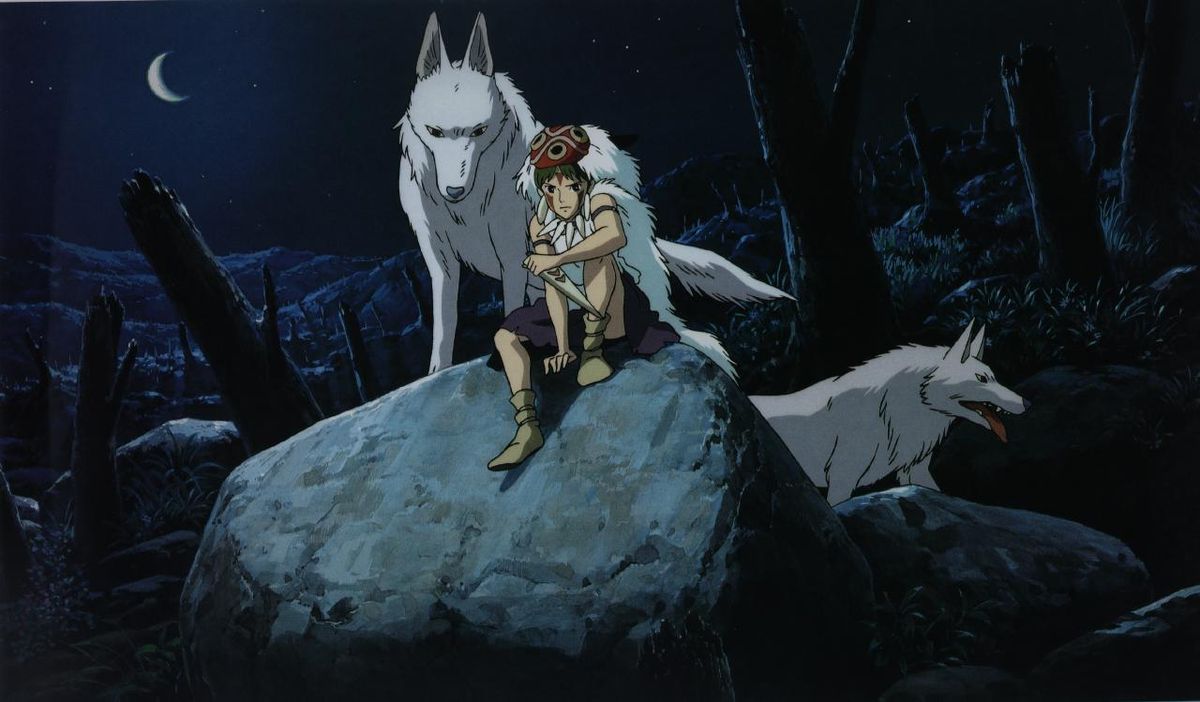 With 21 feature-length films under its belt, the Japanese animation studio, Studio Ghibli, has left behind an unforgettable dynasty of unique and beautiful films. Among their jewels is the film "Princess Mononoke," a story about a cursed prince who, in his attempt to search for a way to lift the curse that threatens his life, finds himself in the middle of a bitter war between man and beast. As the fifth highest-ranking Studio Ghibli film and the recipient of the 21st Japan Academy Award for Best Picture in 1988, here are a few reasons as to why these prestigious accolades are rightfully earned and deserved.

With genius framing and composition and a majestic accompaniment from composer Joe Hisaishi, many scenes from "Princess Mononoke" are absolutely breathtaking. From beautiful landscapes to bustling villages to fiery battlefields, every scene is sure to strike wonder in the viewers' eyes and hearts. Like this frame taken from a scene where protagonist Ashitaka rides to the West in search of a way to lift his curse, director Hayao Miyazaki and cinematographer Atsushi Okui work together to create an electrifying experience like none other.


2. The line between good and evil is obscure, just how it often is in reality.

One aspect that sets this film apart from countless others is its unapologetic depiction of morality. While the two main factions fight for what they believe is right, and the viewer is shown what they fight for is morally agreeable, the things they are willing to do in order to achieve their goals is what makes the medieval Japanese landscape a land of moral gray. There are no real villains in "Princess Mononoke," only characters who are motivated into action by primordial wants and needs, which unfortunately leads them to conflict with others.

Princess Mononoke has a running time of 133 minutes, which is 30 or so minutes longer than the 90-minute average for films. However, this isn't an issue at all since the pacing of the film keeps you engaged with its story and characters at all times. Within the first six minutes of the film, the inciting incident and key incident happen — a vengeful demon attacks the protagonist's village and infects him with a curse that will eventually kill him. From there on the rest of the story unfolds as Ashitaka journeys to the West in a search for a cure, thus leading the audience to the meat and resolution of the story. And with a structure with plot points so momentous and easily recognizable, it just makes the story that much more fluid and interesting.

4. Continuing the trend of strong and respectable female leads in Studio Ghibli films, Princess Mononoke takes it up a notch.

In recent years, there has been a call for more "strong female character" representation in media which is very good thing. But instead of just having physically capable characters, the female cast of "Princess Mononoke" is a prime example of the genuine definition of a strong female character. By being complex, multi-dimensional and even flawed (yes, flawed), only then will these characters be appreciated to their fullest, for they are human and not disposable plot devices, crutches or eye-candy for the male gaze. From the enigmatic warrior-princess San, to the ambitious monarch-like Lady Eboshi and the many women of Iron Town — many of whom are lepers and former prostitutes — "Princess Mononoke" boasts a diverse ensemble of women with dazzling different personalities.

Without giving away the ending, a key character openly states that they cannot forgive a faction for something they did. Although it is ultimately understandable why that character felt the way they did, the fact that the line was included and said at the end of the film is significant. Only there does it serve its full potential as a reminder that there are certain things in life that are utterly unforgivable, no matter what. It is a tough but necessary message to swallow, especially because Studio Ghibli is known to create fun and family-friendly films that end very optimistically.

With only one scene done with CGI and the rest drawn by hand, "Princess Mononoke" is a remarkable feat of artistic skill and detail. As it's impossible to take notice of everything with only one viewing, multiple viewings are both expected and encouraged. I myself have seen the film at least 10 times, and with each new viewing, I still discover new things I did not see before.

These are only but a few of the many reasons as to why this Japanese animated film is a cinematic treasure, but I sincerely hope that it is enough to pique your interest into seeing this film or sharing it with your friends and family that have not seen this film yet. The U.S. makes great films, but so does the rest of the world. So why not broaden your horizon with a foreign timeless classic such as "Princess Mononoke"?