Why I Leave My Phone At Home

Why I Leave My Phone At Home 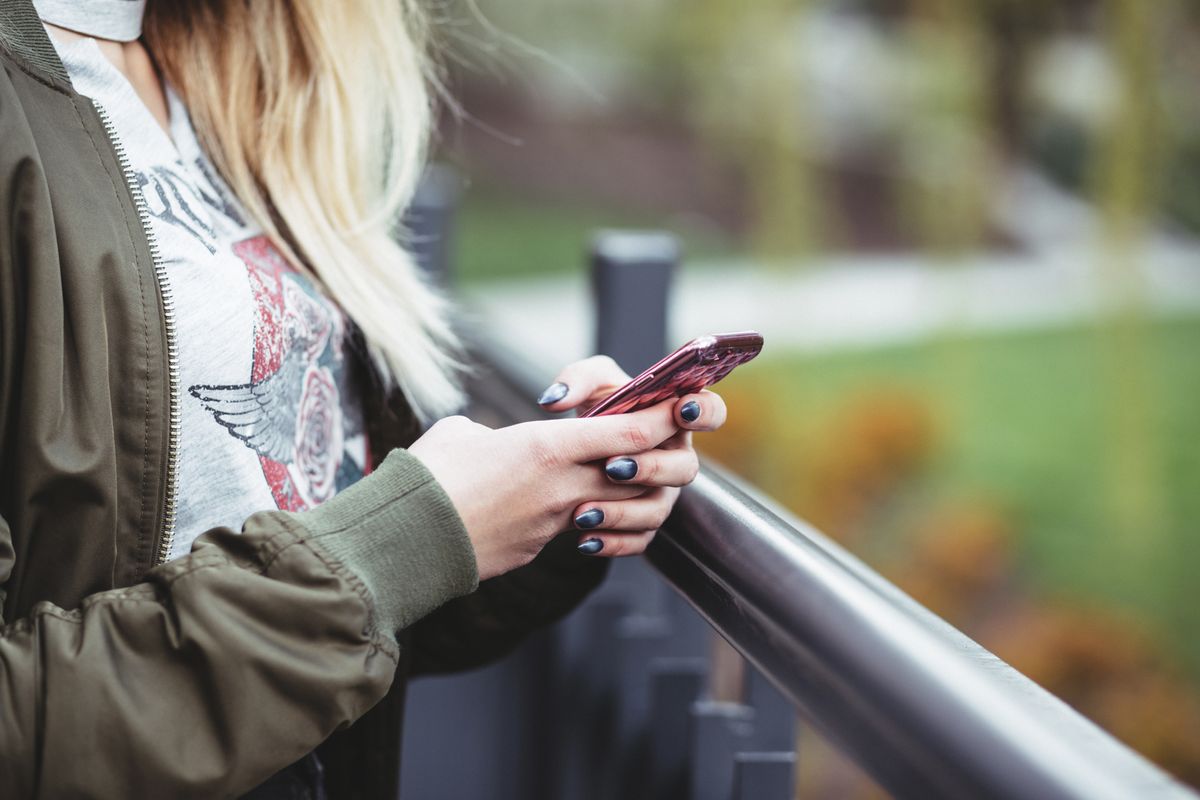 I understand that the following opinions and practices make me an exception within my generation. That does not make me any less willing to share.

I am talking about phone addiction. I don't think I've seen my sisters sans iPhones for the longest time. They're constantly taking pictures of themselves for Snapchat, scrolling mindlessly through Instagram, you name it. But I'm not writing this to pick on them... I do that enough at home. I am writing this because this addiction has become somewhat of an epidemic.

The other day, my family was out to lunch, and at the table next to us, a boy was sitting with giant earphones on, his phone in front of his face, not saying a word to his family. You can see this sort of thing everywhere now. A couple out to dinner, both on their phones. A group a teenage friends at a restaurant, all on their phones. I believe, paradoxically, that this virtual communication boom is actually ruining our natural communication skills.

People my age are scared to speak to someone on the phone. Sure, text and email is faster, but that's not the point. The point is that we don't know how to hold conversations anymore, over the phone or in person. It seems nobody knows what to talk about unless it has to do with the latest social media post.

One night, at an indoor soccer practice over the winter, we were playing with three rotating teams. As soon as my team stepped to the side, every single girl took her phone out and spoke not a single word to one another. Except me. This is where I become the exception. I am here to tell you why you should, too.

I made the conscious decision years ago to delete my Snapchat, the only social media I had except Facebook. I've never had Instagram, I've never had Twitter. I understand the argument for "keeping up with the times," but it turns out I value other things more.

Here is the quintessential example of what I'm talking about: my family went on vacation to Saratoga Springs last weekend. We were leaving the hotel for a day of hiking, boating, and time with extended family. What did I do? I left my iPhone in the safe in the hotel room, and I didn't touch it until the following morning when we had to pack up. My sisters responded to this action with "you're so weird" and "what's wrong with you?"

My reasoning? Anyone who I would need to get in touch with would be with me: my family. I don't really care about what everyone else is doing back in Somers or across the country. I was with the people who mattered most to me, having a good time, and so I didn't need any other connection. I felt I would miss out on greater things with my face in my phone than with my phone back at the hotel. Plain and simple.

I urge everyone to give this a try. Leave your phone at home when you're out to dinner with your parents. If you're out with friends, it's important to be able to reach your family, but keep your phone in your bag until it's time to go. Have a real, face-to-face conversation with somebody. Don't let true connection become a lost art. Don't think that just because it's called "social media" that it makes you social to stare at a screen all day. It doesn't.

Maybe I'm an old soul, a silent rebel against the modern age. I understand that having a phone is a necessity these days, in case of emergency, but our phones should not be a necessity when there's a true conversation to be had. I want people everywhere to pick their heads up, turn off the phone, and understand that life existed for many years, and thrived, without the temptation of the black mirror.