Those with faces full of freckles can't wipe them off like you can after a photo shoot. 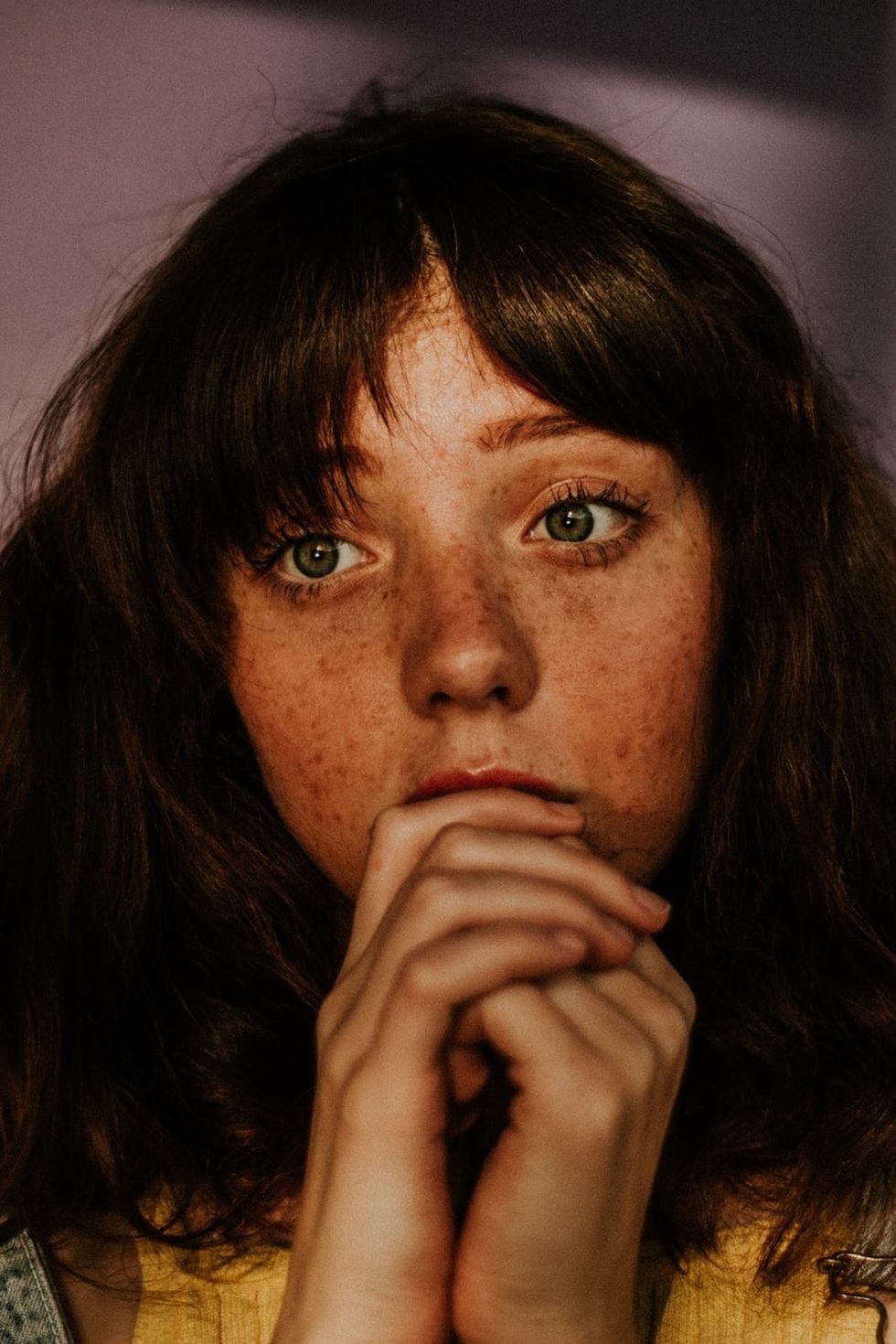 While it is fun to use makeup to express yourself, one can argue unless you are in costume, it should be used to enhance your features, not create new ones. The trend of artificial freckles puts a nasty taste in my mouth reminiscent to the feeling I get when I see a Caucasian woman apply such dark foundation to her face that she appears to be donning blackface.

To someone who has a face full of freckles, it is offensive to see you paint on freckles as if they were not permanent features of other people's skin that they cannot remove with a makeup wipe. I remember asking my cousin at 5 years old if I could surgically remove my freckles and crying when she broke to me that I'd be stuck with what she called giraffe spots my whole life.

I'm not alone in feeling self-conscious about my freckles. The face is the fulcrum of the identity, and it can feel like my facial identity is like a haphazard splash of orange/brown debris. Another against the fake freckles movement retorts: "you'll soon regret them when people begin to describe you as a polka-dot-skinned troll or a cinnamon-toast-faced goblin. Also, when your eyebags start to sag in middle-age, that 'cute' skin art will probably deteriorate into something more closely resembling oblong blackheads. Sincerely, A Freckled Person"

One woman recalls her struggle with accepting the patterns of her skin from a very young age:

“When I was a young girl, I remember staring at myself in my bathroom mirror and imagining my face without the scattered brown dots that littered my face and body. I dreamed of having the small imperfections removed from my face and obtaining the smooth porcelain skin that I envied. I looked at my bare-faced friends in awe because they had what I wanted and would never know. For some odd reason, I had made myself believe that my freckles made me ugly."

I've come to appreciate the beauty of these sun kisses, and many nowadays have too. However, freckles haven't always been considered cute. There is a history of contempt toward red reader freckled people, just ask Anne Shirley! The dramatic young heroine laments: "Yes, it's red," she said resignedly. "Now you see why I can't be perfectly happy. Nobody could who had red hair. I don't mind the other things so much — the freckles and the green eyes and my skinniness. I can imagine them away. I can imagine that I have a beautiful rose-leaf complexion and lovely starry violet eyes. But I cannot imagine that red hair away. I do my best. I think to myself, "Now my hair is a glorious black, black as the raven's wing." But all the time I know it is just plain red, and it breaks my heart. It will be my lifelong sorrow." (Montgomery).

Historically, freckles on ones face have been seen as dirty or imperfect. It's easy to forget that Irish features such as red hair and freckles have been subject to hateful discrimination for centuries. In some places, the word ginger is even used as a slur.

I am not a red-headed stepchild for you to beat — or for you to appropriate.

My facial texture is not a toy for you to play with.

It is rude and inconsiderate to pock your face for a selfie while those with randomly splashed spots get someone once a week trying to rub off the "dirt speck" on their face.

“Skin tone is another one of those well-studied features that has been shown to consistently have an impact on people's assessment of physical beauty: Those with clear, evenly-colored skin are widely regarded as being more attractive than people with patchy, blotchy, or freckled skin.

Nowhere is this more obvious than when looking at professional photos of redheaded models and celebrities. Even those "hot redheads" that flaunt the redness of their hair usually are made-up on magazine covers to have almost unnaturally even skin tones. Moreover, there is a reasonable theory to explain why the bias against freckles might be more than just a cultural prejudice. Not to be too blunt about it, but freckles are cancer factories."

By that, the author means freckles can be early indicators of sun damage or skin cancer. This illusion that freckles indicate deficiency may also play in negative connotations toward a person with freckles

While I acknowledge the intention of people with clear skin who paint freckles on their face isn't to offend — rather it is to appreciate freckles as a beauty statement — the effect is still offensive. If you are thinking about trying this freckle fad, you should put down your fine tipped brush and consider what it would be like if you couldn't wipe away the spots.

hair skin nails
Report this Content
This article has not been reviewed by Odyssey HQ and solely reflects the ideas and opinions of the creator.