Why Are Late Night Conversations More Intimate?
Odyssey
CurrentlySwoonLifestyleHealth & WellnessStudent LifeContent InspirationEntertainmentPolitics and ActivismSportsAdulting
About usAdvertiseTermsPrivacyDMCAContact us
® 2023 ODYSSEY
Welcome back
Sign in to comment to your favorite stories, participate in your community and interact with your friends
or
LOG IN WITH FACEBOOK
No account? Create one
Start writing a post
Entertainment

Why do late night conversations seem to usually take a deeper, more relational turn than the conversations that we have during the day? 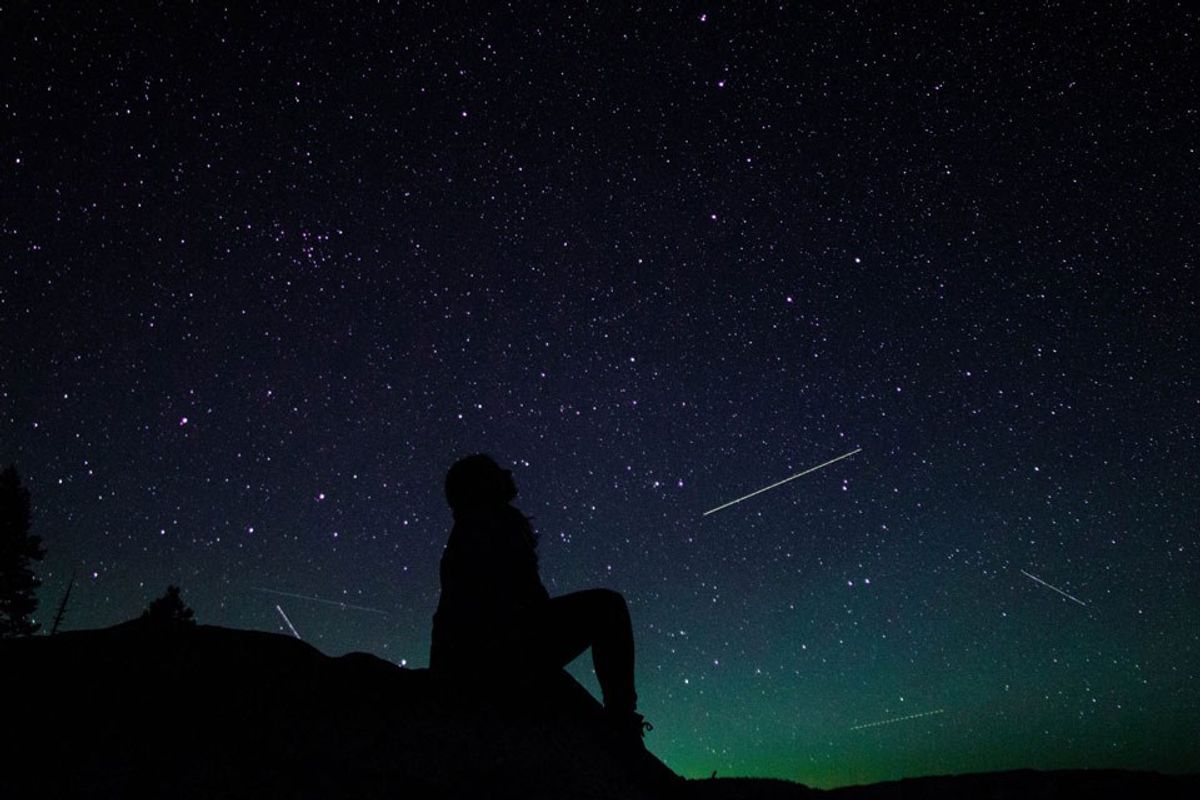 Late night conversations seem to have become something of a novelty lately. And for good cause, too. Late night conversations always seem to hold more weight and teach you more about a person than you knew before. They seem to reach a deeper more truthful form of honesty than talking to someone during the day. They seem to have the power to turn a horrible day into a spectacular one, change my point of view on subjects that just that morning I viewed as unchangeable, and leave me wanting more.

After thinking for a while I settled on a couple of different possible answers. First, at night we tend to only be with people that we really care about. Typically, we view the night as "our" time. It's the time we don't have to share with anyone else. The time where we can lay in bed and have a Grey's Anatomy marathon while eating a piece of cake and not worry about whether we have frosting on our forehead. Or the time where we can paint a picture while having a simultaneous dance party and being okay with the painting looking like a four year old painted it. So, when we let someone else into the time we typically set aside for ourselves to recover from the day, it's really us saying, "Hey, you're important in my life and I really want to grow in our relationship," and I think that subconsciously we realize this and it opens up another layer that we usually don't just unlock freely. Second, at night we stop having to think about what's happening around us, if we're being the best version of ourselves, if we are where we're supposed to be at that time, and all the things that we have to keep at the forefront of our minds during the day. But, all the other things that often we push to the back of our mind, get their time in the spotlight and those things more than likely tend to be on the side of the spectrum that we view as deep and intricate and hidden and heavy and perplexing and all the other words that explain what we usually don't broadcast to the world.

So, is it possible to have the same level of a deep relational conversation during the day as ones that we experience at night?

The short answer is, yes, of course we can. These conversations have nothing to do with the time of day but rather the way we approach a topic and who we're with and how safe we feel in a situation. I've found that a great way to start one of these sought after long talks is to get someone one-on-one, who you feel comfortable with and enjoy, in an area that doesn't have a lot of distractions and then just start talking. It might start out as trivial at first but eventually you'll stumble upon some topic that makes you want to talk forever and never want to stop. But sometimes it's great to leave those conversations for when you're wrapped in a blanket and sitting under the stars. Whatever your preference, forming these long-lasting, trusting, beautiful relationships is something that you don't want to miss out on.