Why After Years Of Reluctance, I'm A Belieber Now
Odyssey

Why After Years Of Reluctance, I'm A Belieber Now

After going to the JB concert, I can now call myself more of a fan. 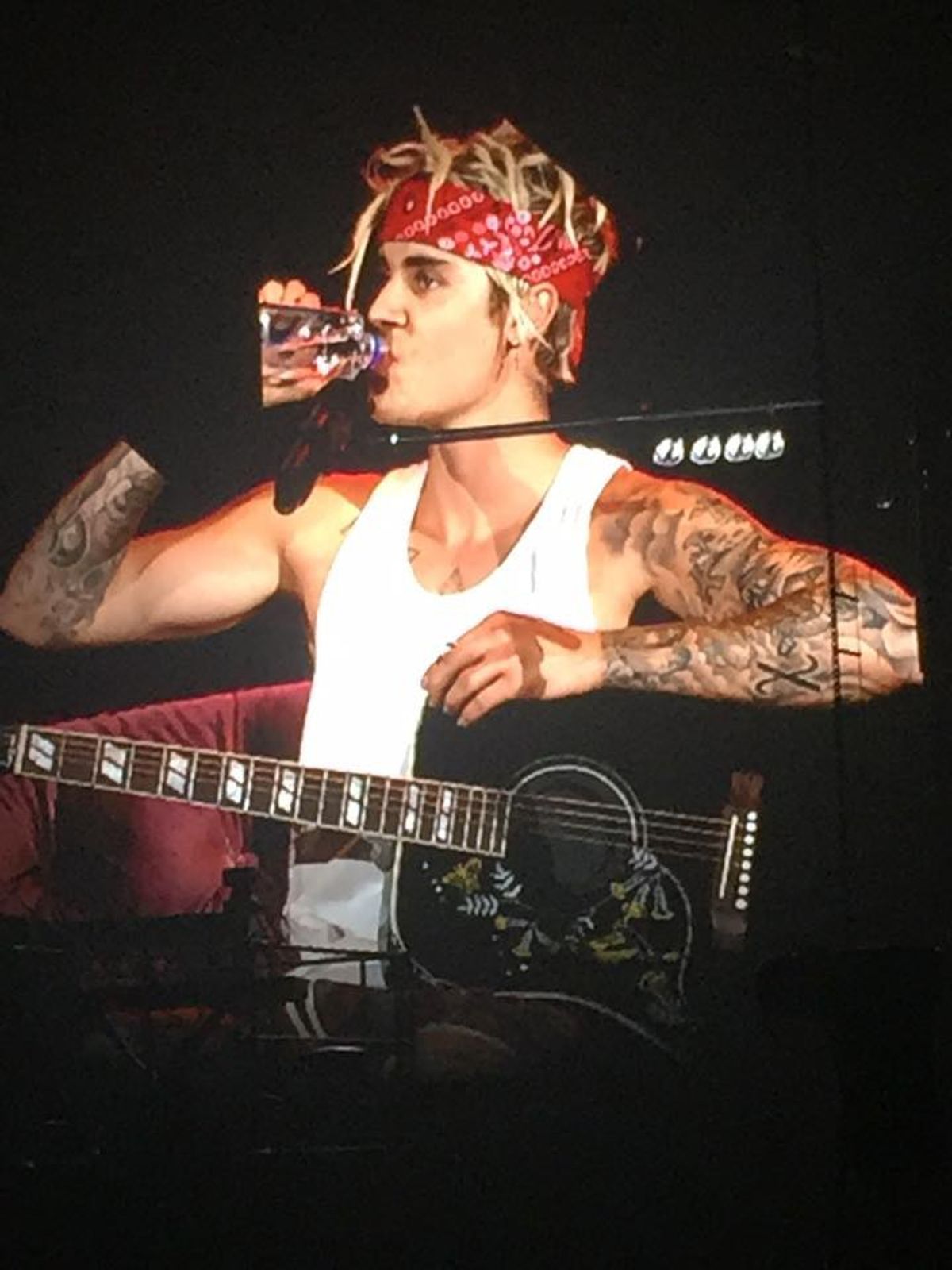 I have never been in love with Justin Bieber. I have always felt that I was stuck in the middle when it came to him; I wasn’t an obsessed fan, but I didn’t hate his music. I liked some of his songs. I knew all the words to the famous “Baby," “As Long As You Love Me,” “One Time,” and “Boyfriend” songs. I saw his movie once (more because a friend wanted to). But this past year when his new album “Purpose” dropped, it seemed people my age started to call themselves Beliebers. Again, I liked some of the songs on the new album — four of them, to be exact — but I still wasn’t in love.

My little in my sorority is in love with the pop star and for my birthday, she got us amazing tickets to see his show in Tulsa, Oklahoma last Thursday night. I was excited. I love my little and I liked Justin’s new album, so as we got ready and listened to his album on repeat, I decided I might be turning into one of these so-called Beliebers.

The audience was full of girls. The age range varied from 10-year-olds to college students. The only boys that were there were the boyfriends of the Beliebers.

His openers were a disappointment. I had no idea who they were and didn’t find them full of talent. He had two: Moxie Raia and Post Malone. The audience didn’t seem to want to engage with the two and no one knew any songs they sang. Everyone wanted and came to see Justin.

Opening with the song “Mark My Words,” Justin was floating above the stage in a clear box writing words with a marker on the walls such as “love,” “sorry,” “hope,” et cetera. The young singer had many outfit changes throughout the night and sang all of the hits: “What Do You Mean?”, “Sorry,” “Love Yourself,” “Purpose,” “Life is Worth Living,” and even sang the old hits “Boyfriend,” “Baby,” and “As Long As You Love Me.”

During the concert, Bieber performed a drum solo and danced to the best of his ability — it was impressive. What was not impressive, however, was the fact that it seemed he was lip syncing half of the songs. He would voice over a recording and only sang the acoustic songs without the recording behind him (“Love Yourself,” a rendition of “Home to Mama” and a new song “Insecurities”). While I understand he is putting on a show and trying to exhibit his many talents (singing, dancing, playing instruments), the audience came to hear his voice live. Bieber has reached the point where it doesn’t matter if he has talent or not, people will buy tickets and sell out his shows just to watch him take his shirt off — I found this sad.

Bieber ended the concert with “Sorry,” during which he and his back up dancers were showered with artificial rain.

So am I a Belieber now? I may not be in love with some of the things I read about Bieber’s behavior and actions, but he puts on a good show and has a great album. I highly recommend seeing him live, because although there are some disappointments, the 22-year-old singer can certainly put on a show.