Where The F*ck Did Monday Go? Bidding Bowie Goodbye
Odyssey

Where The F*ck Did Monday Go? Bidding Bowie Goodbye 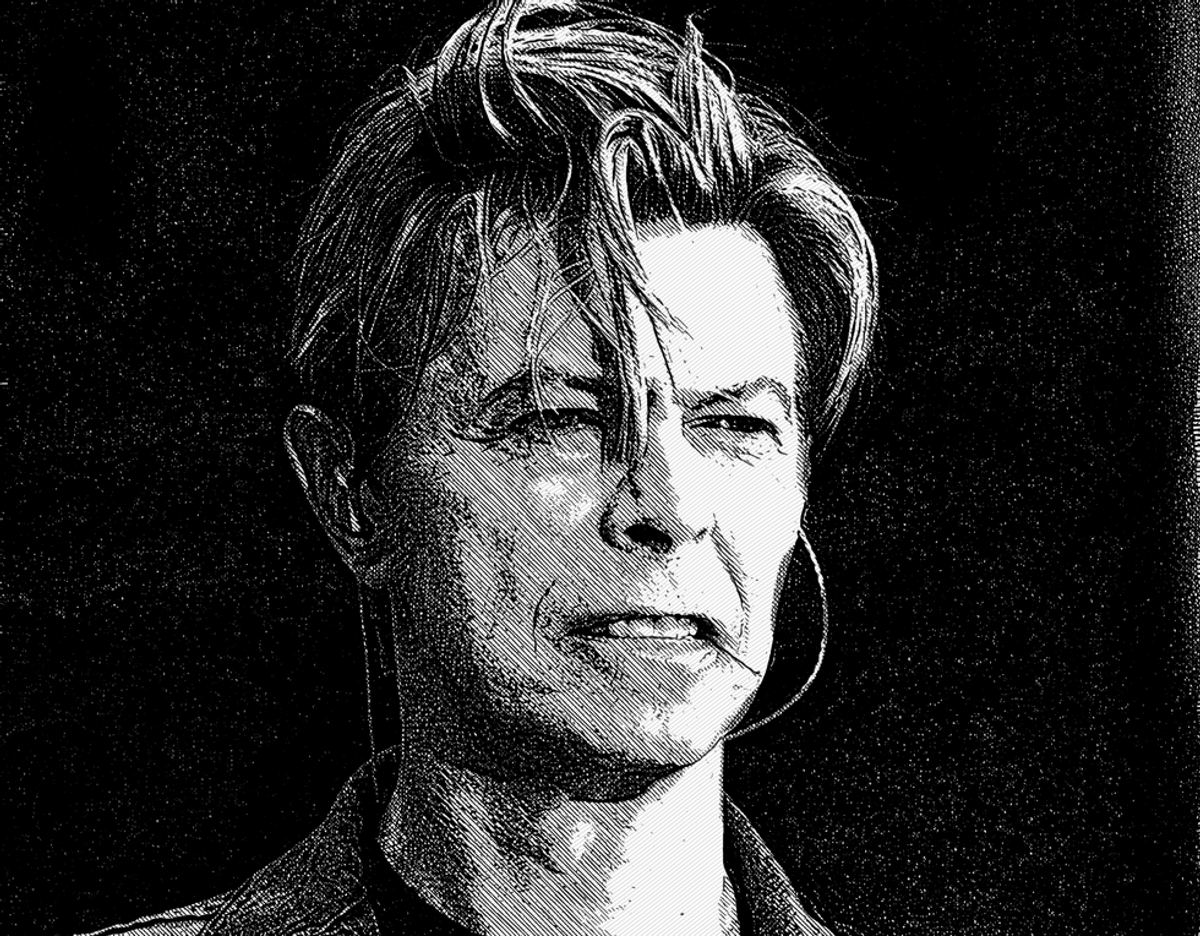 "Bowie’s music offers as an outstretched hand and leads us to the darkest places, the loneliest place but also the most tender places. The places where we need love and where desire is deeply felt."- Simon Critchley

"David Bowie's dead. So where are we now?" asks Simon Critchley, writer of "Bowie" and the mediator of The New School's David Bowie Tribute held on February the 12th. The event featured special guests Tim Marshall from the New School's provost, psychoanalyst and New School professor Jamieson Webster and a performance by singer Raquel Cion. An intimate evening of stories, unearthed emotions, wallowing, and Bowie, fans and admirers of all ages remembered the late artist who had passed away from cancer more than a month ago.

But death, as Critchley put it, was made into an art form -- death was made into an art, an art into death. "Despite its massive and obvious sadness," he says, "Bowie’s was the best of deaths. If there was ever a good death of a major cultural figure, a dignified death, then this is it. If death can be a work of art, a statement completely consistent with the artist's aesthetic then that's what happened on January the 10th, 2016."

Compared to the rest of the attendees, I was an outsider. My knowledge of Bowie did not stretch beyond Major Tom, Ziggy Stardust, "Heroes," and his marriage to fashion legend Iman Abdulmajid. Apart from "Heroes" being my wake-up anthem all throughout high school, I had no reason to lament for the time passed and question, as he sings in "Girl Loves Me," "where the fuck did Monday go?" I had no other reason to feel this strongly for the death of a man I never knew. Until I saw the people that did know him.

Four little girls at the event were channeling Bowie, make-up and all, and engaging in the discussion about Bowie's 1986 film "Labyrinth." Tim Marshall admittedly compared iTunes libraries with friends to see who had more Bowie songs.

There was also the middle-aged man behind them weeping while the "Lazarus" video played hauntingly. Then there was the 20-something man close to me that gushed at the mention of certain tracks and said, "That was my song! It got me through everything." In the case of Jamieson Webster's patients, Bowie was either a catalyst in re-discovering past selves or occupied the role of a fantasy father figure. His impact has transcended generations and is immortalized. He left behind technicolor trails of his artistic magic through his fans, and he lives on through their continued love. I couldn't help but envy them.

Through Bowie's characters (Lazarus, Thomas Newton) he addresses the theme of mortality. Of his own mortality, Critchley suggests. As he poignantly put it, "perhaps Bowie's telling us that he also occupies that space between life and death. And his art constantly moves between these two realms, these two worlds, while belonging fully to neither. Maybe that's what he was saying all along, in which case Bowie is dead and not dead. Perhaps he always was."

Afterwards, I watched as people harmoniously head bobbed to Raquel Cion's version of "Rock n' Roll Suicide" while some picked at the last bit of cheese and crackers. I listened to the sound of the city that Bowie so loved and thought of "Heroes" once again:

"Though nothing, will keep us together. We could steal time, just for one day.
We can be heroes, forever and ever.