Music is the guardian of the heart and the messenger of our feelings. 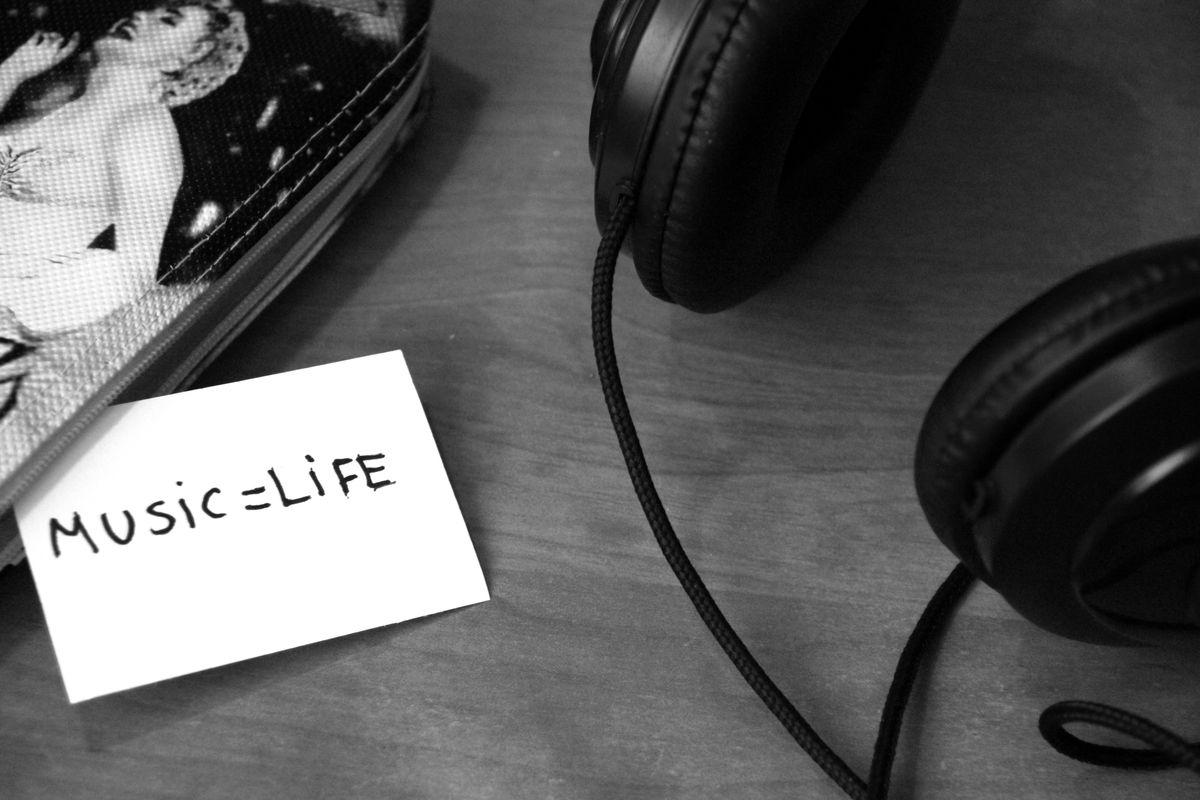 It is impossible to go a day without music. A constant repetition of rhythms and beats that cause someone's foot to tap or head to shake. It's a statement that speaks, "Art is timeless." Music is a safe space to some and an inspiration to others. To me, it's practically most of my life outside of school. Music is a way for some to explain a message that a simple speech could never convey. Without music, life would be expressionless – a blank canvas that wouldn't expect color anytime soon.

At first, it would be noticeable that something's missing, whether it's when a graduation ceremony goes silent after the applause dies down, or when parties only consist of people talking with drinks in hand. Talking only does so much in conveying emotion, even when it successfully asks questions that question the mind itself. Emotion is different from thought in the way that people can never accurately express it. Maybe the words "I love you" contain love in them, but the phrase is used so much that its context loses meaning. A song does not lose meaning because it usually never explicitly states its message, leaving itself up for interpretation. It's almost as if the song itself becomes a topic for thought, a mix of emotion and questioning.

A life without music would first become a life without emotion, where the most a person can convey is through explicitly stating what they feel, and in today's society, we don't like to say what we feel. We go to music to help us through what we don't understand because music does. It's the guardian of the heart and the messenger of our feelings.

Time would pass, but art would only attract those interested in painting, drawing and anything appealing to the eye. The ears would lose attention, only listening to what people have to say, not what they mean. The eyes would ask for more attention, aiming to be appealed as much as they possibly can. When all one person hears is talking, he looks upon visual artwork to satisfy the growing hunger for inspiration and color. The blank canvas of color only becomes a blank canvas of color; it doesn't speak because there is no music. It is only candy for the eyes. Art that does not speak does not have meaning, and it is difficult to have art that speaks. As music continues to disappear in society, the eyes look for more to see. When a sense is no longer used often (the ears in this case), another must take its place and give the mind what is missing.

In the time that passes, people who would look only for music careers (if they were to exist) would look upon jobs that do not interest them and that they do not specialize in to take care of themselves. A whole group of musicians and artists that rely on music would disappear just as music does. The spectrum of entertainment shrinks and the eyes that take the place of the ears become attached to television without music, advertisements without music and words without music and emotional meaning.

In turn, the population is no longer connected. With the passing years without music, the people lose their connectivity. Again, the emotion is gone, and so is the attachment to each other. Friends that could appear because of a similar music taste could never meet each other because they have nothing else in common. Strangers that hear a song when walking on the sidewalk could never enjoy it together because the song does not exist. The human tendency to be social starts to lack a certain element because emotional attachment forms through fewer possibilities. A million scenarios of friendship or love never take place because music does not bring people together.

There is always the idea: "We don't know what we're missing." If music never existed in the first place, we wouldn't know that we're missing it. It's the same idea as saying that society today could be missing something important because it was never created in the first place. This is extremely true, and maybe people would instead bond with each other over something that would've never been thought to bring people together in the first place. There's always a possibility. It's only when that person picks up the two pencils and starts drumming to a beat that we realize we've been missing something all along.