What Working At Dunkin' Donuts Has Taught Me

What Working At Dunkin' Donuts Has Taught Me

Move over Starbucks, Dunkin' Donuts is where it's at. 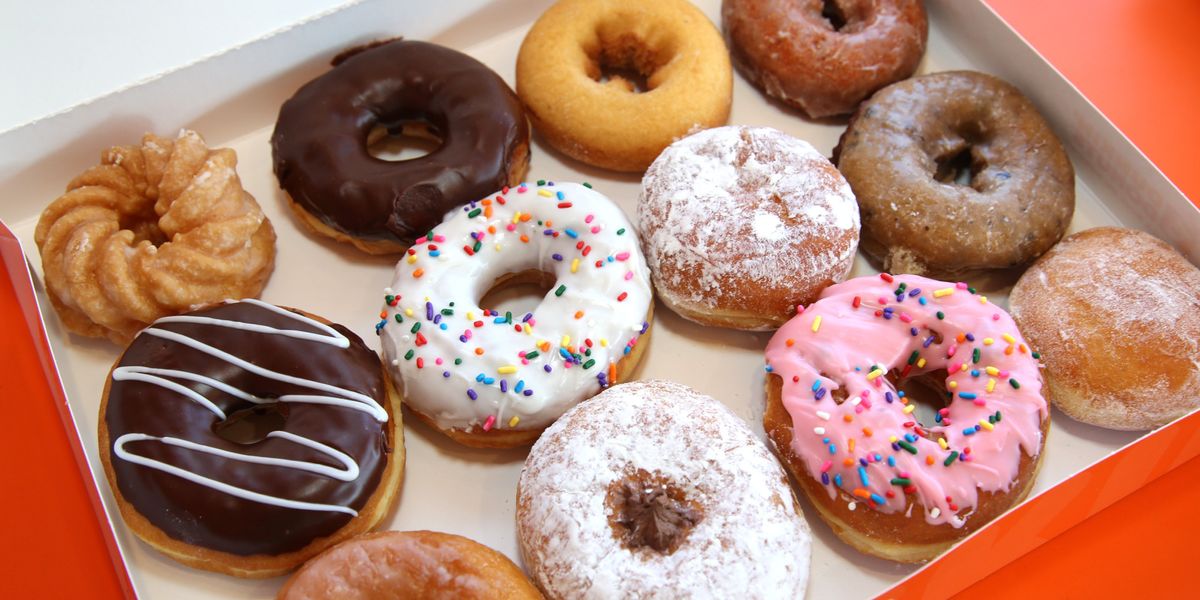 Dunkin Donuts has been an integral part of my identity for the past 4 years. I remember the first time I sipped a delicious cup of iced caramel coffee with my mother and aunt at the tender age of 10, and from there I was hooked. As I became older, I would stop at my local Dunkin' down the street so much that they were probably sick of me, yet always memorized my caramel coffee order to perfection. Never in a million years would I imagine myself behind the counter making other people's orders.

Once I turned 16, my parents forced me to find a job. I guess they were sick of me asking for money every time I went to the mall, or maybe they wanted me to gain some independence and venture out into the real world. After a year of persistent begging and a downward slope in my bank account, I hesitantly applied to Dunkin' Donuts on May 11, 2016. The following day, as I was getting my nails done for prom that upcoming weekend, an unknown number called me.

That unknown number turned out to be my future boss, Kim. Her charm and bubbly personality was captured over a 5 minute short conversation in which she informed me that I had an interview scheduled at 11:00 pm that Saturday. After an interview that literally lasted 3 minutes, I was hired on the spot. I was so excited to have this job, and was ready for the free donuts and any shifts that came my way.

Well, let me tell you one thing about working at Dunkin, especially if its your first real job: it will be hard, and as a beginner coffee crusader you will have struggles. I remember my first day of work like it was yesterday. I must've spilled over a dozen cups of iced coffee, burnt my hand picking up a bag of hash browns (without using gloves!!) and messed up dozens of confusing coffee combinations on the register (it still gives me nightmares). As a new crew member, I was left at the very bottom of the hierarchy with very little help, but that's how life works. The truth is, everyone is a beginner at some point. At one point, I didn't know the names of any of the syrups, or how much cream and sugar is in a medium cup of coffee. I often had to learn the names of donuts all by myself, and had to master what "light and sweet" and "a regular medium" meant in order to avoid angry customers. In retrospect, I'm thankful that my fellow crew members let me struggle, because in the end I became independent and an expert all by myself no matter how many times I questioned my abilities. They have given me the skills to train newer employees, and for that I thank them (even when I was annoying and untrained...you guys rock.)

At first, I dreaded the 5:00 am opening shifts. I was barely awake, cranky, and not in the mood to work for 10 hours straight. I always thought who in the world would want to work weekend mornings in a coffee shop? Of course I would run into rude and impatient customers that demanded their regular coffee on the commute to work, but I've also become familiar with the regular customers that always greet me with a smiling face no matter how early it is. I've become friendly with the yoga mom (large iced green tea with extra lemon) with her crazy collection of leggings, and an older man named Mike (small hot coffee with regular cream and half a sweet in low) who always asked me about school and and college. These are the kinds of people you begin to cherish, and the people who make your job a lot more tolerable. Without friendly customers, I wouldn't have something to look forward to at work (besides the free food, of course)

My crew members, who were once strangers, ended up becoming a second family to me. Each and every member had a special quirk about them, like the guy who called out sick 4 times a week, or the guy that took 45 minute long breaks. My crew members were a second support system. When they laughed I laughed, and when I cried they did the same. We truly had each others back through the good times and bad, the busy shifts and the slow shifts. Without my Dunkin' family, I would've definitely gone insane.

Even though I am no longer a crew member, I will be forever grateful for my time working at Dunkin' Donuts, and I wouldn't trade my time there for the world. It truly is a good way to learn experience and money, and the hard work I put in payed off.

We finally got a more in-depth look into the upcoming Disney+ Marvel series 'WandaVision' during the 2020 Emmy Awards. Elizabeth Olsen and Paul Bettany revive their roles as Wanda Maximoff and Vision from the Marvel Cinematic Universe in this brand new trailer.

If College Majors Were Just Different Types Of Cookies