What should you know about CBD oil?

What should you know about CBD oil? 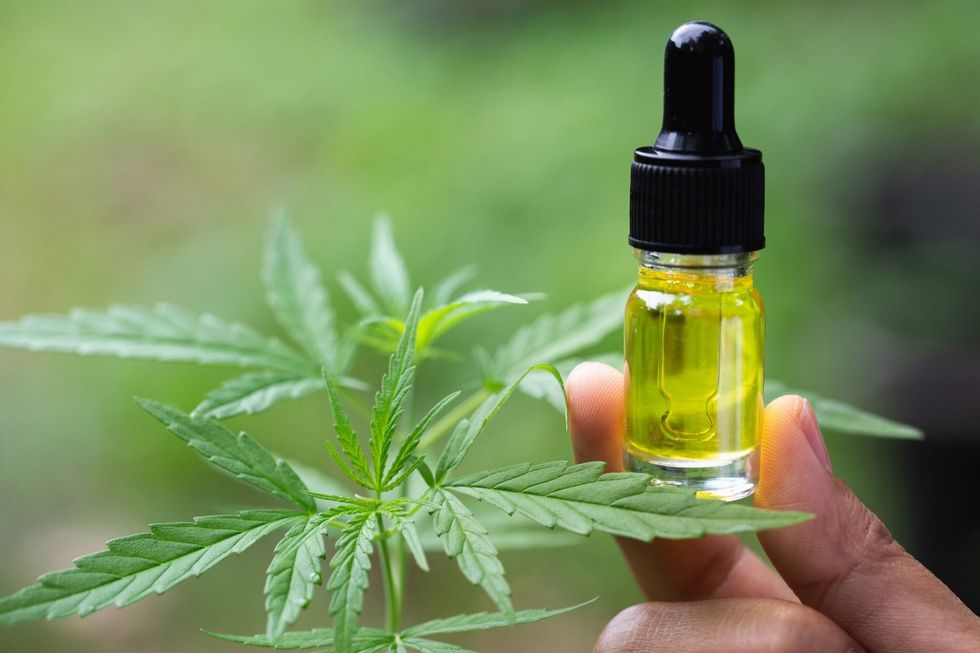 It is often said that the United States sets the tone for Europe in many areas. After a few years or decades, what appears across the Atlantic ends up making its way onto the old continent.

However, it has been a while since different federated states have legalized derivatives of the Cannabis sativa species for therapeutic or even recreational uses.

In the UK, THC remains banned above a concentration of 0.2% (which immediately disqualifies the classic marijuana), but another cannabinoid has recently been cited in the European Union: CBD cannabis.

What is it? Is it a fashion phenomenon, or is its success due to something concrete?

What is CBD oil?

CBD (or cannabidiol), present in cannabis, is one of the active substances belonging to the family of cannabinoids. Its concentration in the Cannabis sativa plant represents 0.1 to 2.9% of the dry matter.

CBD is mainly present in cannabis seeds, which are also weak in THC (tetrahydrocannabinol), the psychoactive substance. It makes it possible to extract the CBD from the seeds but also the fibers of the stems, CBD oil marketed in many countries of the planet because of its different virtues. On the other hand, the flowers are much more loaded with THC.

Cannabidiol has been used, especially in the form of oil, for about two millennia. It is not a psychotropic drug, but rather an ancient remedy used by humanity for medicinal purposes, both for humans and animals. Its qualities as a food supplement are also at the origin of its current popularity.

The benefits of CBD oil

Cattle farmers, in previous centuries, used hemp extensively to care for their animals. Besides, they took advantage of its textile fibers, but also, if necessary, its therapeutic properties - because it is too often forgotten. Still, plants, in general, are at the origin of most of today's medicines.

The CBD oil is generally particularly highlighted for its anti-inflammatory and relaxing. It is also a source of relaxation. And it rings many benefits too, as well as a means of combating anxiety as well as stress.

The power of cannabidiol makes it possible to lengthen the oil, which explains why several concentrations of CBD are proposed in the different products available on the market. These generally range from 5 to 15% approximately.

Specialist and researchers already talk about CBD oil being able to relief epilepsy, dystonia, autistic disorders or even schizophrenia. As such, this list could still be completed at length.

CBD is used in "official" drugs such as "Cannador" (a German-designed medicine and used in particular to treat the symptoms of multiple sclerosis, anorexia, and various cancers), Sativex (distributed in more than seventeen European countries) and Epidiolex (authorized, among others, by the FDA).

Is cannabidiol oil legal in the UK?

In general, many countries are keen to ensure a monopoly or even a ban on products strictly or indirectly linked to alcohol, medication, or what can be smoked. The trend is, however, towards standardization in many areas.

Thus, agronomy enthusiasts remind us that the cultivation of tobacco by individuals for personal use and without profit is legal, by explaining to us even how to do it, step by step.

Cannabis derivatives have often received even worse press, primarily due to THC, the psychoactive principle of cannabis, the consequences of which are regularly pointed out. Its rate must be strictly less than 0.20%. Otherwise, a product will be systematically prohibited on our soil.

The seeds and stems of Cannabis sativa, on the other hand, make it possible to make oils well below this critical threshold. It is on this basis that the CBD trade took root in the UK. Overall, however, the British authorities are quite cautious in this area, for various and varied reasons, but European Community law takes legal precedence over their interpretations. Recent case law abounds in this sense: the decision of the court of Le Havre dated January 8, 2019, or those of the court of Bonneville and the court of Reims. A judgment of the European Court of Justice is however still awaited to unite all the judicial actors on the continent.

JustBob: CBD benchmark in the UK!

As a new market and a growing industry, the cannabidiol segment is still fresh in the UK. However, some players have already stood out, like Justbob.shop, which unquestionably offers the best CBD oil in the UK.

They also set up a very informative website and a delivery system that allows you to buy CBD online and to receive your order within 24 to 48 hours.

The brand's objective is to position itself as the top of the range and to seek for the best quality products. The taste is therefore there, as well as the expected effects: amateurs can only appreciate it.