The Black Achievement Gap: What No One Wants to Talk About
Odyssey

The Black Achievement Gap: What No One Wants to Talk About

The reality of Black enrollment in College 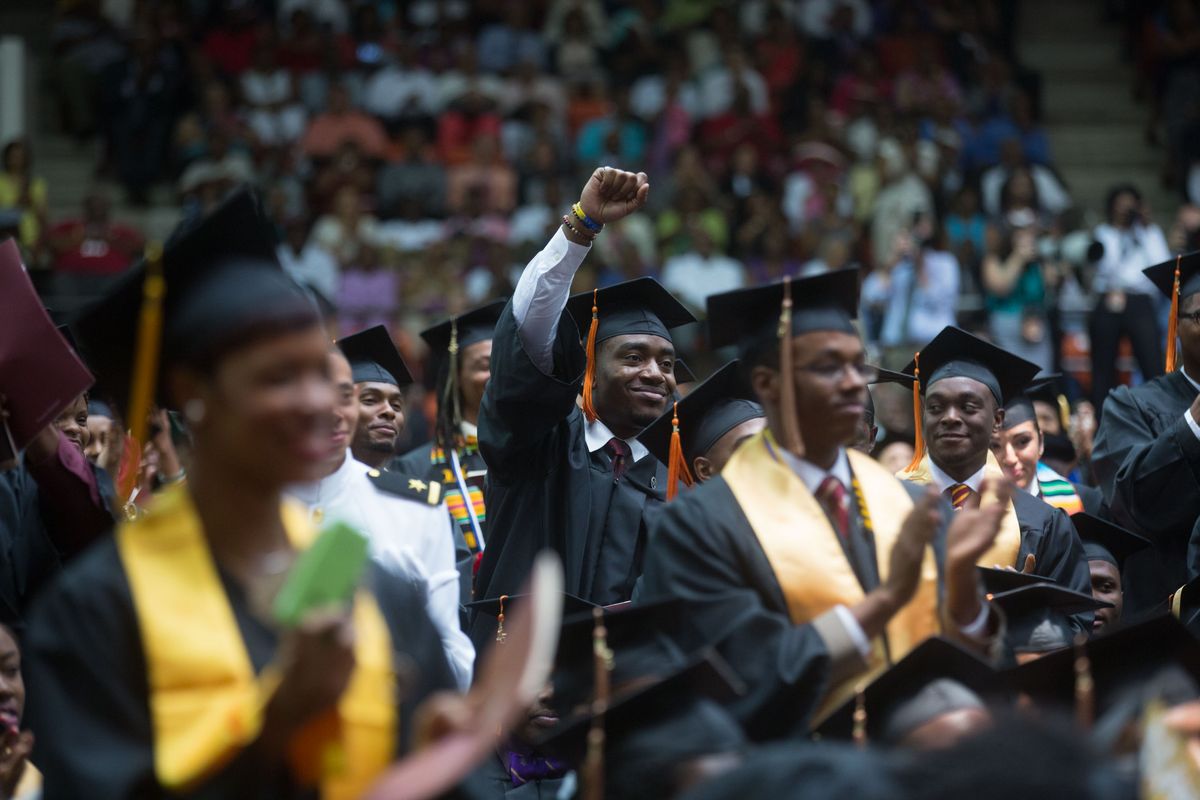 I once tuned in to a debate around whether or not black students in the US should receive reprimands. It was a comment stating that the proposal should be viewed as a solution to the low enrollment rates of black students, that sparked another question in my head. Why exactly are Black enrollment rates in colleges so low?

But again, we must start with the basics.

Throughout the course of slavery, African Americans were oppressed in more ways than not. Particularly when it came to education. Furthermore, during slavery whites feared that if blacks gained more literacy skills, this might prove a threat to the slave system that was already strategically placed in the south.

Consequently, laws were passed forbidding slaves to learn to read or write, in addition to making it a crime to teach them. It was key to black compliance that Blacks remain ignorant, as they were unaware of their capabilities as a resultof their education.

If educated Blacks possessed all the same skills as their slave master, there would be no rationalization for those individuals to remainunder white control. Slave masters feared rebellion as a product of any possible form of education.

Even after slavery ended, Black education was still frowned upon. By 1968, the 14th amendment was made stating all citizens would now have equal protection under the law. Unfortunately, the African American Reality is fully aware that equal does not mean fair.

White parents who did not want their children to attend school with African Americans, school officials allowed Whites to transfer their children to a school more reflective of their expectations, thus creating suburbs and leaving Blacks to their own communities known as "slums".

These slums did not and still do not have equal access to a means of proper education. Statistically speaking, low-income neighborhoods are composed mostly of minorities.

My point in all this is to exemplify that Black students were never given the true opportunity to thrive as we continue to feel the effects of this every day. I believe Black enrollment rates are low in comparison to other races because of our previous property status in America.

So as an African American Student currently putting myself through college, don't tell me how slavery was so long ago and to get over it. Because realistically, if my starting line is a mile behind yours, I have to be twice as good and work twice as hard to catch up, let alone win the race. Food for thought.

Caitlin Marie Grimes
University of South Florida
10616
Beyond The States