What Mommy Taught Me 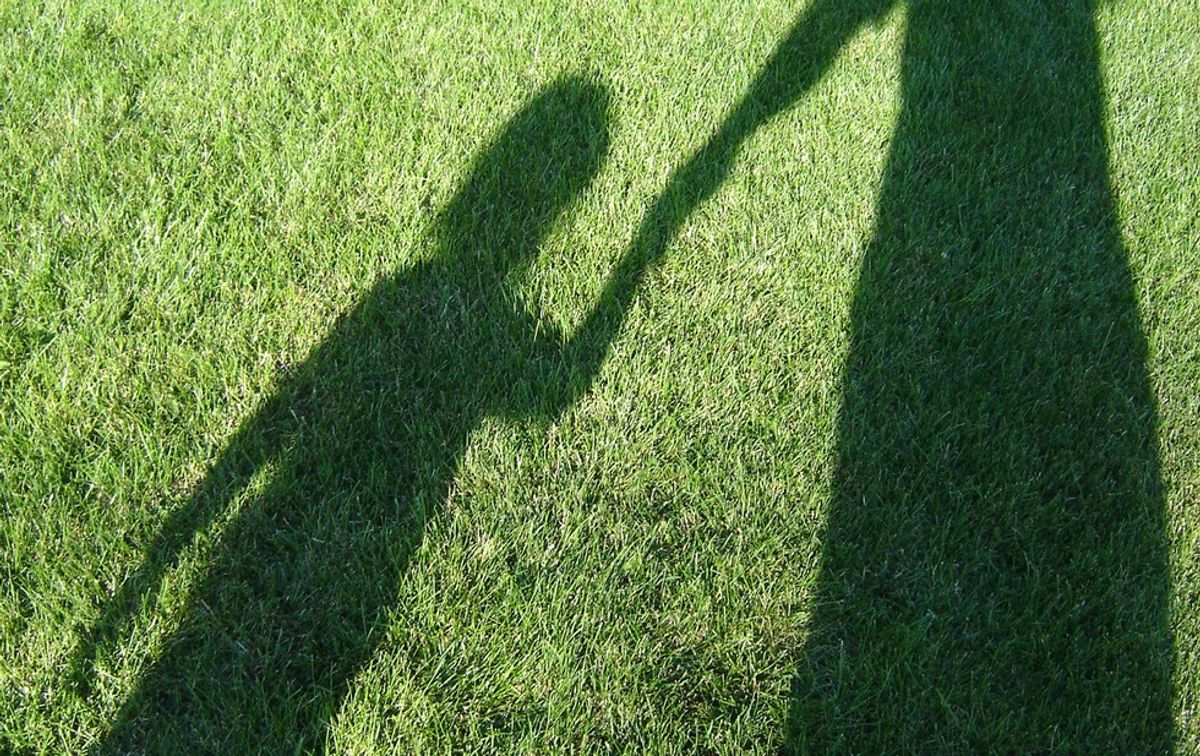 My Life My Perspective

Caroline bit, bit, bit, bit until her finger had a heartbeat. That stupid hangnail was hanging on by a thread. She bit one last time, pulling the last thin flap of skin off. For a second there was no blood, as if the nail was in shock. All of the sudden a pool of blood bubbled up and out of the raw wound. Caroline looked down at the blood with wide eyes. With no hesitation she sucked on her finger, tasting the rusty bitterness. She puffed her lips in a pout and looked around. She was out of blood. She meandered down the hall and heard her parents yelling. This was no surprise.

“Just go, run along with your whore and get out,” Caroline’s mother yelled out. Her voice was raspy and exhausted.

“She’s not like that, and I can’t help the fact that I have feelings towards her.”

“You were weak and gave up on everything we were for what? For a woman half your age who let’s you forget about obligations and stress in life. Who makes life exciting for five seconds?”

“I’m not the only one at fault here, Joan. Remember that when I am gone.”

“Fine. I can’t do this anymore,” her dad took one last, long sigh.

Caroline looked back down to her swollen cuticle. It was still pulsing, but she didn’t mind. In fact, hearing her heartbeat in other parts of her body brought her great satisfaction. If only there was a little more blood to suck on. She hid behind her parent’s bedroom door as she saw her dad shuffle down the stairs. He grabbed his car keys and cap and let himself out the front door. The door creaked behind him. Joan asked him to fix it months ago, along with other things.

Puffing her cheeks out, Caroline crept out from behind the door and meandered into her parent’s bedroom. There was no sign of Joan. Caroline sat at the edge of the bed, looking around the room. A broken frame. Her dad’s buttoned down shirt crumpled on the floor. An empty glass of wine crusted over with a burgundy film. These were the first objects Caroline saw. She was pretty sure that wine glass had been there the whole week. And the broken glass of the frame, that had been there for some time. She crouched down to pick up the shards of glass. She picked up a small piece and grinded it into her palm. She slowly opened her palm to see a small, fresh cut. She grinned and put her palm to her mouth.

Her mother pulled her up from the ground and brought her to her bedroom.

“Is daddy coming back?”

“I don’t understand why he is gone.”

“Baby, you’re eight. This is something you shouldn’t have to deal with.”

With that, Joan kissed her daughter on the head and walked back to her bedroom. The pieces remained scattered and broken for the night. The frame, Nick’s shirt, and the wineglass would get cleaned up soon enough. Joan put her heavy hands onto the counter of her sink. She looked at herself in the mirror and tensed her face. She rubbed her eyelashes until the black of the mascara clumped onto her eye bags. She kept rubbing until her skin reddened in irritation. He’ll pay. Just you wait. He’ll pay. Pay. Wait. He. Will. Just. Wait. He… She held her hands on the side of her temples and squeezed them until she felt pressure.

Caroline woke up to glass breaking. She grabbed her stuffed animal, Rasco and tiptoed into her mother’s bedroom.

Her mother was hovered over her dresser. There were several candles burning; some seemed to have been burning for quite some time. The wax was creeping its way down the dresser and onto the floor.

Her mother turned around, holding what appeared to be a doll in her hand. It was made of yarn and had black stitching for a mouth. It had one button eye and one stitched X over the other. There was a blue sweater covering the body with yarn unraveling on the sleeve.

“Baby, what are you doing up?”

“I heard a noise, I,” Caroline looked over to see the wine glass shattered on the floor. Don’t go pick up a piece. Don’t let her see. She took a deep breath.

“Did you make that?” Caroline pointed to the doll.

“What are you doing with it?”

Joan chuckled as she brought the doll closer to her face. “I’m going to make daddy pay for what he did. Daddy was being bad. I made this doll to help punish daddy.”

“You’re going to punish him? Like when you put me in a time out?”

“Not exactly, baby. Don’t worry though, my love. Daddy will get what deserved. Momma will never leave you like he did.”

Caroline nodded her head and she turned to go back to bed. She looked back, watching her mother place the doll on the dresser next to the candles. She began mumbling some words and grabbed a needle with a red dot on the end.

He never loved me; so he will never love again. He played with me, death it will have to be.

Joan closed her eyes and whispered these words, poking the doll with the needle.

He never loved me; so he will never love again. He played with me, death it will have to be.