No form of violence can be justified, even in self-defense. 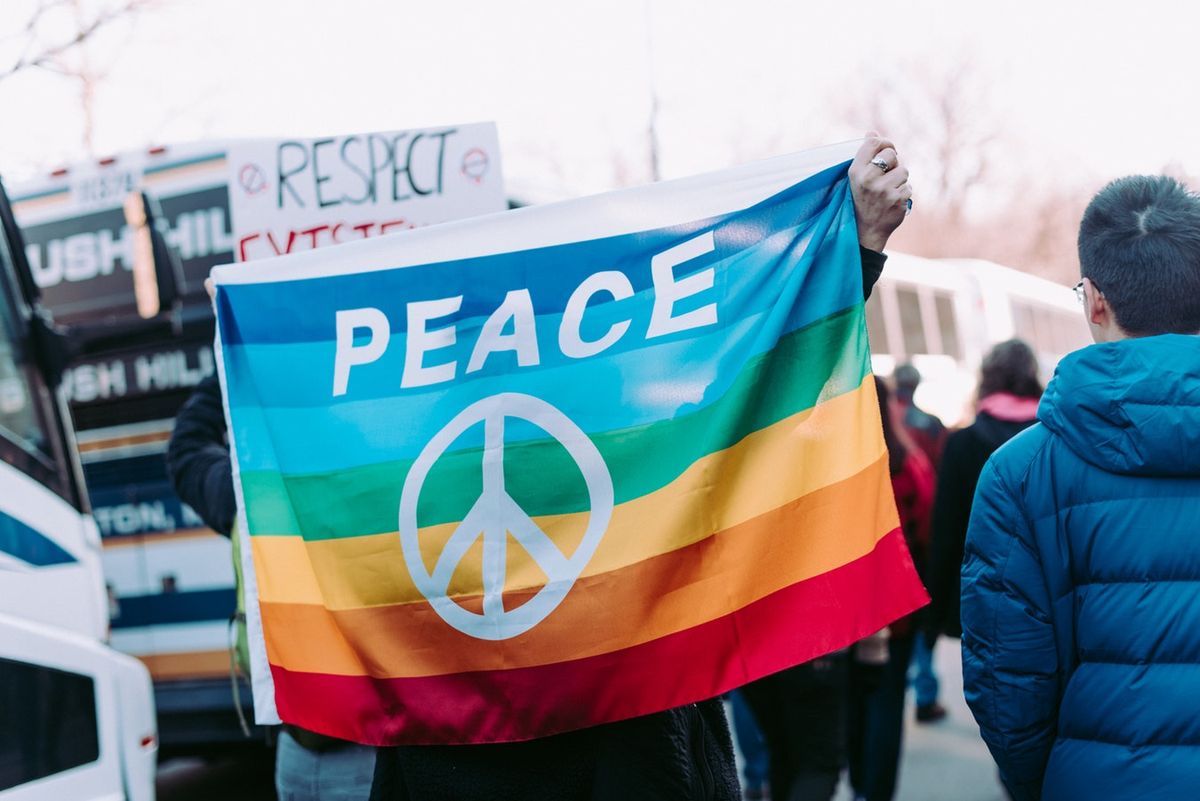 For many people, pacifism is a theory, something that can be discussed in abstract terms but can never actually be put into practice. As a self-proclaimed pacifist, I cannot deny the validity of such a characterization, but nonetheless, I still believe that pacifism can be more than just an idealistic concept.

Often the word pacifism is associated to a certain attitude during war times i.e. anti-war, conscientious objector, etc., but really it’s denying the justification of any form of violence, from the death penalty to spanking kids as a form of punishment. From these examples, you can deduce that most people inflict violence on others because they believe the victim has done something wrong.

Now, pacifism does not look to state that, morally, there is no right or wrong and thus no one is deserving of being punished. In my opinion, pacifism is just the opposite, in that people do wrong and that is precisely why violence shouldn’t be used against them. I know this seems paradoxical, and it is, but hopefully, by the end it will make sense.

This may seem redundant or obvious while simultaneously being vague but let me give the common example of revolution. Revolutions, often with the use of violence, seek to overthrow corrupt governments to replace them with a just government or some other form of social order. While this may appear noble, and perhaps it is, history shows us (at least the history I’ve encountered) that no revolution has fully succeeded in solving all the problems it intended to solve, giving us an example of the impossibility of knowing the ends of our actions. Therefore, violent acts of revolutionists have only been proven to lead to one thing: violent acts.

The other kind of violence people often justify is self-defense. This initially seems justifiable in that if someone is threating to end your life you have the right to defend yourself, even if that means killing another person. Or in other words, this is a kill or be killed situation, but in such situations, the pacifist still doesn’t justify using violence, even if that means accepting death.

This is without a doubt absurd, yet, let me try to explain why this is the only course of action for the pacifist. If a would-be killer is guilty because they wish to end someone’s life, then the same can be said of the would-be victim, who, for completely different reasons, also wishes to end someone’s life. Therefore, if one wants to remain completely innocent of doing harm or wishing harm on others then they must accept, in this kill or be killed scenario, to be killed.

Perhaps the best way to put this would be that it’s the preservation of innocence. Earlier I mentioned how people use violence because they believe someone to be guilty of something, but in this case, the violence is used against the innocent and thus no possible justification can be found; by doing so, the pacifist states “I die with innocence, but you must live with guilt.”

From this, it sounds as if I believe we should let others do violence, evil, harm, etc., in hopes that they will acknowledge their guilt by seeing the innocence of their victims. And that’s exactly what I am suggesting. This idea is nothing new, and I was first introduced to it in the film “Winter Sleep," but I’m sure there are plenty of essays with a similar idea.

I know I talked about how pacifism can be more than just an idealistic concept, and that this idea, of allowing people to do violence to stop violence is incredibly unrealistic, but I persist with it nonetheless. If we continue to answer violence will violence, the only thing we can produce is violence, but perhaps by answering violence with peace, we will produce peace.
Report this Content
This article has not been reviewed by Odyssey HQ and solely reflects the ideas and opinions of the creator.